Film Review: The Greenhouse is an ambitious, fantastical exploration of grief and self-acceptance 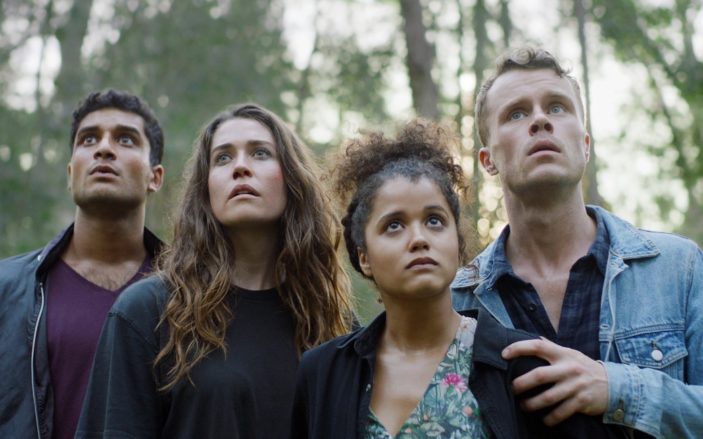 Whilst The Greenhouse isn’t always cohesive in its fantastical exploration of grief, Thomas Wilson-White‘s drama is nonetheless an impressive, ambitious debut that takes bold swings throughout its narrative, detailing how the coping mechanism regarding loss is always a uniquely and individually tailored experience.

Still grieving the loss of one of her mother’s from years prior – Lillian (Rhondda Findleton) – Beth (Jane Watt) took it upon herself to stay at home and care for her surviving mother, Ruth (Camilla Ah Kin), in spite of the fact that she herself is the one that needs to practice her own self-care; something her adopted siblings all constantly remind her of.  On the eve of Ruth’s 60th birthday, Beth uncovers a magical portal buried within the family greenhouse, one that allows her to transport and review specific memories of her life.

Whilst Beth herself exercises typical traits as the oldest sibling (i.e. she unnecessarily mothers her brothers and sisters), Wilson-White’s script wisely frames this as her own self-appointing.  There’s a resentment she harbours towards her family, who have all gone on to live their lives and found comfort and security in either their careers (her sister is an actress on a prime time program) or their sexuality (one of her brothers is openly, and happily, gay), and Beth’s stance as the strength pillar was her own way of masking any pain.  The further she continues to explore her own past through the greenhouse, the more her emotions unravel, at once realising that her mother didn’t need caring for following her partner’s death and that her own burying of her true sexuality silently destroyed her parents who believed their lifestyle was something she was ashamed of.

The greenhouse portal is introduced in a particularly understated manner, and whilst Wilson-White should be commended on adopting such a subtle temperament for such an outlandish ingredient, the film itself feels a little off-centre as their is no context surrounding it.  Though it could be seen as an illusionistic metaphor for Beth’s own processing of her grief and regret, her discussing the greenhouse’s physicality with her family takes away from its symbolic nature, which leaves the film with an off-kilter balance.

Though The Greenhouse doesn’t always execute its ideas with streamlined precision – the film’s backend nature leaning towards a more horror mind-frame doesn’t gel organically with what came prior – the family dynamic present helps keep the film relatable despite its premise.  The fantastical elements could have been explored further as Wilson-White shows an eye for horrific poignancy, but in keeping his story as grounded as possible, The Greenhouse earns visitation rights as a fascinating view on torment and self-acceptance.

The Greenhouse is available to stream on Netflix from February 16th, 2022.