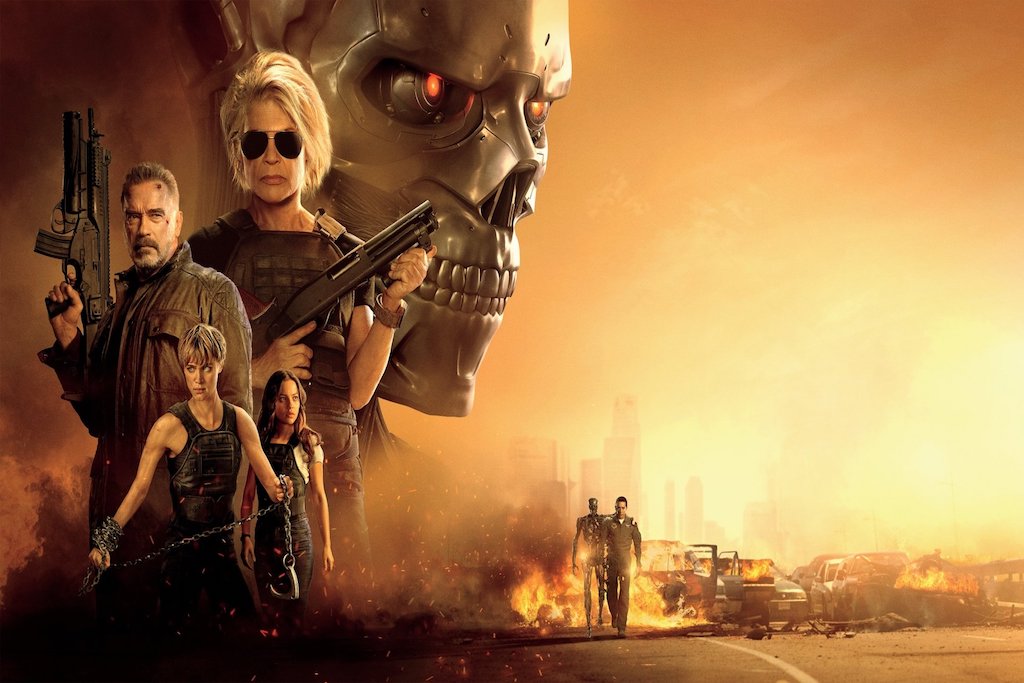 The release of Terminator 2: Judgement Day in 1991 was proof that the oft-expected “inferior sequel” is a projection able to be shattered. It surely helped that that film was helmed by the original director, James Cameron, and in bringing the visionary filmmaker back on board for this fifth sequel, there’s somewhat of an expectation from long-suffering fans that Terminator: Dark Fate will be a continuation worthy of its trouble.

Terminator 3: Rise of the Machines (2003), Terminator: Salvation (2009), and Terminator: Genisys (2015) were all made with the best of intentions, and regarding the latter two (coincidentally the lowest received films of the series from a critical standpoint) the hopeful jumping bases for trilogies that never came to fruition. But, their failures perhaps are best recognised that it’s Cameron who should always have his fingers on the series’ pulse in some manner.

Returning twenty-eight years later to the franchise that solidified his status as an ingenious in his field, Cameron maintains executive producing credit whilst trusting Deadpool director Tim Miller with overhead duties, resulting in a fine, though generic actioner that’s main selling point is the anticipated return of original heroine Linda Hamilton. She’s a welcome presence to be sure, but her gun-toting-and-Arnold–Schwarzenegger-sparring can’t disguise the fact that Dark Fate isn’t bringing anything new to the genre table.

Ignoring the aforementioned trio of sequels that were trotted out in sporadic succession to announce itself as the official third entrant in the series, Dark Fate initially links itself back to the fateful Judgement Day of T2, highlighting Sarah Connor’s (Hamilton) success in preventing the end of days; this opening sequence treating us to a brief T2 reunion of sorts with a CGI de-ageing of Hamilton, Schwarzenegger and an impressively rendered pre-teen Edward Furlong as John Connor.

Cutting ahead to Mexico City 2020 and hard-working brother-sister duo Diego (Diego Boneta) and Dani (Natalia Reyes) steal our focus as the film lays some brief groundwork to indicate their simple lives will soon be upheaved. You see, Dani’s very existence holds the key for the survival of the human race (stop me if this seems familiar) and an extremely resilient Terminator known as Rev-9 (Gabriel Luna) has been sent back from the future to wipe her out.

Luckily for the plucky Dani then that the human resistance have sent back an augmented human, Grace (Mackenzie Davis), to protect her at all costs. Throw in Sarah’s persistence in hunting down any and every thing that resembles a Terminator, as well as the original T-800 (Schwarzenegger) hoping to prove his autonomy and repent for his pre-Judgement day sins, and you have a plentiful-stacked narrative that’s bouncy and distracting for its 128 minute running time, but unlikely to stay with you once it has wrapped itself back up.

Whilst Reyes is a passable action heroine, and Davis and Hamilton feel particularly at ease in the physical stakes, the emotional connection that the original film and its sequel were able to create is a sorely missed ingredient here. Much of what made T2 so special was that it flipped the expectation of hero vs. villain and transformed the villain into a hero, leading its audience to warm to Schwarzenegger’s seemingly cold Terminator in the same capacity that Sarah and John did. There was a beating heart underneath the explosive action set-pieces that Dark Fate unfortunately doesn’t emulate; this film does earn effort points though in bringing out Schwarzenegger’s knack for deadpan comedic delivery, and the banter between him and Hamilton’s conflicted Sarah injects proceedings with some much needed levity.

Though calling Dark Fate the best Terminator sequel since T2 is low praise, it can’t be denied that as a third episode in this series it presents enough passable ingredients to close out this chapter. Fans of the franchise have been promised time and time again that whichever story Hollywood deems “the next chapter” will be on par with expectation, and we should really all know better by now. For what it is, Dark Fate is suitably action heavy and enjoyable as surface-level fodder – nothing more and nothing less.