Film Review: Rosaline is a charming reimagining of the world’s greatest love story 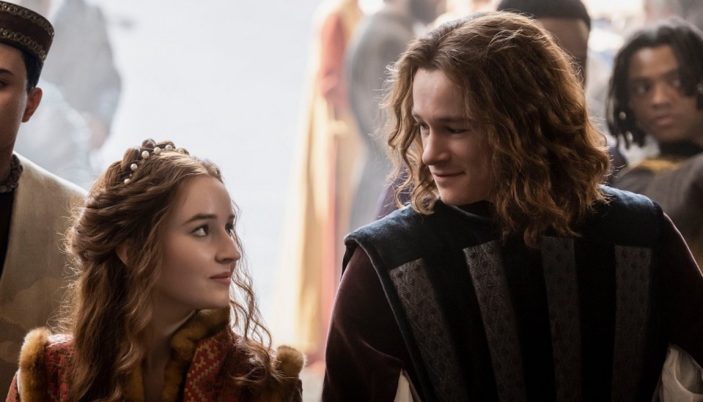 Before Romeo & Juliet, there was Romeo & Rosaline.

Adopting a personality that takes inspiration from the likes of Baz Luhrmann’s Romeo & Juliet, 10 Things I Hate About You, and A Knight’s Tale, Rosaline is a charming romantic comedy that manages to present its meta commentary on the pros and cons of Shakespeare’s work in a self-aware fashion, further elevated by the effortless charm and comedically inclined Kaitlyn Dever as the titular ex.

Though set in the appropriate Shakespeare period, Rosaline is very much a modern film at its heart.  The costumes and scenery may say 14th century, but the sensibilities scream otherwise; when characters speak in verse, others are quick to ask “Why are you talking like that?”, and Rosaline’s disdain for gender roles, like the notion of arranged marriages or alarming guests when she speaks at her own dinner table, is hardly in tune with what’s expected of women of that time.

You can only imagine her joy then that she has found Romeo (a charismatically himbo Kyle Allen), her supposed soulmate, who secretly climbs to her window every night to recite poetry and wax lyrical on their plans to runaway together.  Of course, given that we know some broad named Juliet captures Romeo’s heart, we’re waiting for such an introduction, so when he locks eyes on Rosaline’s beautiful cousin (Isabela Merced is an absolute delight as the destined Juliet) fate appears to be sealed.

Though what follows is a little cliché in that Rosaline hatches a pyramid of schemes in order to win her man back – complete with assistance from bestie Paris (Spencer Stevenson, very much enjoying his time playing into the stereotypes of the gay sidekick oft present in such teen revenge films) – it continually transcends its conventionalities thanks to its reliable ensemble, with Dever charging ahead of the pack.  Merced provides wonderful support, earning some grand laughs herself, whilst Bradley Whitford and Christopher McDonald as Rosaline and Romeo’s respective fathers, and Minnie Driver as the household’s “registered nurse”, similarly keep Scott Neustadter and Michael H. Weber‘s humorously-littered script a biting experience; the use of the film’s lone F-bomb is a treat!

An entirely charming production that furthers 2022’s successful romantic comedy quota, Rosaline has a grand time reimagining the world’s greatest love story, taking someone who has always been referred to in a cautionary manner and transforming her into relatable presence who wears her jilted ex-lover moniker as a badge of honour.

Rosaline will stream in Australian on Disney+ under the Star banner and on Hulu in the United States from October 14th, 2022.