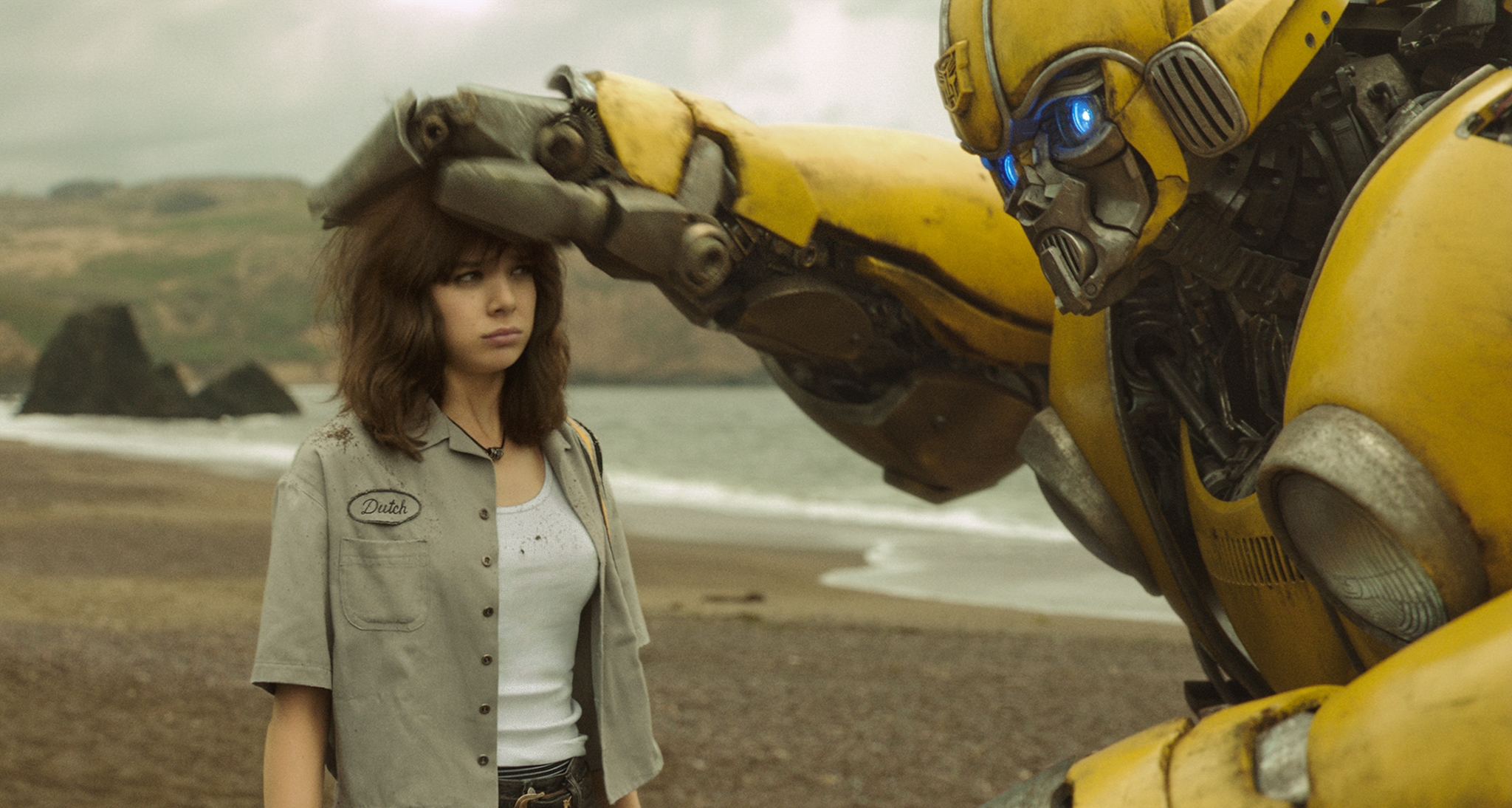 The Transformers film franchise has been in devastating lows these past years. Although one can expect that from a franchise that is based on a line of toys, any film based on a toy can be a good film like the LEGO films. Aside from the 1986 cult-classic animated film (which featured Orson Welles as Unicron!), the live-action films have been met with negative critical reception.

Despite the fact that the film features the simple premise of robots that can transform into vehicles hitting each other, it’s a shame that Michael Bay cannot transform into a proper director and is unable to make a fun experience, even after five films. Apart from the annoying caricatures of characters, the over-plotted semblances of stories and the badly edited action sequences, the biggest problem was the incredibly leery and onanistic (both figuratively and literally) sense of humour that is downright creepy, sexist to the point that Bay made a joke about statutory rape. And this is a franchise directed at children!

After Bay decided to back out of the director’s chair (after many times claiming to do so, yet never did), we now have the prequel/spin-off/course correction film Bumblebee. Although one may be hesitant of another Transformers entry, Bumblebee comes saddled with lots of talent.

Director Travis Knight is best known for his contributions to critically acclaimed film under the Laika studio, particularly his directorial debut, Kubo and the Two Strings. And the film also has two female screenwriters including the up-and-coming Christina Hodson (who has Birds of Prey [and the Fantabulous Emancipation of one Harley Quinn]) on the pipeline; and the uncredited Kelly Fremon Craig, whose last project was writing/directing the very well-received coming-of-age film, The Edge of Seventeen.

And we have the cast of Hailee Steinfeld, who is a fantastic actress whose talents in films like True Grit remake and The Edge of Seventeen have been sorely underused; John Cena, who is a great comedic talent that transcends his colossal stature and Jorge Lendeborg Jr., who’s a rising talent since the Sundance film, Brigsby Bear and the queer teenage rom-com Love, Simon. With all the talent involved, will Bumblebee exceed the low expectations and not only be a good Transformers film, but also be a good film that can stand on its own bee’s knees?

Set in 1987, the planet Cybertron is under chaos as the Autobots, led by Optimus Prime, are on the verge of losing their civil war against their enemies, the Decepticons, and begin making preparations to leave the planet. One of the Autobots, Bumblebee (temporarily voiced by Dylan O’Brien) escapes the planet and finds refuge on Earth, in a junkyard in a small Californian beach town.

It is there we meet Charlie (Hailee Steinfeld), a grieving teenage outcast who is traumatized over the death of her father. Introverted, resentful towards others, she finds refuge when she discovers Bumblebee and the two develop a sacred bond. Little does she know, not only are the Decepticons (consisting of Justin Theroux and Angela Bassett doing voice-work) are after Bumblebee, but also the American military via Sector 7, lead by Jack Burns (John Cena).

Bumblebee manages to not only jump over the low bar that Michael Bay had set, but it manages to be a very good film in its own right. In order to do this review, a lot of inevitable comparisons are going to be made with this film and Bay’s entries so if it comes across as director bashing, I sincerely apologize.

First of all, the accurate representations of the robot characters. For fans of the franchise dating back to the 80’s, most of them were disappointed with the way Bay recreated the robots for the big screen, losing their sense of identity. In the case of Bumblebee, they will be delighted to see their characters and environments up on the screen as they are; faithfully recreated to represent their G1 animated series counterparts, including Soundwave with the cassette tape robots.

It helps that the voice cast (including original actor Peter Cullen) play all their parts with gusto, especially Angela Bassett as Shatter. Extra credit also goes to director Travis Knight and the special effects crew for showing the robots transforming slower than the ones in Bay’s films in ways that it becomes easier to marvel at the sight of it, complete with original sound effects. Even the action is shot well, without the rapid editing, tight camera shots and jittery sound effects that Bay usually goes for.

Secondly, the simple and effective story. In the Bay films, there are stories that have many, many subplots that completely crowd the film i.e. romantic subplot, robot subplot, military subplot, hackers subplot, lead character subplot and so on. In the case of Bumblebee, the script and direction trims all the fat and it is told with one main plot, with the subplot involving the military. And they are all told in an enjoyably simplistic fashion and has many 80’s film flourishes like the timely musical choices (especially songs from The Smiths), fleetingly abrupt tone shifts (one scene goes from funny home destruction to family confrontation in a matter of seconds), sense of magical wonder (thanks to composer Dario Marianelli) and even overstated character epiphanies (our lead character struggles to take a dive).

Thirdly, the amiable sense of humour. The script by Christina Hodson (including uncredited rewrites by Kelly Fremon Craig) manage to discard all the leery, misogynistic humour of the Bay films and inject humour that is mostly character-based, with hints of self-awareness, directed towards the franchise origins and even 80’s films. John Cena is the perfect actor to embody the self-aware humour so well, with such sincerity and sternness, he really looks like a G.I Joe action figure come to life. Credit should also go to Jorge Lendeborg Jr., who is charmingly dorky, and John Ortiz, who plays his character Dr. Powell with such glee, that he conveys the go-for-broke caricature that looks like it came from the cartoons.

Thankfully, the performance that does not look like a caricature is Hailee Steinfeld‘s performance. In Bay’s films, many talented actors like John Malkovich, Frances McDormand, John Tuturro and so on are utilized so badly, that they’re basically tools of special effects. In the case of young actresses eg. Megan Fox, Rosie Huntington-Whitely, Isabel Lucas and others, Bay would always use the camera like a tongue over them and it creates a disgustingly seedy vibe that comes off as incredibly off-putting.

Not in the case of Knight’s direction and the script by Hodson and Craig, Steinfeld is given a great character in Charlie Watson. Steinfeld always manages to seek out the truth in her characters and conveys them convincingly, without any fear of making her character unlikable, and Bumblebee is no exception. For a blockbuster and particularly in a family film such as this, she could’ve easily slummed her work, but she imbues her character with much heart and emotion, that she really is the beating heart of the film.

As for the negatives, the film does not have high ambitions and can be a bit cloying and schmaltzy in the drama department, especially when characters sometimes say how they feel instead of just acting it out. But that can be excused due to the target audience, which is mostly children. The 80’s vibe can also be quite blatant at times, but that could also be the aftereffect of seeing other stories out there of the same nature eg. the TV show Stranger Things, the horror film It and so on.

Overall, Bumblebee is a nostalgic bundle of fun, poignant and nostalgic joy with all the 80’s tropes that one could want. Not only is it a good Transformers movie, it is a good movie that stand on its own bee’s knees thanks to the grounded and simple approach to storytelling, director Travis Knight‘s visually appealing and faithful direction, the character-focused script by Christina Hodson (and Kelly Fremon Craig), peppered moments of self-aware comedy (courtesy of John Cena) and a committed and heartfelt performance by Hailee Steinfeld.

Bumblebee is in cinemas from today.