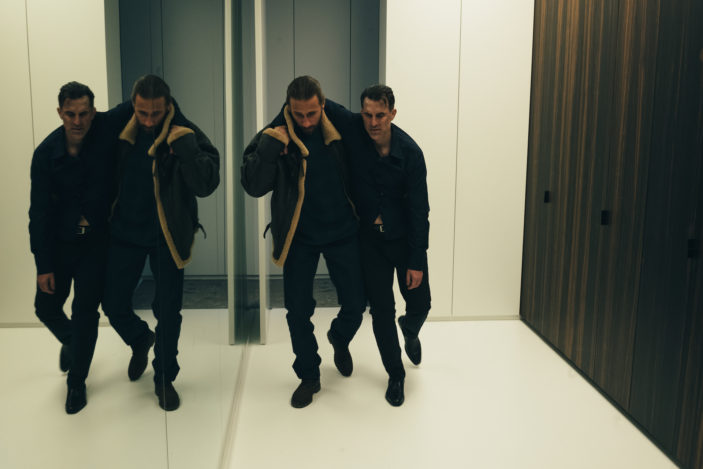 Despite a talented cast that consists of such reliable names as Matthias Schoenaerts, Joel Kinnaman, Ryan Phillippe, and Maika Monroe, Brothers By Blood (originally known as The Sounds of Philadelphia) is an all-too ordinary mob story that seems unfortunately content with coaxing by on familiarity.

Masculinity, faith, loyalty, redemption, brotherhood, a criminal underworld…it’s stock standard in the realms of the genre, and writer/director Jeremie Guez adds nothing to the film’s plotting to set itself apart.  What he lacks in storytelling however he makes up for with his casting and their respective performances, with Schoenaerts and Kinnaman taking charge as childhood friends who have both experienced the brutalities of the world of organised crime; Schoenaerts’s Peter more as a young child (Phillippe plays his alcoholic father in a series of flashbacks) and Kinnaman’s Michael now in the present.

Peter is more socially withdrawn, wanting to keep his head low and out of trouble by biding his time at a local boxing gym, but the unpredictable nature of the more volatile Michael means he’s unwillingly brought back into the crime-led world, and when Michael’s financial woes worsen – which leads to an ill-advised purchase of a racehorse – the bond of their own brotherhood is threatened.

A turf war is inevitable, and whilst Guez hopes to let his story advance without the necessity of violent shoot-outs and stern confrontations, Brothers By Blood doesn’t have a strong enough script on hand to offset these omissions with dialogue and characters that adhere to the cliches we’ve come to expect from films of this variety.

Given the subtlety of Schoenaerts’s performance, which plays nicely off the more live-wire (however stereotypical) turn from Kinnaman, it’s a shame a better movie wasn’t available for the two to spar against each other in.  A sentiment that extends to Monroe too, with the talented young actress being saddled with a thankless role that feels incredibly tacked on to satisfy the romantic subplot quota; a story additive that isn’t remotely earned.

Ironically winding up being a film that fails to stand out from the saturated genre market – in spite of its insistence in downplaying the violent content – Brothers By Blood‘s contemplative state renders the film more dry than dramatic.

Brothers By Blood will be screening in select US theatres, as well as available on demand and digital from January 22nd, 2021.  An Australian release is yet to be determined.