Film Review: Bros thrives on finding the truth within its comedy 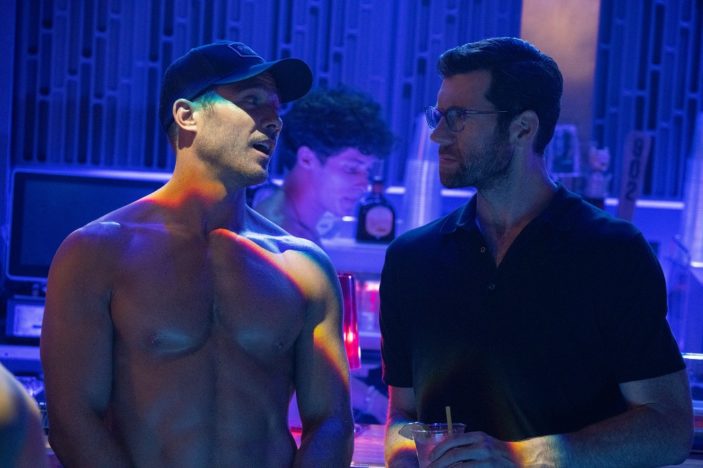 Despite being directed and produced by straight men – Nicholas Stoller (Forgetting Sarah Marshall) and Judd Apatow (Bridesmaids), respectively – Bros still very much has a queer beating heart, thanks to lead actor and writer Billy Eichner‘s distinctive voice and perspective being laced over the film’s personality; It’s 2022 and the queer stereotype needs to be put well and truly to rest, and Bros has a, well, gay old time laying such.

Eichner’s a polarising presence to many, so off the bat when he’s introduced as Bobby, an opinionated, sarcastic (some might even say mean) podcaster (his program is the amazingly titled “The Eleventh Brick at Stonewall”) and director of a proposed LGBTQ museum, his stance on everyone’s differing sexual preferences and how “love is love” is a bullshit statement will either be wholeheartedly relatable or rejected to the audiences in tow – hopefully both hetero and homosexual, as Eichner’s script proves universally funny.

Bobby seems more than content to be single and somewhat tolerate the frustrating dating scene of the hook-up culture (one sequence that I’m sure many a queer viewer will relate to sees him attempt to take a photo of a certain part of anatomy that isn’t exactly favourably returned), so you can imagine his surprise when he meets Aaron (Luke Macfarlane, exuding a charm and a likeability that extends beyond his superficial looks), an extremely straight-acting and appearing gentleman who, as described by Bobby’s friend Henry (an amusing Guy Branum), is hot but “boring”, and hits it off.  Kind of.  Sort of.

There’s flirting, a brief kiss, and awkward exchanges, but Bobby and Aaron end up hanging out in a manner that suggests they’re dating; naturally, Bobby’s compulsion to know every single thought and acting of Aaron leads to many barters over their status and, eventually, a raunch-adjacent sex scene that is sure to illicit laughs from those not afraid to watch.

It’s in such sequences as Bobby and Aaron’s sexual wrestling that the film’s organic nature comes to the forefront though.  Yes, such a scene as this, as well as countless other conversational set pieces, may make straight audiences uncomfortable, but it speaks to the nature of sex – no matter who it’s between – being anything but a smoothly choreographed, porn-esque experience.  Bros thrives on finding the truth within its comedy, and even as the film hits the genre beats we’ve come to expect from such offerings, it never fails to stay self-aware.  Bros adheres to the notion that gay men are allowed to be happy, and if we want a happy ending (however literal or metaphorical) that includes a public song of affection, we’re allowed to have one, damnit!

As much as the film flirts with certain narrative archetypes, it defies them just as often, with Eichner seemingly making it a point to forego the sassy sidekick or close gal pal whose dating woes mirror that of her gay bestie; this alone makes Will & Grace‘s perennial hag Debra Messing‘s foul-mouthed cameo even funnier.  Bros isn’t exactly just switching out a standard romantic comedy matching with two men to appear as if it’s breaking tradition (this isn’t quite How To Lose a Gay in 10 Days).  It’s following a familiar formula, without question, but it’s Eichner’s insistence on redefining how queer people are presented that truly earns the film its ceiling-breaking moniker.  No longer will gay men that don’t build their personality around their gym routine, or people of colour, or those that identify as bi-sexual, or the trans community, be marginalised within society; sorry not sorry, but everyone’s preferences and identification is valid, and Bros showcases this with enough biting humour that maybe, just maybe, unversed audiences will take a little extra time to listen and absorb as such.

Whilst some bouts of humour and through-line references may not quite land with the straight audiences in attendance – it’s okay, we’ll explain all once those credits roll – there’s enough set-pieces on hand that provide universal humour.  A far more effective and meaningful cinematic experience than might be expected given its fluffy, comedic packaging, Bros is sure to resonate deeply with many a queer audience member.  It lets us be seen in a way that doesn’t demote us to a continual cliché, and even when we are presented as such, we’re so far in on the joke that being accused of stereotypicality is something of a badge of honour.

Bros is screening in Australian theatres from October 27th, 2022.