Film Review: 1983’s Ozploitation classic Hostage is little more than a Lifetime movie with sporadic moments of exploitation thrown in 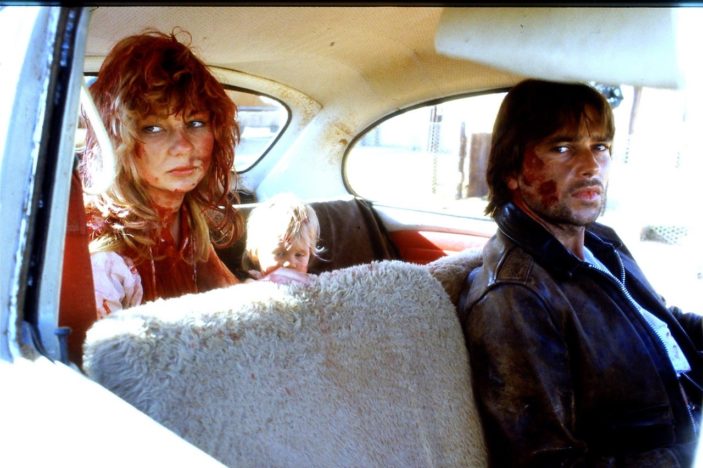 Given the fact that Hostage has something of a reputation for being one of Australia’s biggest Ozploitation films, you’d be forgiven for assuming it would live up to its supposed status.  And whilst the opening credits suggest the film to come will be one heavy on uncomfortable violence – there are sudden, furious flashes of a woman suffering at the hands of domestic violence intercut with footage of various vehicles barrelling down an Australian highway – it ultimately adds up to little more than a Lifetime movie with sporadic moments of exploitation thrown-in in a bid to make it appear more sinister than it truly is.

By no means am I suggesting the narrative at hand isn’t sinister though – the true story it’s based on is appropriately tragic – but it’s presented in a manner that prevents it from ever hitting as hard as it deserves to.  Before Hostage dwindles into melodramatic nonsense, we’re introduced to the fun-loving Christine (Kerry Mack), a young, blonde carnival worker who is clearly in no shortage of male suitors.  The one suitor she’s only lukewarm on is Walter (Ralph Schicha), a suitably handsome German immigrant that she only views as company in the most physical of senses.

This would all be well and good if Walter wasn’t legitimately in love with Christine, and due to his serious disconnect from reality, he essentially blackmails her into a relationship with him; getting her pregnant and whisking her away to Germany only furthering his control over her.  And though one could expect the film’s story to skew towards a Stockholm Syndrome-type mentality, Christine never develops feelings for Walter beyond confusion and fear, which makes Hostage all the more frustrating that the opportunities presented to her to leave the situation are never taken advantage of.

As it is based on a true story, I would never wish to suggest that the real Christine didn’t suffer.  A manipulative, complicated relationship based on lies and brutality is something that should never be considered in a light matter, regardless of how it is presented as a subject.  Even taking away the obvious 1980’s era style of filmmaking though, Hostage can’t help but feel like a light-take on a situation that should be terrifying, but feels utterly timid.

Hostage will be available on Demand through Umbrella Entertainment’s website and other select platforms (Google Play, Fetch TV) and on DVD/Blu-Ray from May 6th 2020.