Dave Bautista on learning as an actor, working on independent films and what he hopes fans will take away from Guardians Of The Galaxy Vol 2

With the forthcoming release of Guardians Of The Galaxy Vol 2 in cinemas, the hotly anticipated sequel sees a bunch of mischievous criminals saving the galaxy, yet again. One of those criminals happens to be Drax The Destroyer, played by Dave Bautista. In the next installment of our interview we discuss what he’s been learning as an actor, getting to work on independent films and what he’s hoping fans will take away from the new film. Read the first part of our interview HERE.

When it comes to performing a unique character like Drax, one who has a physicality but also an emotional depth it’s worth querying whether there was anything Bautista wanted the opportunity to showcase in the new film. For many fans the character was beautifully, innocently naive and also unintentionally funny so it made him both likeable and occasionally relatable. Bautista admits that he initially thought they would want to showcase more of Drax’s physical strength and action in Volume 2 but it was his comedic nature that director and screenwriter James Gunn wanted to bring to the fore.

“There’s nothing that I wanted to do that I wasn’t given the opportunity to do. It’s always been a goal of mine to show a full range of emotions for a character, and that’s what I wanted to do because that’s kind of my challenge as an actor. With Drax I just took it across the board, got to show off everything, my comedic side, my dramatic side, my very emotional side and the action part of the character. For me it’s more challenging, it’s more interesting because I think if you go the other way and you do the action character, it’s kind of a no-brainer. It’s kind of easy, it’s predictable, but I don’t want to be predictable. I want to be entertaining.”

“I can’t really take credit for it. It’s all the writing of James Gunn. The funny thing is when we were going into the second film I thought that they were going to focus more on the action side of Drax. I thought I would have more action sequences and be more of a badass to be honest with you. When I read the script I noticed that they went the complete opposite way and it was actually more of a comedy role for me. It really focused on a lot of laughs and a lot of good laughs, a lot of good humour”

Prior to becoming an actor, Bautista was better known in the bodybuilding and wrestling circles. Having won the WWE World Heavyweight Championship four times and the WWE Championship twice, as well as dabbling in MMA (Mixed Martial Arts) he then transitioned over into acting. The challenge of this unusual career change has been the main motivator to keep pushing him further into this craft. And Bautista throws much of the credit behind his ever-growing and successful career to having starred in the first Guardians film.

“I couldn’t even explain how much it’s not only helped me, but also opened doors for me, because after the first Guardians came out is when doors opened. It’s when I started getting phone calls, when I started getting offers. I got the opportunity to play really great characters and great roles. Even in the future and this coming year I have great opportunities to perform and real acting roles. That’s what I was after, that’s what I left wrestling to do, was act.”

“It’s still a challenge for me and it’s something I struggle with and I’m still self-conscious about, but that’s why I kind of fell in love with it. That’s why it became a new passion in my life, is because it was so challenging. I definitely wouldn’t say that it’s become a second skin, but I am becoming a stronger performer.” 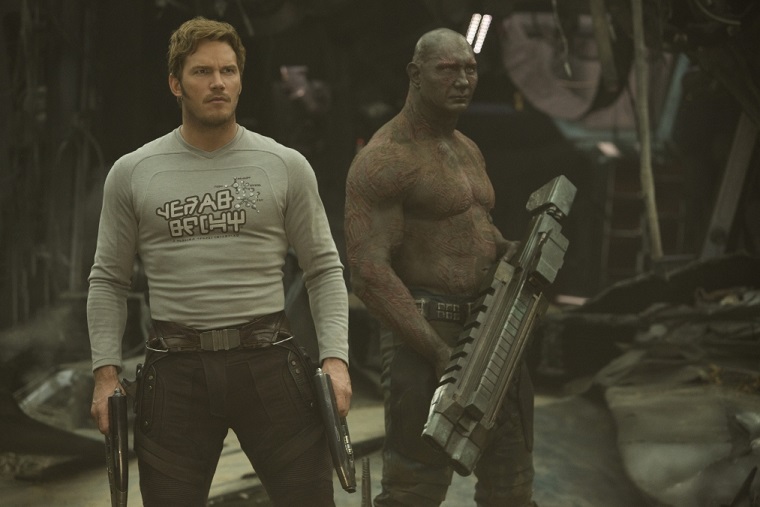 Bautista considers that the depth and variety of a singular character like Drax has truly enabled him to to get better at acting. That having a character who can have dramatic moments, as well as comedic moments has helped him to grow and provided a wealth of new experience.

“Absolutely. You pretty much just said it all right there. It really has, it’s not only helped me grow as an actor, but I’ve done some work that I’m pretty proud of, some independent films, not so big films, but performances I’m really proud of. Then it’s also landed me some great jobs that are very exciting. I’m going to be doing a film with Jodie Foster later this year, which to me, was something I never would have dreamed of even a few years ago before I landed the first Guardians. That’s where I feel I’ve really become a stronger performer, is on the smaller films because I have more freedom to actually have input on the character.” 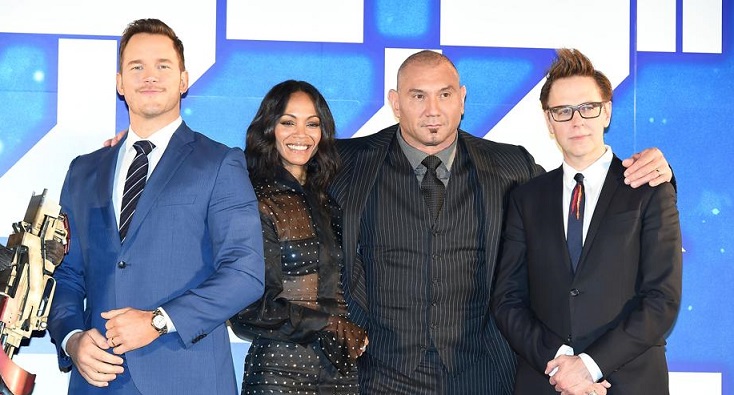 Surprisingly if you take a look at Bautista’s growing filmography on IMDB you’ll notice a nice mixture of big budget films as well as smaller independent films. The safety net of being part of a huge Hollywood blockbuster franchise has given him the opportunity to hone his craft in smaller independent films; whilst still being financially secure enough and bankable enough to be offered roles in larger studio productions. Not to mention giving him the opportunity to work alongside actors that he respects, admires and looks up to as he continues his journey.

“It’s really one of the great things about having big films under my belt, all these big, large budget films, is that I get to filter out and do smaller films because I don’t have to think so much about paying the bills. I can accept less money because I just want to perform. I just want to become a better actor. I don’t have to worry as much because I’ve got these large franchise films to fall back on. That’s a huge luxury to have as an actor.”

“Coming up I’ve got Blade Runner 2049, which will be released this year. I have a great part in that and it was a pure acting role. I’m very proud to be a part of that, not only because I’m a huge fan of the original film, but I also got to work with great actors. Ryan Gosling being the lead in that is also one of the actors that I admire the most in films. It was a dream come true for me, but then performing alongside a two time Academy Award winner Jodie Foster, that’s a huge deal for me. That’s in a film called Hotel Artemis and that’s also an independent film. ”

Bautista has made it quite well known that he considers himself a fanboy when it comes to the pop culture realm. He even notes it on his Twitter bio. So it’s no surprise at all that he has his own particular hopes and desires and his own take on what the fans can expect from the newest installment of the Guardians’ franchise.

“Well, a lot more laughs, a lot more entertainment. I think it’s a better film, I think it’s a stronger film and I think there’s a stronger message. If I had to put it in a nutshell, I would say the first film was really the message of a bunch of misfits coming together and putting aside their differences for a greater cause. I think the message we would like to spread in the second film is just a message of love and friendship and family, even if it’s a chosen family. At the end of this film everybody’s going to just be really warmed and feel really good about it. It’s not only you’re going to be entertained, laugh your ass off, but you’re also just going to feel really good about the message we give at the end of this film.” 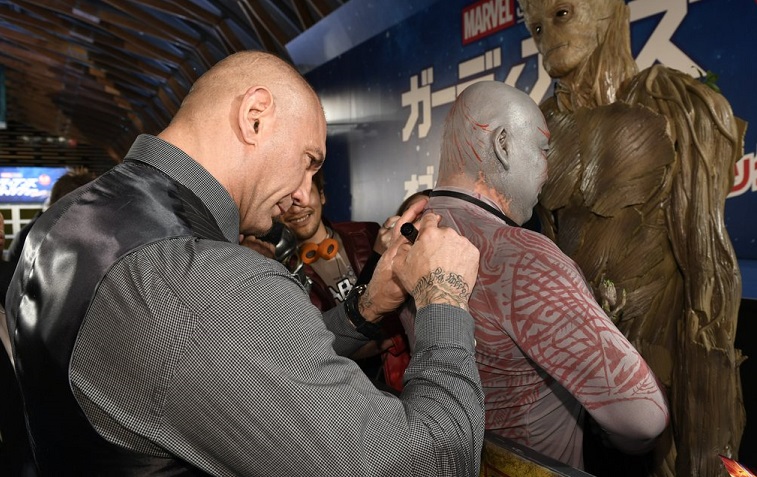 Read the first part of our interview with Dave Bautista here.
We also have an interview with Elizabeth Debicki, who also stars in Guardians Of The Galaxy Vol 2 “coming soon”.