Blu-Ray Review: A Star is Born takes us on stage and into the jam sessions for its home release 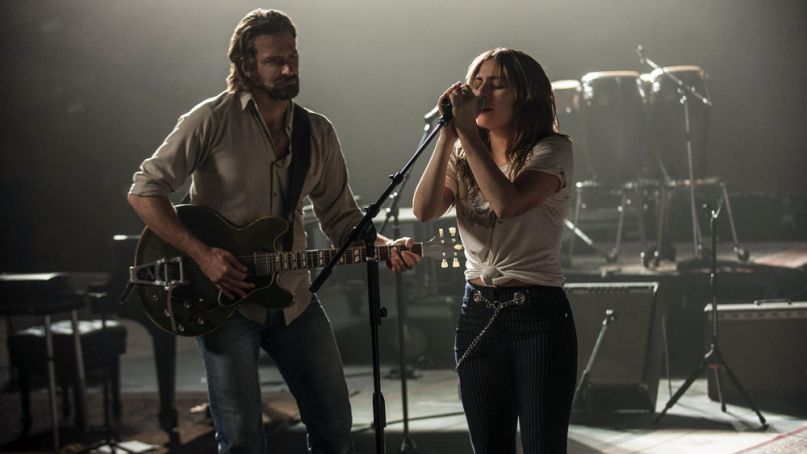 Lady Gaga is not the first singer to embark on the transition from music to film (J. Lo, I’m looking at you), and I doubt she will be the last. However, never before have I seen a musician take this leap with such skill, such talent and such raw emotion reminiscent of a seasoned actor.

Ally (Lady Gaga) is an undiscovered singer in her thirties, seemingly resigned to the fact she will never make it as a performer. By chance, seasoned musician Jackson hears her voice and believes she has real talent, giving her opportunities she had only ever dreamed of. At first apprehensive, with years of rejection holding her back, the encouragement and love from Jackson pushes her to realise her full potential and they begin performing together at his concerts before she goes on to become successful in her own right.

Jackson (Bradley Cooper) is plagued by his own demons, tortured by the sins of the father, but in Ally he finds peace. Cooper’s performance is haunting and one of his best to date. The chemistry between Cooper and Gaga is electric and entirely believable. As the couple continue on their journey, Ally discovers fame and all the illusions of happiness that come with it, while Jackson’s career begins to wain as he succumbs to alcoholism.

With an ending which will stay with you long after the credits roll, A Star is Born is an exceptional directorial debut from Cooper. Concert shots filmed from on the stage made the audience feel as if they were up there with him, presenting an entirely different perspective not often seen. The film utilised close ups of the actors faces, conveying the significance and depth of emotion within the film. This technique also provided no place for the actors to hide – every frown, tear and smile was heightened – this made it deeply personal.

A Star is Born gave me chills – and not just from Gaga’s unbelievable vocal talents – but from some of the most heartfelt acting I’ve seen in years. Considered separately, both Gaga and Cooper delivered mesmerising performances, but together, it was perfection on the screen.

The initial release of A Star is Born on Blu-Ray is a single disc, so the features are limited – but everything on there is of great quality. There’s a making of documentary, “The Road To Stardom”, which focuses on interviews with Bradley Cooper and Lady Gaga, primarily. Running at 30 minutes you get to see them on stage at Coachella and more behind the scenes in the making of the film. It’s great to see this aspect of the film making process, as I did wonder myself how they got some of these shots while I was watching the film.

Beyond this, three “jam sessions and rarities” are included, with two jams featuring Bradley with Lukas Nelson, and a deleted track from the film. There are also four music videos (including “Shallow”, of course) and the ability to cut to any of the songs in the film under “musical moments”, which should inspire plenty of sing-a-long nights. It’s a decent selection of content, and though commentary would have been great, it makes for a solid home release that any fan of the film should get their hands on.

A Star is Born is available on Blu-Ray, DVD and Digital now.

Film Review by Naomi Gall, Special Features for the Blu-Ray by Larry Heath.