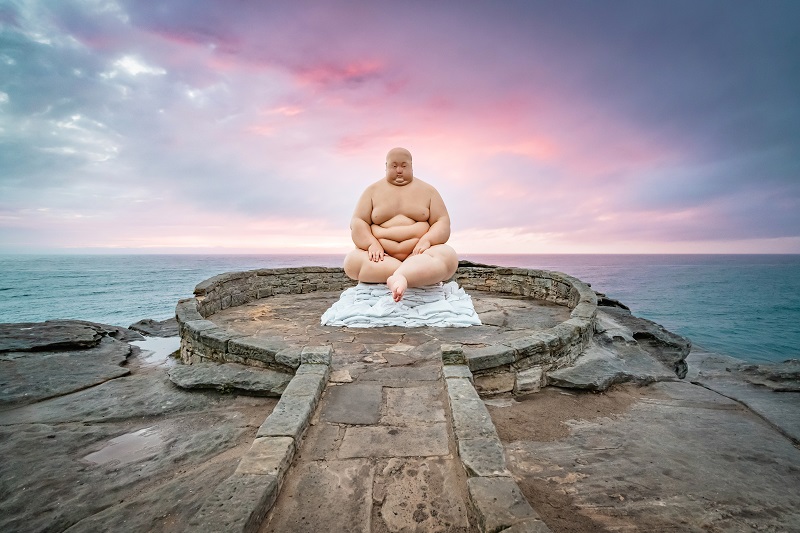 Entering an immersive world of alt-circus performers and steampunk oddities, watching in awe as one of the most beautiful coastal walks in the world is transformed by art, and taking part in deep, serious and playful discussions about what goes on in a city after the sun sets. These are just a few of the things you can do around Sydney over the next few weeks. Make sure you’re across them.

Admire the Works of Sculpture by the Sea

One of the most exciting public art events in Sydney is back for its 23rd year, stretched from 24th October to 10th November along the iconic Bondi to Tamarama coastal walk. You know the deal here: over 100 sculptures by artists from all over the world, displayed along 2km of what is known as one of the most beautiful coastal walks in the country.

As always, you’ve got to be smart about what times you go. The event attracts around 450,000 visitors over the course of 18 days and it can get frustratingly busy. We suggest going later in the day, or first sussing out whatever The Grounds (it’s usually The Grounds) has got popping up in the event’s heart of Marks Park and chilling there until the crowds die down.

The epic three-level Barangaroo House is hosting an ode to all things pink this month, stuck in the currently running Rose Rising festival. After a successful debut last year, the waterfront celebration of all things rose has partenered with Vevue Clicquot, Ruinart and Moet & Chandon to offer up a diverse array of appropriate food and drink specials all month, alongside a special rose vending machine, roulette wheel, pink disco lift, and a slightly obscured “pink room”.

The ground-floor House Bar will be your go-to for frose, rose sangria and the signature Rising Spritz cocktail. It’s also where you’ll find the Moet & Chandon Rose Imperial vending machine, and that Rose Roulette Wheel. A dedicated oyster bar on Thursday through Saturday tops the experience.
Second-floor Bea is defined by a Ruinart Rose Raw Bar which kicks it up a notch with seafood like hiamasa kingfish with rhubarb black pepper and Oscietra caviar. Even the restaurant’s signature Caramel Koala dessert has given itself over to the pink craze, filled with an injection of strawberry for the duration of the festival.

Rooftop Bar Smoke will have a stronger focus on various rose cocktails along with a limited edition snack menu including chicken liver parfait with flamingo gingerbread and a sugary pink macaron with raspberry musk stick and gummy bears.

When: Until 31st October
Where: Barangaroo House;
Website: barangaroohouse.com.au

Help Save Sydney at Global Cities After Dark Forum

Take any city and look at the nightlife – you’ve just examined an important part of its culture, how it’s shaped, how it operates and where it’s headed in the future. A city’s nightlife often comes to define that city, both from a local and a tourist perspective, so it’s important to keep close tabs on it, and the venues which prop it up and make it possible.

Unfortunately that study can also include the government which stunts its development, something Sydney has become all too familiar with in the past few years as the city’s controversial lockout laws suffocated the venues and people which once made it such a vibrant and attractive city after dark.

For those who want to see Sydney flourish back into the exciting destination it once was, or just learn more about how a late-night economy works and how it influences a city’s lifestyle, next month’s Global Cities After Dark forum is absolutely necessary.

Anyone heading along to this program will head from a lineup of international speakers as they illuminate what it is to work behind-the-scenes of a functioning and exciting nightlife, their personal experiences, how they create certain initiatives, and how we can all help rebuild an after-hours economy while unwinding regulatory issues.

This is the third year the forum will pop up in Sydney, bringing with it a provocative program led by night culture specialists from around the globe, including Kae Burke who is best known as the co-founder of Brooklyn’s iconic theatre-infused nightclub House of Yes, Ben Van Houten who is San Fran’s Office of Economic and Workforce Development, and others alongside local speakers like Federal Police Commissioner Mick Palmer and Australian Festivals association and Fuzzy Director Adelle Robinson.

From a workshop on city planning for future nightlife precincts, to a hypothetical on pill-testing and harm reduction, there’s plenty to keep attendees busy during the forum. For the full program head to the website below.

Get Lost on Wine Island

One of Sydney’s quintessential wine events is coming back this year, with Clark Island once again transforming into “Wine Island” for an entire weekend of immersive vino-fuelled harbour life.

In its fifth year, the island festival will be building upon what’s made it so successful in the first place, spreading a festive mix of premium wines, beer, food, cocktails, masterclasses, music, and treasure hunts across the small island from Friday 1st to Sunday 3rd November.

Special Batch & Co Spritz boats have been chartered to reach the island, bringing guests over to be greeted by South of France wines and Mimosa Rock Oysters.

Then it’s on to an adventurous and rather diverse set up of everything from a pop-up cocktail bar called Matso’s Island Oasis and a food truck from Chur Burger, to tastings from Manly Spirits and masterclasses from Wine Selectors.

Camperdown’s acclaimed urban farm-to-fork Acre Eatery is doubling down on their provenance focused approach to casual dining with a series of events over the next few weeks.

This includings an entire (free entry) day of 100 mini pies (26th October) showcasing all kinds of flavours, a long lunch Melbourne Cup celeration (5th November), and a takeover from artisan producer Cupitt (15th November) who will be taking guests through a hosted dinner intended to showcase farmer Adrian Baida’s prized artichokes, amongst other high-quality produce.

They’ll even have a good ol’ fashioned Country Cake-Baking Competition (17th November) to allow locals to show off their baking skills to a bunch of special guests and panellists.

There are more events on the calendar so make sure you check the full information at the website
below.

Where: 31A Mallett St, Camperdown
When: Through October
Website: acreeatery.com.au

Give Yourself Over to Cirque Du Soilel

The famed Cirque Du Soilel and its latest iteration, KURIOS – Cabinet of Curiosities – has been one of the most well reviewed in years. And it’s currently playing, enjoying a recent extension to its acclaimed run which now included an additional three weeks from Wednesday 27th November to Sunday 15th December.

The show, built from a cast of 47 artists from 17 different countries, takes place in a white-and-grey Big Top at the Entertainment Quarter, with writing and directing by Michel Laprise. It follows the fantasy of time coming to a complete stop, presenting an immersive world set in the latter half of the nineteenth century where reality is obscured and perception is transformed.

Where: Big Top at the Entertainment Quarter, Moore Park
When: Until 15th December
Website: cirquedusoleil.com/kurios

Feature image: Sculpture by the Sea.