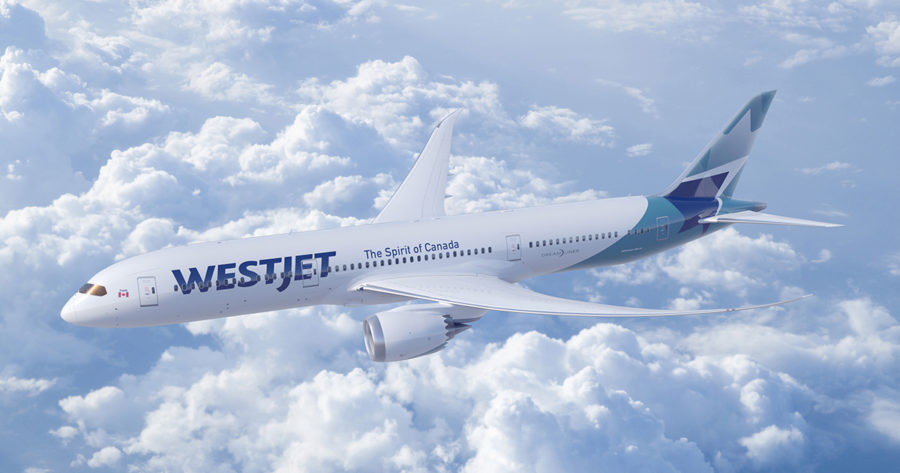 You don’t think of Trans-Atlantic airlines as being ones where you don’t get a complimentary meal on board. But sure enough, there are plenty that don’t offer the service. Most of them are branded as “Budget Carriers”, however, like Norwegian Air, who fly out of the U.S. East Coast to the UK and Europe.

Others, like Canada’s WestJet, have for years sat somewhere in the middle. They started as a low-cost carrier alternative to Air Canada (think what Virgin Blue once was to Australia’s Qantas), but they now sit as Canada’s second largest airline with some $5 billion in annual revenue. But until this year, they didn’t offer free meals on any of their services – and that included flights that went for as long as almost ten hours across the Atlantic (as with the Vancouver to London route), which prompted plenty of complaints. But the airline insisted their passengers “do not want to pay for things they do not need or want, and that includes expensive meals”, and refused to budge on this aspect of their model.

I for one certainly prefer “expensive meals” to nothing, and to people bringing on their own, stinky fast food, which we’ve all experienced. But I digress…

Thankfully, the airline has changed its tune since launching the low-cost carrier Swoop, which has pushed them towards positioning themselves as a true full service carrier. But the changes have been slow, and most flying on most routes won’t have noticed any changes to their services since Swoop launched last year. However throughout 2019, WestJet have slowly been introducing the 787 Dreamliner on select routes. Firstly from Calgary to Europe, and two months ago they added 787 services from Toronto – including a daily service for one of the airline’s most popular international routes, Toronto to Gatwick (London).

Up until late October of this year, the airline had been using their dated 767 aircraft on the route, and on the 7+ hour flight wouldn’t serve any complimentary food – bar some pretzels – and of what limited hot food they did sell on the plane, they had usually run out by the time they got to your seat. I last flew the route in September, and really found it a trying experience.

In one respect, I’m in two minds about the necessity of free food on a flight, especially if it is keeping prices low by keeping it optional, and you know it ahead of time. But when you’re over 4 hours, you just need to eat – and while being able to purchase food in itself should alleviate these concerns, if it’s going to be sold out by the time it gets to you, because the airline didn’t bring enough food for everyone, the argument is null and void. And let’s not forget that in the first instance, they didn’t provide any hot food options to guests with specific dietary requirements, even for a fee. In the case of this flight, if you had been unable to eat dairy, for instance, you would have been screwed.

With the new 787 service, they have introduced complimentary food and drink to all cabins, and yes – they have 8 dietary options available as long as you book it in 24 hours or more before your flight. I have yet to fly on the new Dreamliners myself, but reports are that on the Toronto to London route, two meal options are generally provided, and alcoholic beverages are among the complimentary offerings. The airline provides the menus to guests through the screens on the back of their seats. Early reviews of the service have called it competitive in the full-service market, and it sounds to be a breath of fresh air from an airline who have resisted the enhanced service for so long.

Trans-Atlantic services still exist from the airline, particularly out of Halifax, on the older 767 and 737 aircraft. And they don’t seem to be planning to make any changes to those services anytime soon. So make sure you’re flying on the 787 when you book your flights from Canada to London, should you want to enjoy the complimentary meals. And due to the cheaper costs of running the 787, and the extra passenger count, prices remain competitive on the route. As of December 2019, the only 787 routes from London (Gatwick) are to Calgary and Toronto – though daily seasonal summer services between Vancouver and London will commence on 26th April 2020.

As for whether or not they’ll be bringing a service to Australia, this doesn’t seem to be in the immediate pipeline, however they’ll have to be considering it. Right now they offer codeshares to the country with Qantas, in a deal not unlike Virgin Australia’s partnership with Air Canada. Basically, it’s for direct flights that connect out of LAX. The Dreamliners are already flying to Maui in Hawaii, so surely it’s only a matter of time before they take the leap to New Zealand and Australia.

For more details head to westjet.ca.