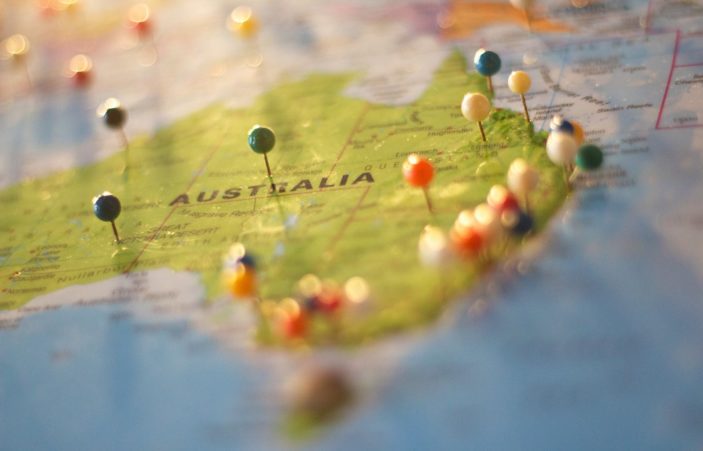 Australia is a true nation of immigrants. According to data collected by the Australian Parliament, an estimated 28.2 percent of the country’s population was overseas-born in 2015. That is very nearly one in three Australians.

With approximately 27.4 percent of its population born overseas in 2018, according to Stats NZ, New Zealand is nearly as newcomer-friendly.

It’s no wonder Australia and New Zealand attract migrants from all over the world. Both countries have strong economies, robustly democratic and stable governance, good infrastructure, vibrant cities, and beautiful landscapes. Their strengths lead not just individuals to move in search of a better life, but firms too. From small and midsize firms like fiduciary services provider Asiaciti Trust — headquartered in Singapore but with a branch office in Auckland — to global giants like Facebook (with locations in Sydney, Melbourne, and Auckland), the region’s strengths are plain to see.

Depending on your country of origin, living as an expat in Australia and New Zealand can feel quite familiar or very different. In either case, transplants to ANZ do need to keep some things in mind.

1. The Cost of Living Is Higher Than You’re Accustomed

This matters not only for new arrivals who expect to be living on tight budgets but for established professionals not accustomed to making do with little space or taking on flatmates. Housing prices in Sydney and Melbourne are comparable to prices in Los Angeles, for example. Even if you believe you can afford a comfortable space of your own in Sydney or Melbourne or Auckland or Perth, do your research before arriving and make arrangements if it seems it’ll be a challenge.

2. Most of ANZ’s Population Is Urban

This has two implications.

One, for expats from more populous countries, the two countries’ actual population figures do not reflect the extent of their urban amenities. Auckland, Sydney, and Melbourne, in particular, are urban centres of the first order — cities with world-class culture, dining, and entertainment.

Two, much of the region remains rural or entirely undeveloped. Many newcomers to ANZ devote whatever free time they have to exploring the amazing landscapes (and water-scapes) that make this part of the world unlike any other.

Shipping cost is directly related to distance, and ANZ is far from the rest of the world. It’s a good idea to un-sentimentally dispose of bulkier possessions you won’t absolutely need in your new home. If you expect your stay in Oceania to be temporary, you can put them in storage; otherwise, sell them. It could be cheaper to purchase new ones when you arrive.

4. It Matters Where You Shop

Another practical money tip for newcomers in Oceania: It matters where you shop. Unlike many countries in the Asia-Pacific region, Australia and New Zealand do not have vibrant street market cultures. Most people buy groceries at supermarkets like Coles and Woolworths, although larger cities have farmer’s markets (also known as green markets) where independent vendors sell fresh produce. For a truly affordable shopping experience in ANZ, find your nearest Aldi.

5. Metering Your Internet Is a Great Way to Save — If You Don’t Need Unlimited Access

Internet access is somewhat dear in ANZ. If you plan not to be working from home or streaming much content, consider metering your access to limit your plan costs.

Moving to ANZ to live and work could be the best decision you make in your life. If you plan properly, that is. Changing your country of residence is a big step, after all, and you’re sure to be surprised during the process by things you wished you’d known earlier.

Note: This article does not take into consideration the Covid-19 Pandemic, which is continually changing the immigration process for coming to Australia. Please refer to the Department of Home Affairs for the most up-to-date information. Headline image: Vivid Sydney.