Toronto Pearson Delays: Flying to the USA with Air Canada – how early do you need to get to the airport? 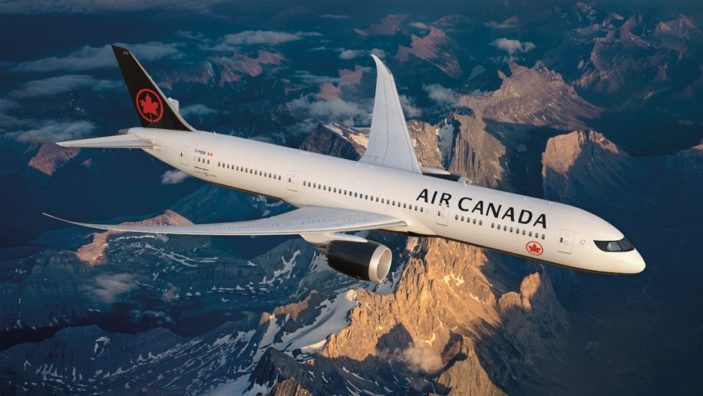 It’s no secret that flying out of Toronto Pearson International is currently fraught with issues and delays. In fact, you may have seen the airport make headlines for having the most delays – affecting more than 50% of outbound flights – of any airport in the world.

Simply put, due in large part to short staffing, Canada’s biggest and busiest airport has been struggling to meet the return of demand to travel. So serious have been these delays, and the issues of staffing, that Air Canada has gone so far as to cancel a large number of flights for the Summer.

So is it really that bad? What is the experience like, flying from Canada to the USA out of Terminal 1’s F Gates at Toronto Pearson with Air Canada?

Here’s everything you need to know.

Delays out of Pearson for flights to the USA have always been exacerbated by the requirement to pre-clear US customs before departure, right after you go through security. So while complaints are just, these sorts of delays are nothing new; as long as I can remember, flying to the US out of Pearson with Air Canada has been a hassle – requiring guests to arrive 2 1/2 – 3 hours before departure, in peak periods.

In my experience, early morning flights are typically the busiest time at the airport, and my 9.20am departure last week was no exception – flying on AC704 from Toronto to New York (LGA). In the end, it took us 2 hours to clear security and go through customs, and that was thanks to a couple of lucky breaks where we were able to skip parts of the queue. For most non-US citizens*, it was a solid 2 1/2 hours – and that doesn’t include the time needed to drop off bags (which generally is a fairly quick process, but it can be harder to predict).

So if that is how it’s been in the past, what’s changed? Well, to combat the growing delays, passengers travelling out of the F Gates can no long start the security process until two hours before their departure, in high traffic periods. So – we were still in the queue when our flight was due to depart.

While this had many passengers sweating, since this process mostly keeps passengers together, you know the plane is always going to wait for you. But here you start to see why Pearson sets the record on delays – you’re given two hours for a process that tends to takes longer than this.

The airline does need to communicate this better, as their documentation still encourages guests to arrive there hours before the flight. Which you still want to do – but only if you have to check in luggage. Otherwise two hours is all you need, because it’s all you’re allowed. And honestly this is a step up from how it used to be – when even three hours in the queue may not have been enough.

This isn’t true for all flights in all terminals, however, so don’t take this as a rule of thumb for any flights other than those departing from Air Canada’s F Gates. Westjet and Delta, for example, fly out of Terminal 3, which has its own set of rules and delays.

Once we made it through security and customs, we made it to our gate about 5 minutes after we had been due to depart, and seemed to be amongst the first to arrive. The plane ended up departing an hour after it was supposed to, so we were thankful to have a moment to grab a coffee and use the restrooms before we boarded.

It was a lovely new Airbus 220 aircraft, so air conditioning was rolling, and large touch screens on the back of seats kept us entertained while we waited, with gate to gate service. USB and USB-C chargers were built into the screens, with two headphone jacks and an AC plug under the seat. A drink service was provided for the short 70 minute flight, with biscuits. Beer, wine, spirits and earphones are available for purchase, as is wi-fi.

The staff were very kind and the seats comfortable. As much as the delays were frustrating, whether in customs, or on the aircraft, that’s preferable to leaving without a large group of passengers who were waiting in the queues. Though, again, better communication to ensure passengers aren’t worried about missing their flight, and don’t arrive earlier to the airport than they need to, would be ideal. Our flight, for instance, was still listed as being “on time” until we got to the gate, while most other flights had confirmed their delays by then.

With all the dramas at Pearson, my best advice is to try and travel with carry-ons only, try to fly after 10.30am outside of peak traffic, and if the route permits, consider flying with Porter out of Toronto City Airport instead, if you want to avoid these sorts of queues and delays. But once you do get through, and make the flight, it’s a very pleasant experience – and wonderful to be able to land in the USA without the need to clear customs. And without checked luggage, we could deplane at LGA and head straight for the bus and into New York City.

It’s worth mentioning that flying into LaGuardia in New York has never been better; the airport is basically brand new, and the Q70 SBS bus is now totally free now out of LGA, taking you to the nearby subway station that will run you straight into Manhattan.

Even better – you can now tap on with your credit card at the turnstile and have your card charged directly, rather than have to get the MTA MetroCard. Just make sure you always use the same card so you can take advantage of two hour transfer windows, and free rides after your 12th in a seven day window of Monday to Sunday. More details about OMNY can be found HERE.

The Bottom Line: Delays out of Pearson are nothing new, but as it stands, getting out of the F Gates is actually easier than it once was. As it stands, if you’re departing from the F gates, and you have bags to check, get there 3 hours before your flight, and if you don’t, get there 2 hours before your flight. You’ll probably get to the gate after your flight is due to depart, but don’t fret – everyone else is in the same boat.

And if you do happen to get to the airport later than that, someone will help you make your flight. Yes, it can be a stressful experience, but the airline and airport are doing everything they can to ensure you catch your flight, and have a pleasant experience in the air when you do. And for that, I can say they are ticking all the boxes in my recent experiences.

Of course, all this information is subject to change, but was correct at the time of printing. We recommended checking with your airline before heading to the airport.

*While US passport holders do have a separate, relatively faster queue for customs, it remains a lengthy process and I still wouldn’t get there later, unless you have NEXUS and priority security screening through your airline.