Last week, the new Australian podcast Portland Unpacked dropped, hosted by Faustina Agolley. The series takes listeners on a comprehensive tour of the U.S. city of Portland. Who would have known though that when they were making the six episode series that it would arrive in our lives just as international travel has been forced to a temporary halt. But given how they produced it, it feels like a welcome escape as we’re all staying home (and yes, you should be staying home right now).

The first episode, which I had the opportunity to listen to at an event in Sydney last month, Agolley sets up the show as one packed full of information about the city, beautifully engineered to envelop you not just in the sound of the city – with the episodes recorded on location and in the wild – but also the sights and smells of the city too. While nothing beats visiting the real place, for those of us not self-isolating in Portland – it’s the next best thing. 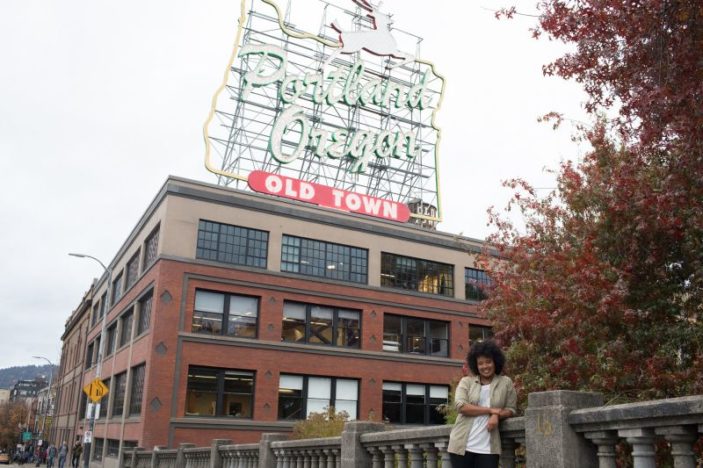 While you’ll meet plenty of locals throughout the Unpacked, the first episode also offers up one of the many Australian connections in the city, as we meet Proud Mary‘s Nolan Hirte – who expanded the iconic Melbourne cafe into the Oregon city. Naturally it’s one of the best places in the city to get coffee. And having been there myself, and hearing the descriptions throughout the episodes, it’s hard not to understand the reason why someone from Melbourne would feel at home in the North Western city.

Zoe Vrabel, who hosts pinball competitions in bars throughout the city, summed up many aspects of Portland well in one episode, saying, “it felt like a city of misfits rather than a normal city with little pockets of weirdos. People feel empowered to do weird things without asking permission”. And the series certainly explores this, going back through its history to paint a picture of how it became the city it is today, empowering its residents to continue evolving just what that means.

You’ll also get to learn about the music, food, design and cannabis culture, with guests including Portugal. The Man.

All six episodes are available now here: https://www.travelportland.com/portland-unpacked/ or here https://play.acast.com/s/portlandunpacked. American Airlines will feature the episodes on their in flight entertainment – so that’s something we can look forward to when we all start travelling again.

The concept for Portland, Unpacked was created for Travel Portland by Sydney-based communications agency, Barking Owl Communications. It was brought to life through the talents of leading podcast production company, Audiocraft. The series was made possible with the support of American Airlines and Jupiter NEXT, a boutique hotel in Portland.