Tokyo is an insane city.

It’s beautiful, busy, bustling. It’s an insane, gleaming spiders web of interlocking streets, humming with life. But like any other city, it’s noisy. It’s really noisy. Which might be why Sony flew me there to road-test their new WF-1000XM3 earbuds. What better was to test their noise-cancelling capabilities? 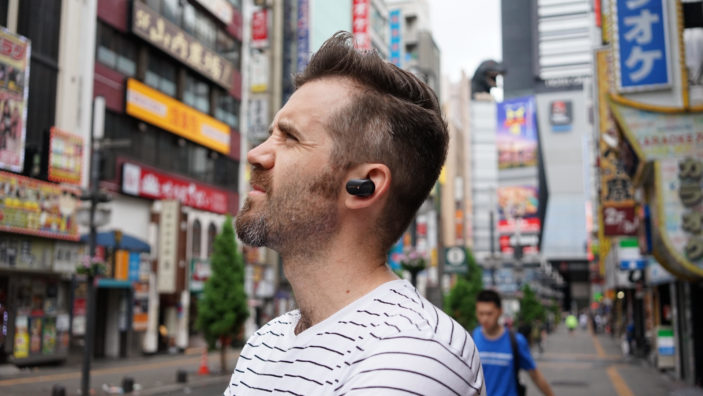 I’d never been to Tokyo before, so I had no real idea what to expect. Sure, I’d played the Persona and Yakuza games, so I’d digitally walked around in various interpretations of the metropolis. And like everyone else I know, I grew up steeping myself in Japanese cultural artefacts. But it’s something else entirely to actually dive in and make the city into a real place, which is what Sony wanted from the assembled press. They wanted to immerse us.

Up until now, I’ve done essentially all my music listening on the WH-1000XM3 headphones, the over-ear version. They’re swish as hell – the noises cancelling basically means you can ignore the world around you (which is great if you’re regularly on public transport, or even if you have antisocial tendencies). The right side could be swiped, tapped or held to change tracks, tinker with the volume or change the sound mode to let you interface with the world around you better. They’re fantastic, and I actually wore them on the way over to Tokyo.

On our first proper day, we were bussed over to the Sony HQ and ushered into a huge, dark room filled with gallery-style displays of the much anticipated WF-1000XM3. Senior Sony execs, as well as designers of the new earbuds, ran us through specs, design choices, and two models came and posed with the tiny earbuds. What, I thought, can these offer me that my headphones can’t?

Turns out a lot. For one, the earbuds live in a small, sleek case. It looks insanely futuristic and super minimal, and the lid opens with a slight magnetic pop. Inside sit both the earbuds, which are – wait for it – charging inside the case. I was flabbergasted to realise that the case is a charging station, and that ten minutes in their snug little home can top your earbuds up ninety whole minutes.

The buds themselves aren’t made for sports (they don’t have an IP rating), so you shouldn’t try sweating directly on them (which would be an oddly sadistic thing to do to them anyway). But they’re small, light, and if you’re worried about them falling out or not fitting, they come with seven sets of alternate tips. I sat there in my hotel room, overlooking the sprawling Shinjuku vista below, testing out various sizes and shapes and gently putting them in. Turns out one of my earholes is smaller than the other. Is that normal? I’m worried that isn’t normal.

One of the pitfalls of trying to evangelise about gadgets I’m obsessed with – and I am frankly a little obsessed with these – is avoiding tech speak. So here’s the coolest thing about these little guys that anyone can understand: magnets. When you go to put the buds into their smooth little docks, then get sucked in with a little schump noise. The lid quietly sucks shut when it nears closing. Everything feels clicky and poppy and extremely haptic; using these is like always having a little bit of bubble wrap to pop. 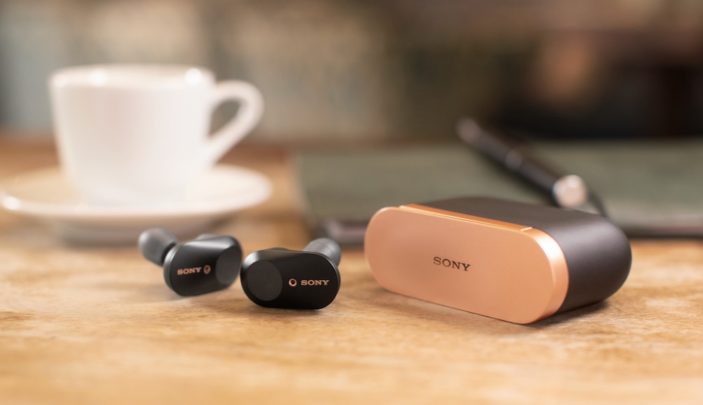 Oh, and the buds are touch sensitive. Hold a finger over your left ear, and the noise cancellation will drop away, amplifying noises around you. There’s even a slick app for your phone that pairs with the earbuds, letting you tinker with the equalizer, play with noise cancellation settings and remap some of the touch controls. The app is optional, but it’s a great way to exert pinpoint control over your listening experience.

The next day, Sony hoofed the group up to a town near the mountains called Chichibu. After walking around a serene temple for a half hour, we boarded a tiny boutique train designed by the architect behind the Tokyo 2020 stadium. Inside, we tested the noise-cancelling limits of the earbuds whilst being plied with fine food and watching the unbelievably beautiful Japanese landscapes whizz past. It was remarkable how quickly I forgot I was wearing them at all (and for the record, I was listening to a playlist made up largely of Studio Ghibli movies).

Later that night, in a batting cage in Shinjuku, I popped my earbuds in, gripped my bat tightly, and swung silently as a ball cruised past me. And on the plane heading back, I popped them in and two (yes, two) crying children evaporated, and I sunk into a fitful sleep.

…Just to be clear, the sound of the children evaporated. The children didn’t evaporate. The WF-1000XM3 are powerful… but they aren’t that powerful.

All in all, they’re a slick, stylish, legitimately beautiful and super intuitive set of earbuds.