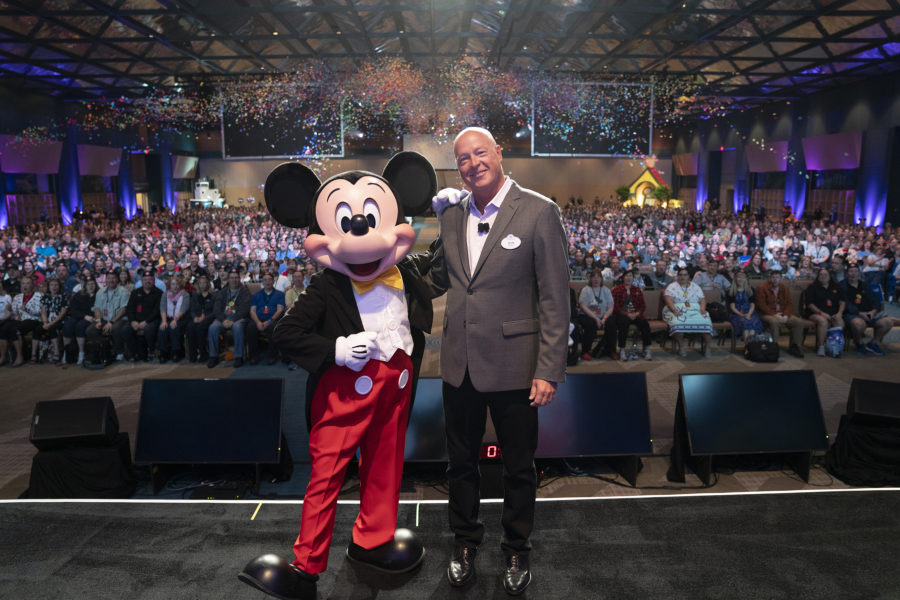 In celebration of 90 years of Mickey Mouse, Disney Parks, Experiences and Consumer Products Chairman Bob Chapek has shared the many new and exciting ways to celebrate the beloved mouse, as well as sharing more about the multi-year transformation of Epcot that includes new spectaculars designed to honour the park’s original vision. Along with these, two signature attractions are set for Star Wars: Galaxy’s Edge when it opens at California’s Disneyland Resort next US Summer and at Florida’s Walt Disney World Resort in US fall 2019.

The festivities continue at the Disneyland Resort in California, where new entertainment, food and merchandise are brought with Get Your Ears on – A Mickey and Minnie Celebration. This is followed by “Mickey’s Mix Magic” on January 18, where the night at Disneyland Park will be lit up with all new music, projections and lasers that set the scene for an epic dance party taking over almost the entire park. To make the party even bigger, fan-favourite Mickey’s Soundsational Parade also returns to the resort January 25, featuring a new float with Mickey himself, who will lead the celebration down Main Street, U.S.A.

Over at Walt Disney World from January 18 to September 30, Mickey & Minnie’s Surprise Celebration at Magic Kingdom will be featuring new food, merchandise and entertainment which includes a new dance party with Mickey, Minnie and their friends, along with a chance to meet Mickey and Minnie together in their new birthday outfits. As an added bonus, Disney Cruise Line will welcome Mickey & Minnie Surprise Party at Sea, an all-new high-energy deck party in the Disney Fantasy next summer.

Chapek also announced an all-new cinematic experience, Wonderful World of Animation, coming to Disney’s Hollywood Studios on May 1 as part of Disney’s Hollywood Studio’s 30th Anniversary. This show will use state-of-the-art technology to take guests on a magical journey through more than 90 years of Disney animation, all beginning with our original friend Mickey Mouse.

At World Showcase, Chapek revealed that the Ratatouille experience coming to the France pavilion would be called Remy’s Ratatouille Adventure. Guests will also be able to enjoy a brand new “Beauty and the Beast” sing-along, created by Don Hahn, producer of the animated and live action Beauty and the Beast films. There will also be an update to the O Canada! 360-degree show.

Fans of IllumiNations will be also be pleased, as Chapek announced an all-new, transformative spectacular set to debut in 2020. It will be celebrating how Disney music can inspire people from around the world, and will feature massive floating set pieces, custom-built LED panels, choreographed moving fountains, lights, pyrotechnics and lasers. Before that new show debuts, there will be a limited-time experience Epcot fans will love, called Epcot Forever, a true celebration of this timeless park.  Also, debuting in fall 2019, the show begins with a spark of imagination that quickly grows into an epic spectacle of fireworks, music, lighting, lasers, and choreographed, special effects kites.

Moreover, on the Star Wars theme, since the announcement of Star Wars: Galaxy’s Edge at D23 Exp 2015, fans have been eager to learn more. This weekend, Destination D fans were first to see Chapek reveal the names and the first-ever look inside these attractions. They also heard that Academy Award-winning composer John Williams is creating original Star Wars themes as an exclusive add-on to these lands, as well as treated to a preview of the thrilling new music.

As for the rides, it had long been expected that the Falcon would take centre stage on one of the attractions. Indeed, guests will be able to take the controls in one of three unique and critical roles abroad Millennium Falcon: Smugglers Run. Check out the teaser of it here:

On top of this, fans were provided a sneak peek at the Star Wars resort where a multi-day, fully immersive adventure will take guests aboard a luxury starship with all the features expected of a first-class hotel, this including dining, recreation and accommodation which are all authentic to the Star Wars universe.

Along with all these amazing new experiences, comes an exciting new resort. Chapek unveiled details about Reflections, a deluxe, nature-inspired resort that is coming to Orlando. It will feature more than 900 hotel rooms and proposed Disney Vacation Club villas. He also offered fans a sneak peek at Disney’s Riviera Resort, which is inspired by the European grandeur Walt Disney experienced in his travels along the Mediterranean coastline. Projected to open in fall 2019, this proposed resort will be the 15th Disney Vacation Club property.