“The Biggest Little City in the World”: ambitious nickname for Reno and a loaded slogan for anyone who dares doubt the vitality of Las Vegas’ overshadowed sibling.

Once the divorce capital of the USA, due to the blunt efficiency of Washoe County Courthouse, this Nevada hotspot flows with a lively cosmopolitan culture, rapidly emerging hipster scene, and an unexpected love for the arts.

Despite a reputation for being an exciting, creative city, brewing these past few years, not many international visitors have bothered to look past their celebratory Vegas trips, transformative Burning Man experiences, or bucket list Nevada road trips. That’s a big mistake. Flanked by the sparkling Lake Tahoe and immense Sierra Nevada, Reno is a trip well worth taking.

Here I’ve listed a few things to you should note to make the most of a few days in Reno, whether you’re visit is around Burning Man, as a post-Vegas comedown, or a stop-off on the way to the glistening waters of Lake Tahoe. 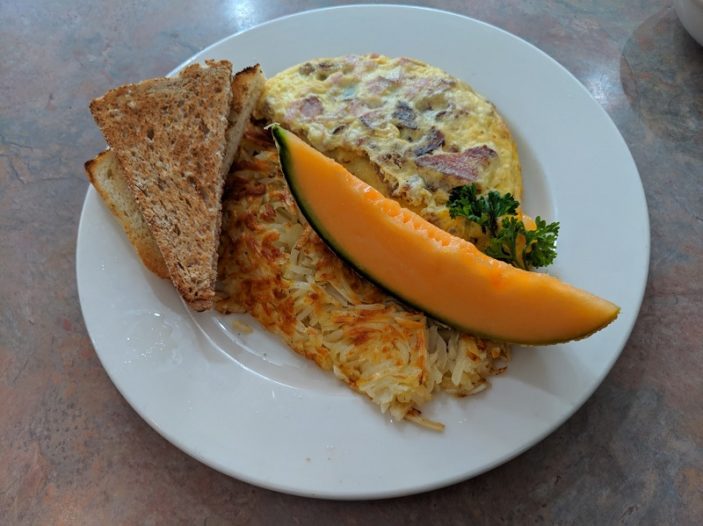 An American diner established in 1999 has turned into a small family-owned and operated chain, with four locations throughout Reno. They’ve even gone interstate to California for just one outpost, but a restrained expansion means a bigger focus on delicious, hearty comfort food.

If you want to dine like a local, start your day here. The menu is typical, but high-quality, breakfast staples in the early hours, with a range that spans everything from huevos rancheros with hash browns, to a veggie benedict with avo, tomato, onion, spinach and hollandaise.

Fall in Love with the Nevada Museum of Art

Yes, Vegas has the Mob Museum and Neon Art boneyard, but the Nevada Museum of Art is without any doubt the state’s most refined art institution.

Stunning gallery spaces are used to showcase constantly rotating exhibitions, as well as a sizable permanent collection which is made up of more than 2,000 paintings, prints, photographs, drawings and sculptures. Many united by common goal of exploring the relationship between Nevada’s vast desert landscape and art. That means you’ll probably find plenty on James Turrell.

Even if you’re not sold on the art (unlikely), head up to the museum’s top floor and walk out onto the balcony. Prepare yourself – you’re about to be gobsmacked with the most stunning view of the surrounding Sierra Nevada mountain ranges, cradling this small city while the unforgiving fiery red desert snakes around.

Chow Down on an Awful-Awful Burger

TV-famous, highly touted, and mammoth in size, the Angry-Angry is the burger to end all burgers in Nevada. Personally, it’s easily one of the best I’ve had in the country, with a history tracking more than six decades.

You’ll find this beast of a burger at any time of day from 24-7 Little Nugget diner which is squashed into the back of a dingy old 1960s casino (called The Nugget – not to be mistaken for the one in Sparks). They specialise in no-fuss greasy food here, with a justified ‘bigger is better’ attitude.

The classic Awful-Awful comes served on a bed of fries so ridiculous it’d fill you up for the entire day. As such, I don’t advise eating this before bedtime (and if you do, not lying down for at least two hours).

Originally created in Idaho by a man named Dick Graves, the Angry-Angry is a simple half-pound burger that’s been doused in secret sauce and served on a freshly baked onion bun with fresh salad and American cheese. It used to be just a few bucks, but the price has gradually climbed to around $10-12. Ask for an extra patty if you’re especially hungry.

Note that the Little Nugget does sell other food items as well, including breakfast and other staples typical of an old-school American diner.

Give Yourself Over to Burning Man at Playa Art Park

The Playa Art Park is located right next to Circus Circus and is a fairly small space with several large-scale sculptures from previous Burning Man events.

Fresh new pieces are introduced irregularly, but you’re guaranteed an immersive place to truly get a sense of the eccentricities and the quality of art that takes over Black Rock City each August.

Along with a sign touting the famed 10 principles of Burning Man (radical inclusion; gifting; decommodification; radical self-reliance; radical self-expression; communal effort; civic responsibility; leaving no trace; participation; immediacy), the park is the best expression of how the spirit of Burning Man lives far beyond the event.

It’s part of a wider trail that tracks Burning Man installed in other spots throughout Reno, such as the Nevada Museum of Art, the Sculpture Garden in Bicentennial Park, and several location along the Truckee River.

While you’re there, make sure to check out the walls of Circus Circus just opposite the park. Each year the hotel-casino hosts a Mural Marathon where muralists from all over the country are invited to Reno to bring the walls to life.

Hang with the Locals in MidTown

Take a walk down to MidTown, south of the Truckee River, and escape the characteristic neon glow.

Congratulations, you’ve now entered the meaty part of Reno, where trendy cafes, bars, shops and microbreweries pack into a walkable district that’s always changing and reflecting the city’s youthful side.

Go vintage shopping at Junkee or Golden Jackal and you’re guaranteed to come across something you can only find in Nevada. If you’re trying to eat healthier, or vegan dining is your thing, try Sup or Homegrown Gastropub to discover the surprising clean-eating and organic mindset that’s sweeping through Reno.

Around 175 murals can be found around the MidTown district, and a walking tour taking you through all these incredibly colourful and vibrant works is an absolute must.

You’ll also be filled in on Reno’s rich creative scene, and the unique set of circumstances and policies which make it possible.

Don’t plan any visit to Reno without taking this into consideration, and visit Art Spot Reno to keep updated on any walking tours, festivals, and general history. It’ll show you that Reno is much more than just the gateway to Burning Man.

See a Shrunken Head at Wilbur D. May Museum

Wilbur D. May was born rich, he lived extravagantly, and he died in 1982. Across a fascinating life, the multi-millionaire developed an insatiable appetite for souvenirs, all of which are displayed behind cases in this eccentric museum.

It’s dedicated entirely to the many worldly things this pioneering hoarder bought home with him, from Egyptian scarabs and New Guinean tribal masks, to Japanese swords, African spears and Eskimo scrimshaw.

He had an obvious love of trading with the natives of each country he visited, and a problematic love of hunting. Some of his trophy rooms are recreated here with several rooms of taxidermy animals, but the most intriguing thing here would have to be a shrunken human head from Ecuador, the same which has apparently been used in elaborate cannibalistic rites. He paid just $5 to a ranch foreman to procure the head, which Wilbur named “Susie”.

The museum also backs onto the botanically rich Rancho San Rafael Regional Park, which is well worth a wander.

Head Down to The Basement

A former 1930s-era post office has been turned into Downtown Reno’s most discernibly hipster precinct: a reimagined basement where local makers, designers, baristas, bartenders, barbers and chocolatiers have taken up residence. Head down here during the day for a high quality cup of coffee and some boutique shopping, or by night look for the green light to indicate the go-ahead for the Seven Troughs Speakeasy bar.

Get Your Fill of Entertainment with Eldorado at the Row

Just because you’re not in Vegas doesn’t mean you can’t go check out an entertaining show.

Make sure to browse Eldorado at the Row. As one of the biggest casino complexes in the city, there are plenty of spaces for shows across comedy, live music, theatre, musicals and other performance arts. For 2020, everyone from Korn and Rob Lowe, to Jeff Dunham, Lynyrd Skynyrd, and even The Beach Boys are set to perform over the next few months.

Call it a Night at Circus Circus

Your accommodation options in Downtown Reno are going to be mostly hotel-casinos. You might as well make it the most playful one. Circus Circus is a very affordable, serviceable, and all-ages friendly casino that’s perhaps the best located of them all. It isn’t part of the main ring around the iconic Reno Arch, but it isn’t far enough that you’d feel isolated from all the action.

Plus, one of the levels is entirely dedicated to carnival games, featuring bright and flashy rigs that’ll keep children and adults entertained for hours. There’s also the fact that it’s right next to Playa Art Park and has its own fair share of artistic flair (the Mural Marathon mentioned above).

To plan your trip to Nevada head to travelnevada.com/.

The writer travelled as a guest of Travel Nevada. This is not a sponsored post and all opinions are that of the writer’s.