Last year respected website Haute Grandeur named ANA InterContinental Tokyo “Best Business Hotel” in the continent and “Best Lifestyle Hotel” in Japan; in addition, the property was also named “Japan’s Leading Business Hotel” by the prestigious World Travel Awards that same year. It’s certainly hard to argue with those accolades after witnessing first hand just how much has gone into making ANA InterContinental such a spectacle of hospitality, and one of the largest luxury hotels in Japan.

From the moment you step inside, the property’s grandeur is striking, presenting a lobby that’s got a lot going on including a big grand piano at the top of some brightly-lit stairs perched over the spacious Atrium Lounge. The atmosphere is still relaxing despite the scale though, and that sense of intimacy is largely credited to the personalised, friendly service of which one will find all across the immaculately groomed lobby, from the reception to the adjoining luxury shopfronts.

At 844 guest rooms, 11 restaurants and bars, as well as over 20 banquet/function rooms, ANA InterContinental could easily be considered a destination in itself. That’s a point reiterated to anyone with access to “Club InterContinental”, a sprawling 35th floor escape that’s said to be the biggest lounge in Japan; undoubtedly one of the most beautiful, with views that stretch all the way to Mount Fuji on a clear day. It’s a special moment sitting down to a complimentary afternoon tea or indulging in the premium breakfast buffet and taking in the entirety of the view, which is well represented with wide windows all across the floor. Of course, access here also includes tailor-made services and all six “zones” of the lounge – reception, library, relaxation, dining, bar and meeting. 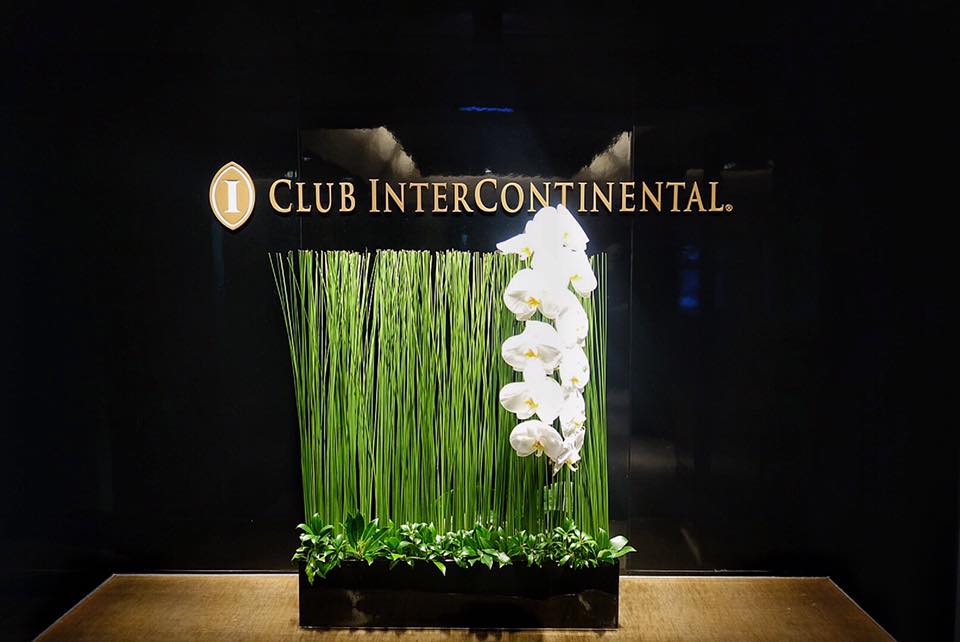 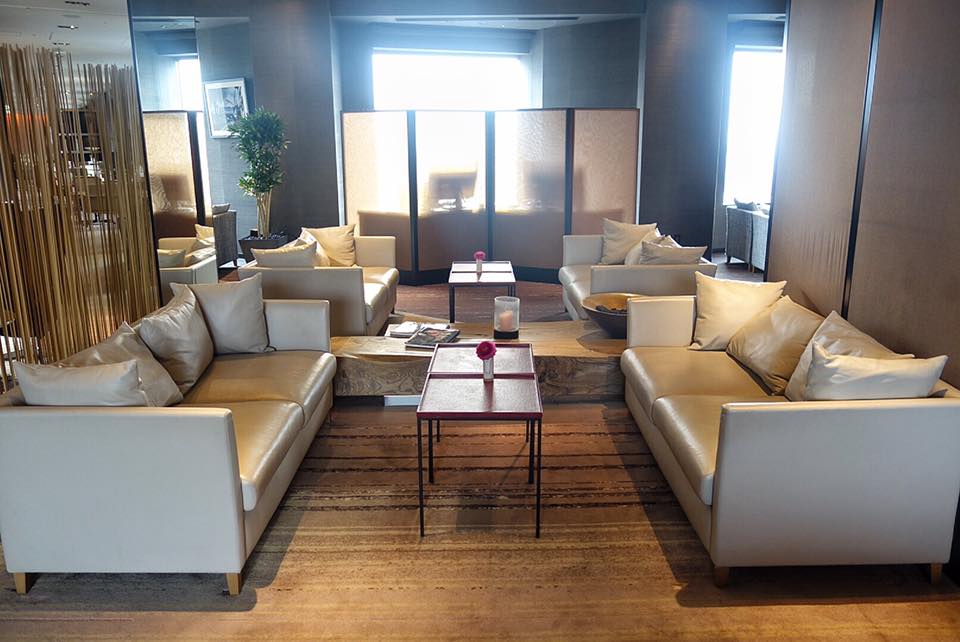 The Ark Hills location positions ANA InterContinental as one of the most convenient for pretty much every type of traveller. The business traveller should relish the proximity to the CBD, Government offices and embassies. The eagle-eyed tourist will appreciate being so close to Tokyo Tower, Ginza, Imperial Palace and the Mori Art Museum. And the more party-minded traveller? Well the famously energetic Roppongi is an easy 10 minute walk down the street, and Shibuya isn’t far either. Using this property as a base for any Tokyo trip – especially coupled with the fact that an airport limo terminal is located beneath the hotel and tickets can be purchased from the concierge – would be an excellent choice. For those using the train frequently – which should be everyone in Tokyo – the hotel is a few minutes walk from Tameike-sanno station, giving guests access to the Namboku and Ginza lines.

Variety seems to be a core strength for the hotel, providing an almost dizzying amount of restaurants and bars, the majority of which are located across the 3rd floor. This is where you’ll find American-style restaurant The Steakhouse, best for prime cuts like Japanese Wagyu, a traditional Cantonese restaurant called Karin, a 58-seated cigar-and-whisky bar named Da Vinci, cosy tenant restaurant Sushi Kenzan and traditional Kaiseki restaurant Unkai. Then there’s also The Champagne Bar on the furthest end of the floor, the hotel’s exclusive collaboration with Krug which will be perched overlooking the lobby up until May 2017. If you want an example of the hotel’s standing in Japan then look no further then this right here, the country’s first collaboration with the historic Champagne house.

One would think that would be more than enough for a property but then there’s also two venues from world renowned chef Pierre Gagnaire, a two Michelin starred French restaurant located on the 36th floor, and a vibrant patisserie nearby by the lobby. Rounding it out is the top floor Teppanyaki Akasaka, the lush MIXX Bar & Lounge, and finally Cascade Cafe, the lobby’s award-winning buffet restaurant where each morning you’ll find a lavish breakfast spread that offers both volume and quality.

It’s hard not to be impressed by how much they’ve managed to fit into the hotel from a food and beverage point of view, and it could take days just exploring this self-contained food scene, which has obviously been lovingly curated to a high standard for guests who lean towards the grand and the luxurious. There’s plenty of substance between all that style though, a balance helped greatly by the many artworks dotted around the hotel’s public areas.

Going off a King Premier, the actual rooms themselves (outside of the higher-end suites) are not as big as one would expect from such a grand entrance. Nevertheless they are spacious enough, at around 30 square metres. The bed is a King, of course, although it looks much larger and as such is endlessly comfortable with silky soft linens and very supportive pillows. An attractive golden throw is draped across the pristine white sheets for a kingly aesthetic, looking especially welcoming with the copious amounts of natural light that peek in through an almost-wall-size window. 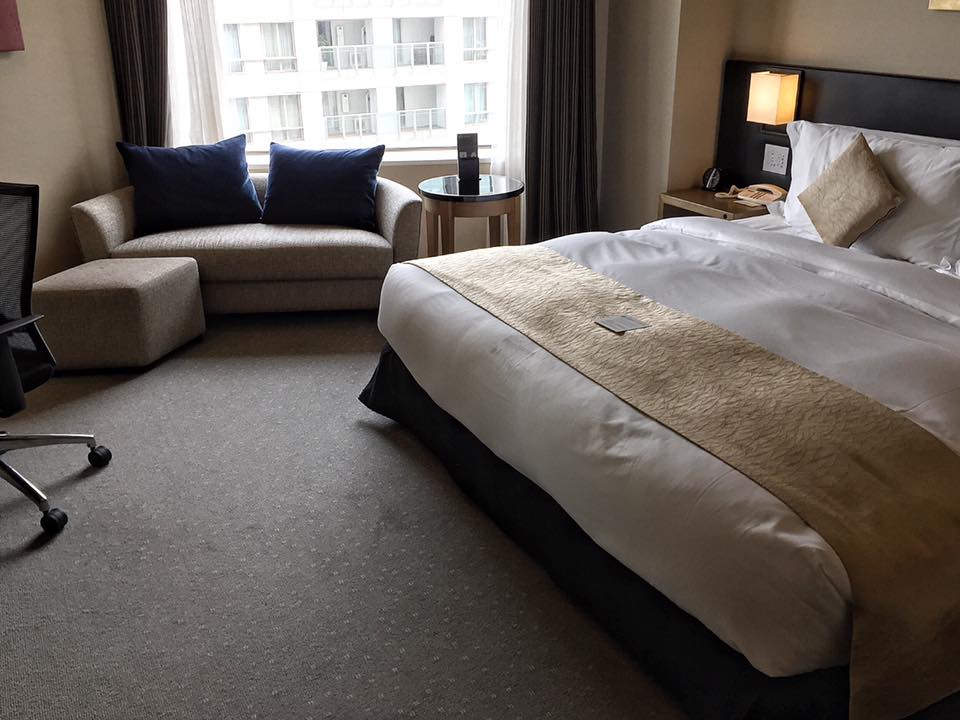 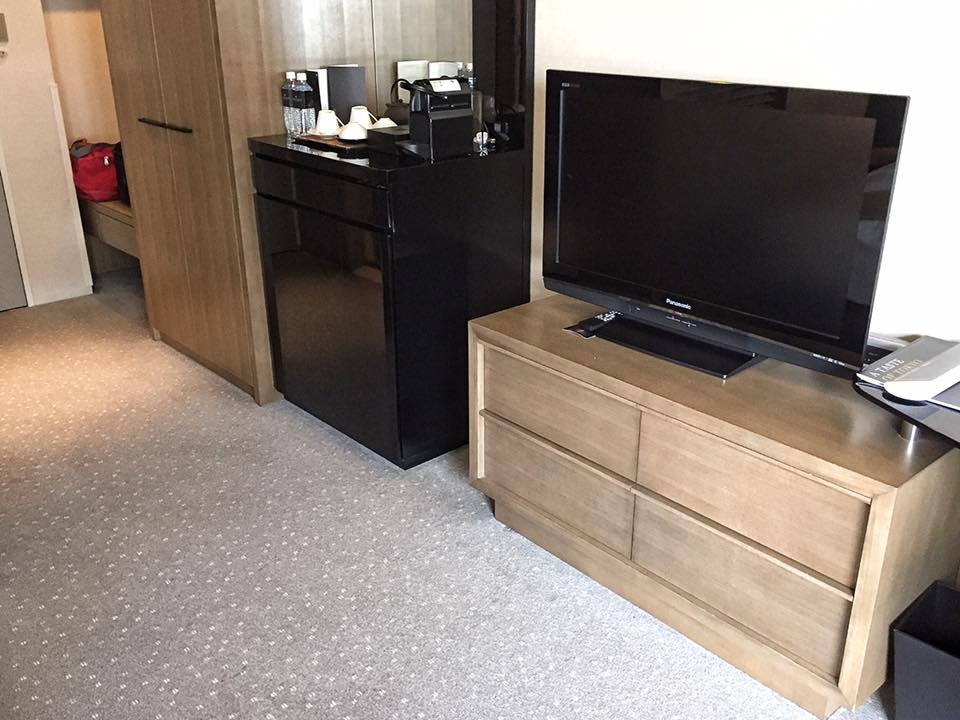 With Tokyo Tower so close, the views are spectacular, taking in the city’s metropolitan area with the iconic orange lattice structure giving off a golden glow when it gets dark. It goes without saying that waking up to this backdrop seems like a quintessential experience for travellers looking for the best perspective’s of Tokyo’s magnificent skyline. 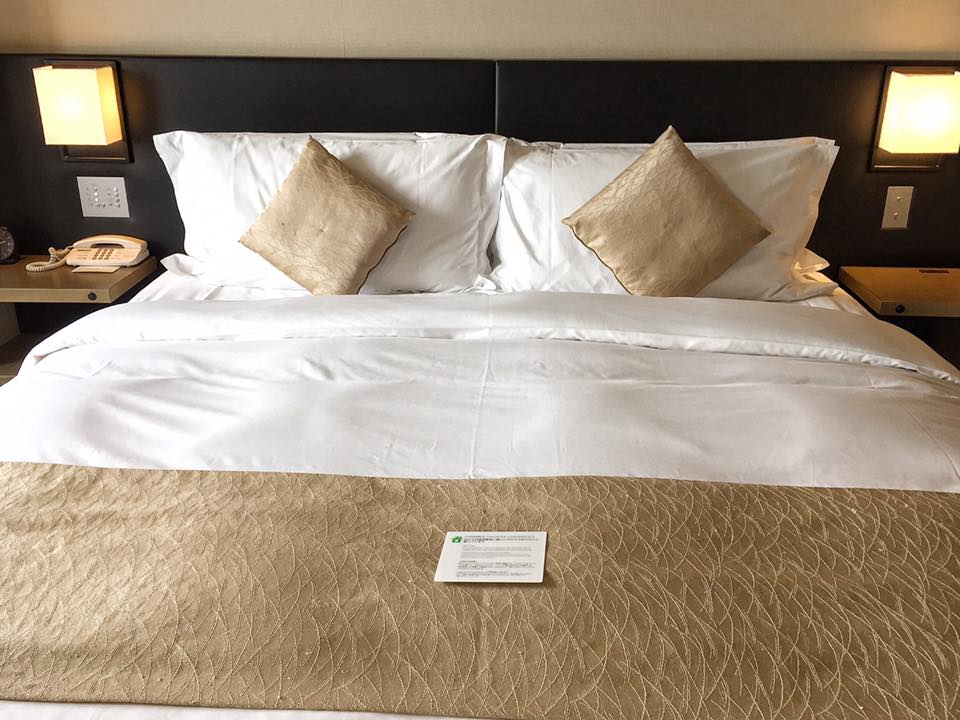 Aside from that, the room is fair but lacks the character of some other InterContinental properties around Japan (for example The Strings by InterContinental Tokyo and InterContinental Osaka). The en-suite bathroom, for example, is exceptionally clean and polished but feels quite cramped, managing just enough space for a combination bathtub & rain shower, a toilet tucked in the corner and a roomy basin. Like all InterContinental hotels they have thoughtfully included complimentary toiletries (a comb, toothbrush, toothpaste etc.) and the bath products are premium, and there is a small television fixed to the wall just by the basin, positioned so that it’s best viewed from the shower/tub. Though it’s a modest space, they they use it quite well with a more open feel coming from the window (with shutters) that allows guests to peer out from the bathroom to the bed. 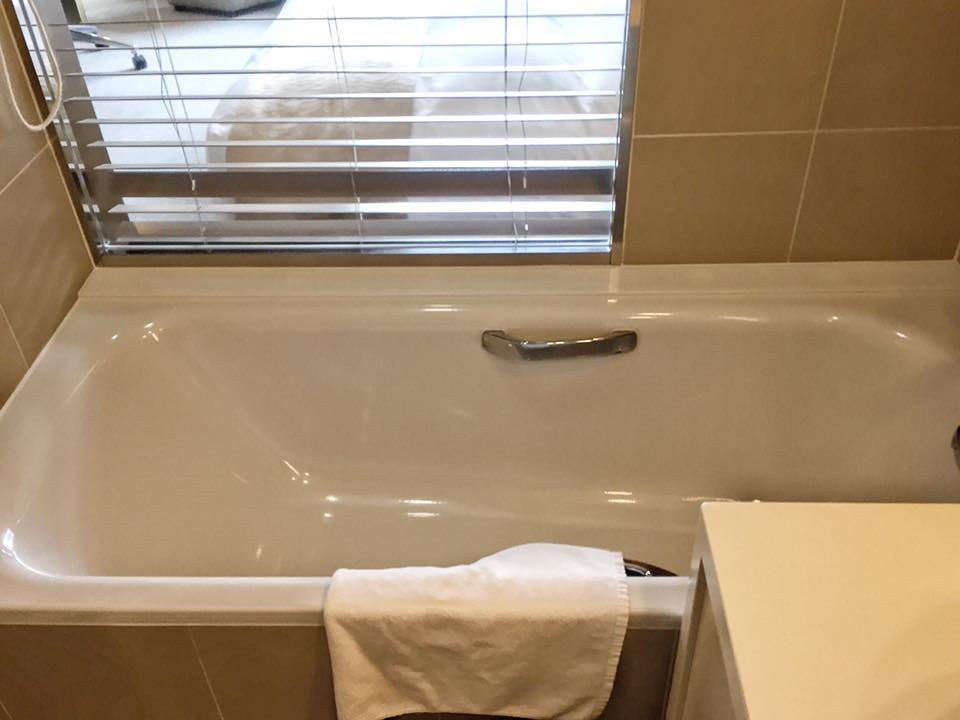 Though the more standard rooms, with the exception of the flawless signature beds, fail to echo the extravagance of ANA InterContinental’s grand design, there’s plenty to keep any guest busy whether that be the dining scene, the thoroughly impressive club lounge, a spacious 24-hour fitness centre, the sizable rooftop pool or having some of the best parts of Tokyo right at your doorstep. Not just relying on an ultra convenient location, the imposing 37-storey property asserts itself as one of the most endearing luxury hotels in the city, with the clout and aesthetic to cater to those looking for more than just somewhere to stay.

For a room at the ANA InterContinental you’re looking at an average nightly rate from around $425 AUD.

The writer stayed one night as a guest of ANA InterContinental Tokyo.

The livestreamed event will take place on May 9th, and all day access starts from just $15!

"a welcome and well-crafted gift."

We return to the world of The Oremere Chronicles, with @HelenScheuerer's Dawn of Mist, out next week!

Get your @coachella fix with upcoming doco, Coachella: 20 Years In The Desert!