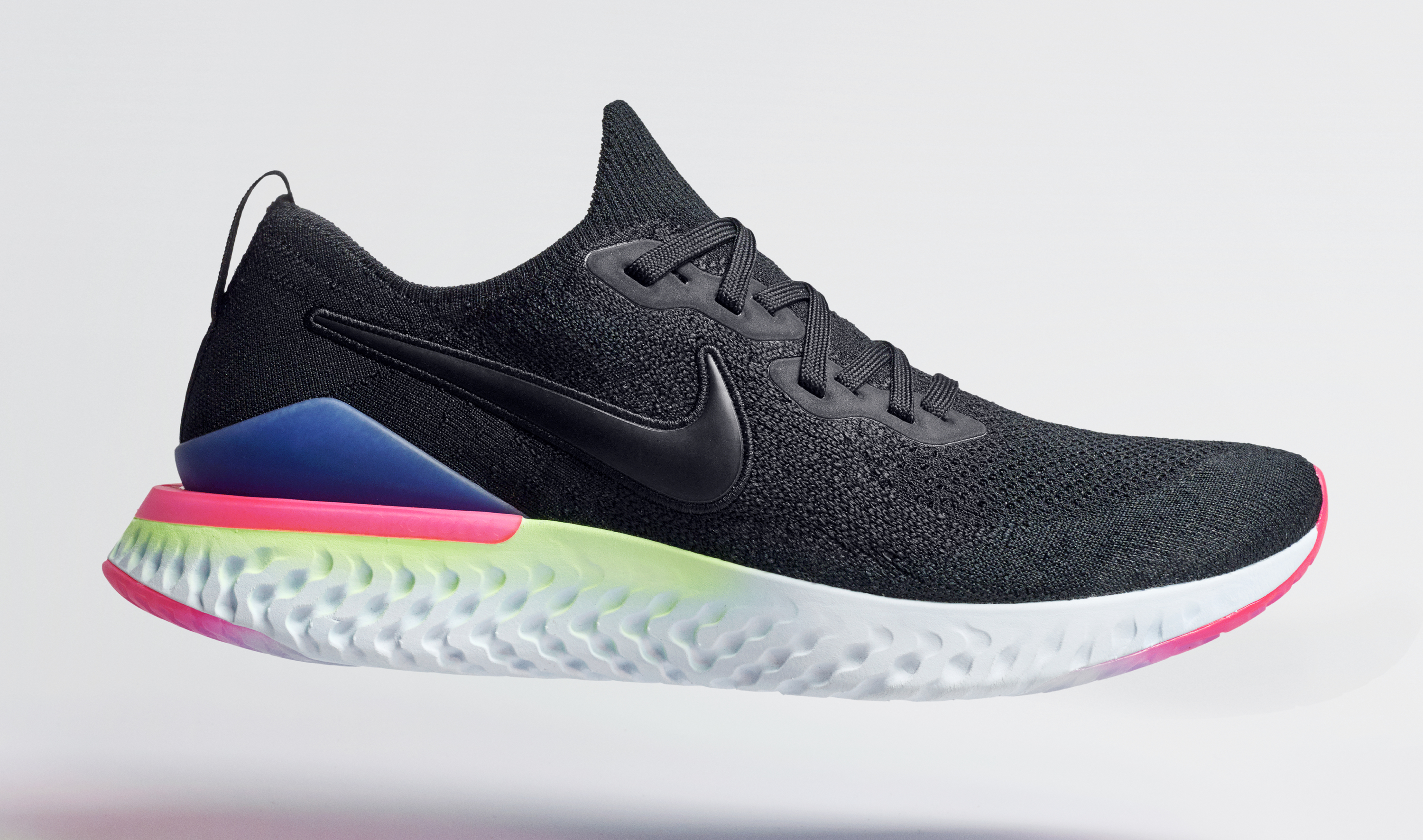 The Nike Epic React Flyknit was one of the most popular running shoes of last year, so its no surprise that a line-up expansion is coming so soon. Set to release later this month, the Epic React 2 doesn’t do much to dramatically change the successful silhouette, but eagle-eyed sneakerheads have noticed that the heel cage is much lower, while the midfoot Swoosh is noticeably larger, and there’s an improved Flyknit for extra stretch and support. The slight transformation should stick to the near-perfect balance of style and performance of its predecessor.

Though what’s most exciting is the colourways, and there are two very vibrant and energetic expressions to look forward to. First, the “8bit” will be dropping worldwide on January 18th while the “Pixel” follows close behind on January 31st. The latter is our pick, livening up the React midsole and heel cage with a loud mix of green, blue and pink set against the stark black upper. Both look to continue the trend of vastly improving the aesthetics of performance focused sneakers, with a palette inspired by 90’s tech.

The public got a special preview of the “Pixel” colourway when LeBron James wore them as the LA Lakers went up against the Charlotte Hornets late last year.

These ultra soft and response shoes should be kicking Nike’s 2019 off right, so make sure you’re across the release dates and keep your eyes peeled on nike.com.