Jetlag The Podcast: How the touring industry was caught so off guard by the Coronavirus 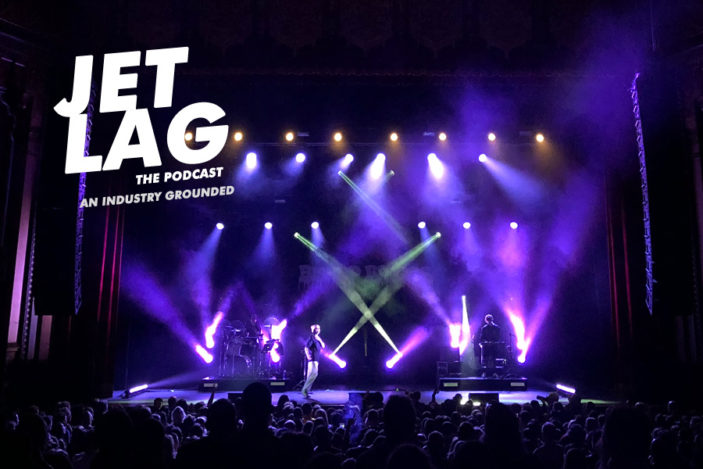 The travel podcast Jetlag has today returned for a second season, its first episodes in more than two years, to bring to light different stories from an industry at a standstill due to a global pandemic.

For the first episode, which is co-hosted by the AU’s founding editor Larry Heath, and digital marketer (and former “Chief Funster of NSW“) Andrew Smith, the Podcast looks at the touring side of the music industry.

In this episode, co-hosts Andrew Smith and Larry Heath are joined by Liam Clifford, the CEO and Founder of Howl Around Entertainment Group – someone who normally spends his year on the road heading up the production work for international touring acts.

Clifford talks about his busy 2019, travelling around the world, and how until early March, his 2020 was shaping up even bigger – and how the collapse of his industry caught him off guard.

“We were the first industry to go…. we thought that the touring industry was the one recession proof industry. We were always under the impression that we would never get shut down ever. That nothing could affect us. And then this happened.”

The Los Angeles Times reports that 9 billion dollars is likely to be wiped from the sector third year due to a lack of normal ticket sales. In Australia, $340 million was lost from the sector in the space of a little more than a month – and that was only counting the people who registered their losses at site called I Lost My Gig.

Looking ahead to a post-Covid economy, they ask what live music touring looks like moving forward. How long is it going to be until we can get back to seeing our favourite bands in live venues around the world? And what will a company like Howl Around do in the meantime?

Watch the full podcast exclusively on the AU review below, or listen to the episode on its official website, on Spotify or on Apple Podcasts.

For more about Howl Around Entertainment, visit their official website.

Both financial support and mental health resources for professionals in the music industry can be found in Australia through Support Act. In Canada, contact the Unison Benevolent Fund. In the UK, there’s Help Musicians for financial support and Music Minds Matter for 24/7 mental health support. In the US there are initiatives like MusiCares, Sweet Relief Musicians Fund, and HAAM – which is specifically for Austin based musicians.

If you have the resources to do so, please lend your support to these organisations. And if you need the help, they’re there for you.