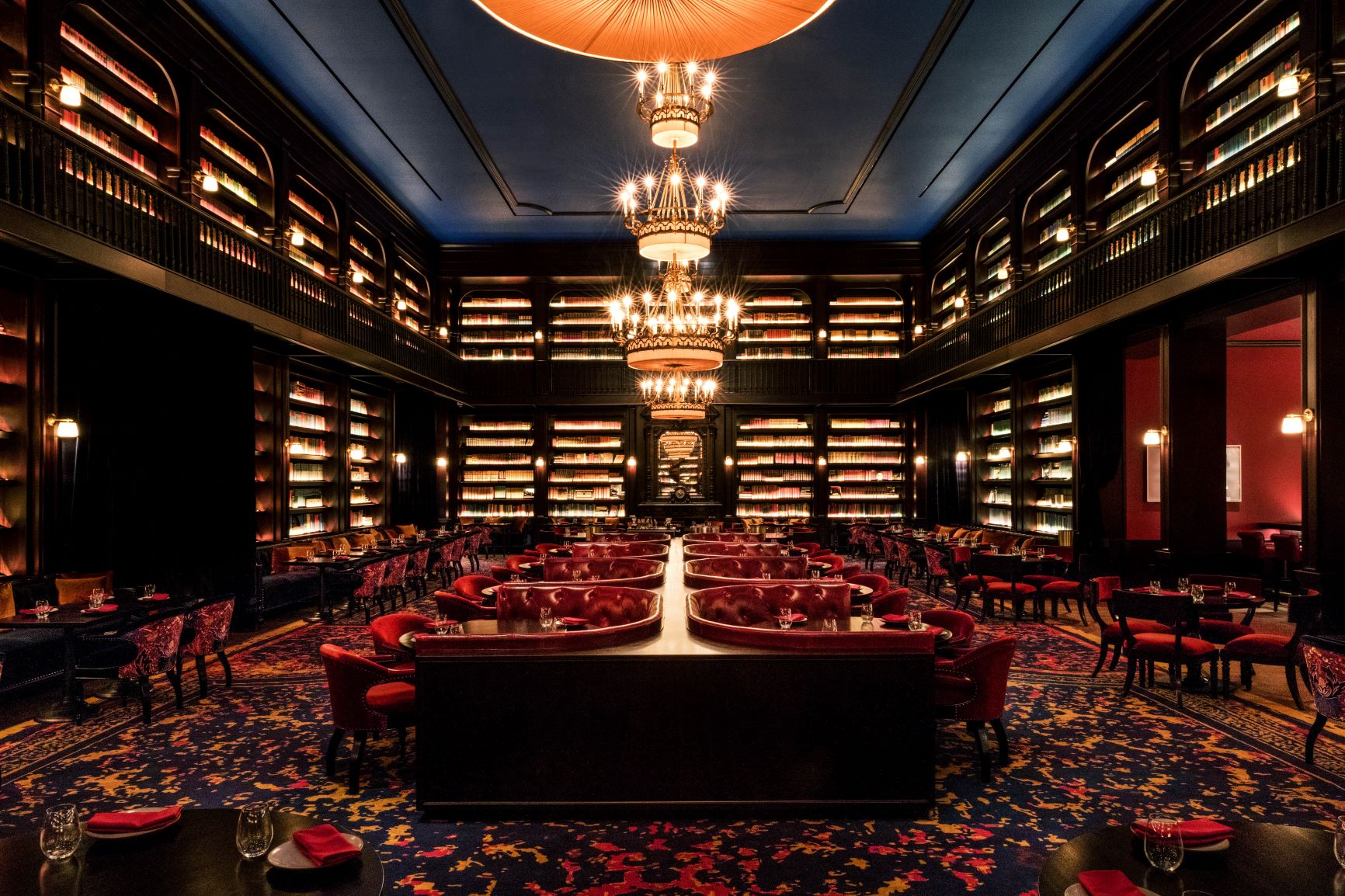 The “hotel within a hotel” concept has been done before in Las Vegas; it didn’t work out particularly well for Marriott’s famously funky W brand – although location had a lot to do with it – but the concept has proven viable before, particularly with long-standing favourite Nobu Hotel.

It’s an interesting approach to redefining Las Vegas’ deep pockets of ostentatious resorts, and evidently the concept has enough traction to make you wonder why more boutique hotel brands aren’t popping up in Vegas’ biggest resorts. Trendy New York born NoMad (short for “North of Madison” as per the flagship’s New York location) is the latest to pick up the mantle of wedging into a sprawling resort, and so far their position, spanning 293 design-forward guest rooms and suites across the top four floors of Park MGM, appears to be working well. 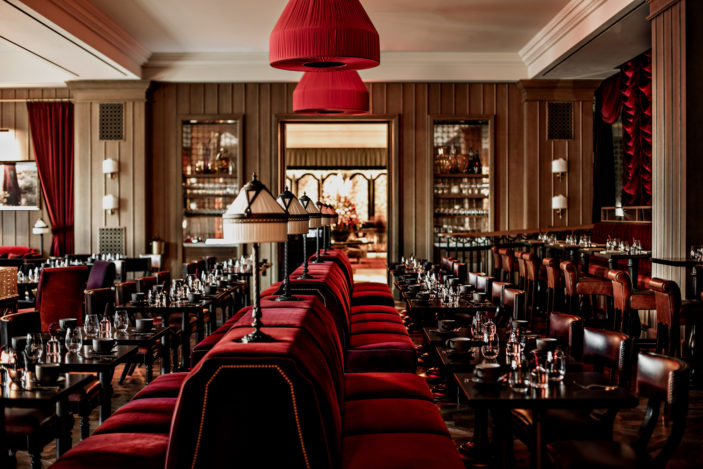 The New York and L.A expressions of NoMad have been reshaped and adapted to the glitzy city of neon signs and large-scale celebrations, dedicated to stamping a firm and distinctive character onto The Strip and shaking things up ever-so-slightly with NoMad’s design throughlines. The hotel itself arrived at an opportune time, when Park MGM had just given a new life from its former incarnation as the Monte Carlo Resort and was fertile ground for something that, for Vegas, could still be seen as a risk.

The result is effective, feeling like a large leap away from what one would usually expect from Sin City, immersing guests in something that’s both stripped back and lively; tastefully dressed, with a European aesthetic that’s noticeably brighter and more theatrical than the moody chic of NoMad’s NYC and L.A properties.

NoMad Vegas retains a vastly different identity from the Park MGM. The hotel even has its own separate entrance which leads into a lobby that feels like a true tear-away from The Strip. There are no big statement pieces by world-famous artists, nor is the lobby teeming with people frantically darting between bar, restaurant and casino floor. It’s a quiet, cut-off space – intimate and comfortable. 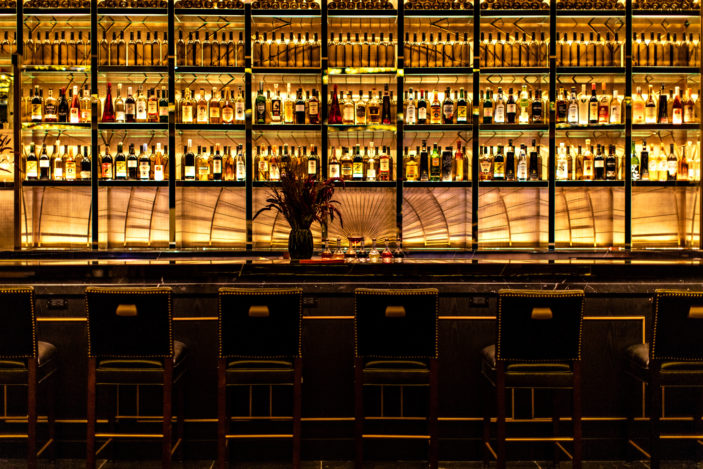 The lobby also leads into the NoMad Bar, which really hammers home the brand’s theatrical bent. There’s a late-night supper-slash-jazz club type vibe here, although the bar also functions as a restaurant for casual breakfast and lunch. It was the first of NoMad’s amenities to open, showy and charismatic from the lonely Steinway piano that sits in the corner, patiently waiting for a performer, to the custom made Austrian velvet curtains that frame and contain the bar’s amber glow, shaping around shelves lined with premium spirits. The gorgeous colour scheme is mainly handled by blood red velvet chairs and sofas, plush and welcoming while guests sip on world-class cocktails – a bit more springy than New York’s refined classics – and make their way through a playful menu carefully curated by Chef Daniel Humm and restaurateur Will Guidara, who own and operate the world-famous three Michelin-starred Eleven Madison Park as well as the award-winning bars and restaurants of the NoMad brand. 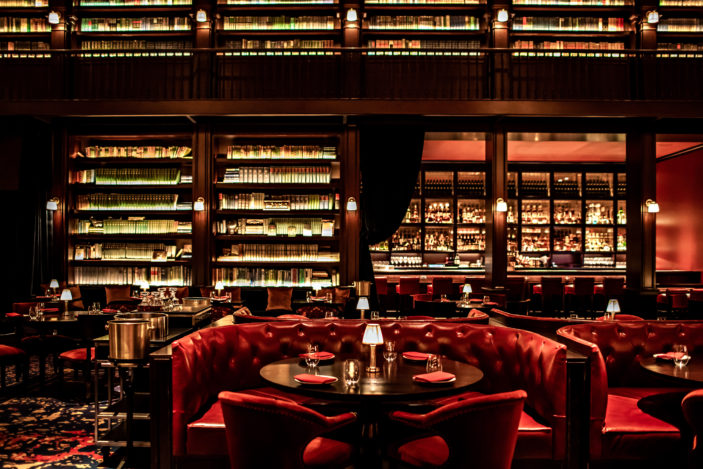 The more recently opened NoMad Restaurant is very much a continuation of the bar’s style, albeit in a much larger and more impressive space that borrows heavily from the famously ornate Royal Portuguese Cabinet of Reading in Rio de Janeiro. The sprawling library glows with a sinister red and frames an elegant dining space with 20,000 books on double-height bookcases and wooden spiral staircases that feel like they’ve been pulled from 18th century France. It’s the kind of place that you’d see in a Hollywood period piece, and meets Vegas’ requisite “wow” factor ten times over. There are also three other themed spaces that shoot-off the main dining room – The Cellar, The Parlour, and The Salon – each with their own design language, but all tied together by a love of classic European ambiance.

French designer Jacques Garcia is clearly committed to maintaining NoMad’s design signatures and twisting them in ways that make sense for Vegas. This is most evident in the apartment style suites, which, true to the NoMad brand, disregard convention by placing freestanding pedestal tubs in their bedrooms. It looks slightly odd, but works for the kind of chic aesthetic Garcia is going for. Truth be told, the inspiration behind the idiosyncratic design choice is actually Garcia channelling the time when he was a starving artist living in Paris, only able to afford a studio apartment with a tub in the middle of the room. 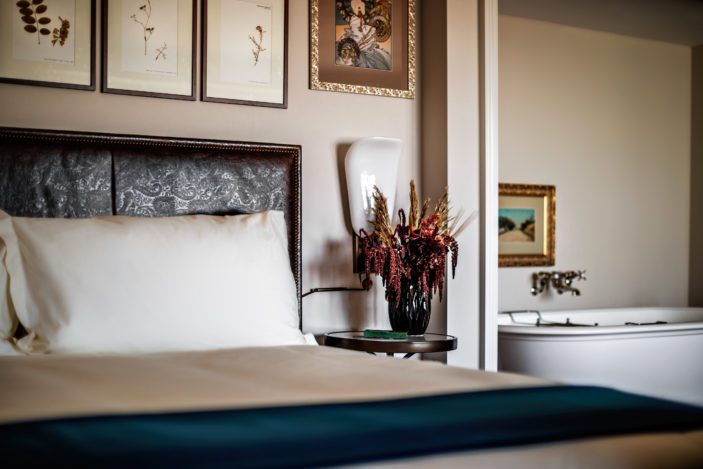 Garcia’s other markers are here. Leather headboards, portable steamer trunk minibars, a seemingly chaotic mix of original artwork curated by Parisian design studio be-poles. Charisma drips off the walls, and the classic modern comforts of a hotel are still there: the supremely comfortable and spacious bed, the walk-in rain shower and premium bathroom amenities. It’s just all taken left-of-centre, which further distinguishes NoMad as one of North America’s most valuable boutique hotel brands.

My Atelier room, the fourth up from a whopping nine room categories, was a big and beautiful 49 square metre oasis, quiet due to it facing away from the strip proper and towards the T-Mobile arena. I would imagine if there was an event on at the supersized venue things would have been a bit different, but as it was, the escape from the raucous sounds of Vegas was welcome. 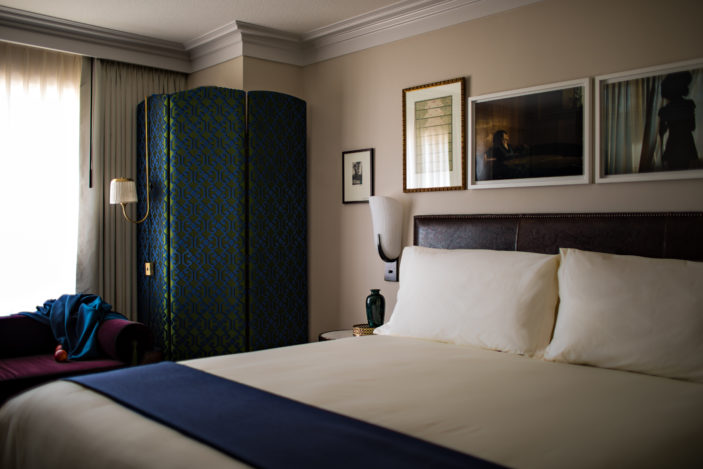 Though it feels small when compared to other rooms in Vegas, details matter here. The King Bed had cushy Bellino linens to justify the boutique-luxury branding; the writing desk was a sleek Mahogany gem that felt like it had been purchased from an antique road show; the walk-in shower was painted with beautiful Carrara marble mosaic tiles, in case you forgot how lavish Vegas can be; and the steamer trunk mini bars were very well stocked with independent brands and hard-to-find goodies. Then of course, that freestanding pedestal tub was deep and welcoming, fit into an alcove and carefully placed so any splashes would fall on the Oak hardwood floors, as opposed to the decorative rugs.

During my stay in November, the Moroccan-influenced pool with its café and bar was not yet open. As far as I know, the 24 hour fitness centre wasn’t fully ready either. Come Spring (American) of this year, that’ll all change, and NoMad will be in full operation, which should make it an even more attractive alternative to Vegas’ sometimes overwhelming, casino-focused (NoMad still has a casino, albeit a much smaller one) resorts.

The beauty of this hotel-within-a-hotel concept is that, even if the typical Vegas lifestyle is your thing, the Park MGM – an impressively modern casino resort, with a really great breakfast restaurant in Primrose – is in the same building.

The writer stayed as a guest of NoMad Las Vegas

Photos supplied and credited to Benoit Linero. Except the feature image, taken by Dylan Jeni.