You wouldn’t expect Sydney Airport to welcome a greatly finessed, high concept boutique hotel, would you? The sprawl of hotels dotted around both the domestic and international terminals has historically favoured properties which play it safe. Some are great – actually, most are – but almost all of them are in dire need of some personality. Enter Felix Hotel and it’s charming 1960’s aviation theme, shaped by local studios Fox Johnson and Space Control with vintage luxury in mind. The bright boutique has certainly set out to change Sydney’s idea of airport hotel, and for the most part it proves to be a great success. 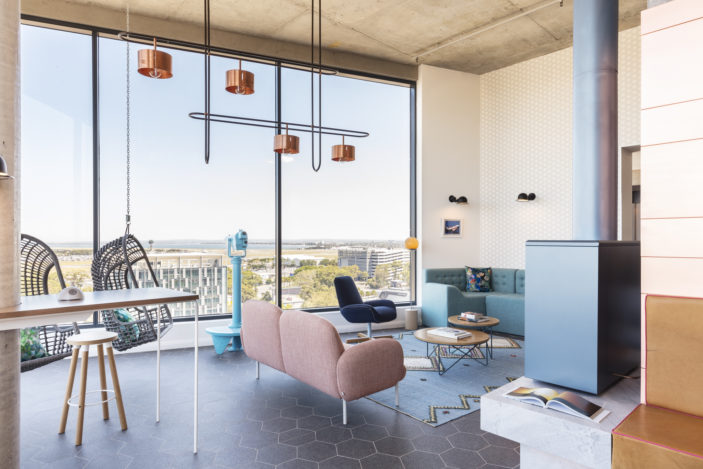 While there are a few hotels edging much closer to the airport, Felix is located amongst the majority. You won’t get direct views onto the main tarmac like you do at Rydges, but there are swinging wicker chairs and mounted binoculars on the penthouse level, set up facing double storey floor-to-ceiling windows so eager planespotters can catch private jets as they scurry across a smaller section of the tarmac. This is where reception is also found, bypassing the typical ground-floor check-in and encouraging guests to shoot straight to the top to signal their arrival. Auto check-in/out kiosks sit opposite the desk for those late-night rushes, but by day it’s worth experiencing the exceptionally friendly and helpful service to start the whole experience.

A 10 minute walk will bring you to the domestic terminal, but there are also regular shuttles to ferry folk back and forth. In terms of location, Mascot was never going to overwhelm with options for dining out, so those who aren’t too keen on the quick-and-easy pizzas, meats pies or pre-packaged salads offered from the convenient – and generously stocked – 24-hour grab-and-go station, also located on the penthouse level, will be relying on Uber Eats/Deliveroo for their sustenance. Just be warned, there aren’t too many nearby options worth ordering from, so most guests will probably just bite the bullet and settle for those forgettable pizzas or the nearby trifecta of glutton that is McDonalds, Krispy Kreme and KFC. 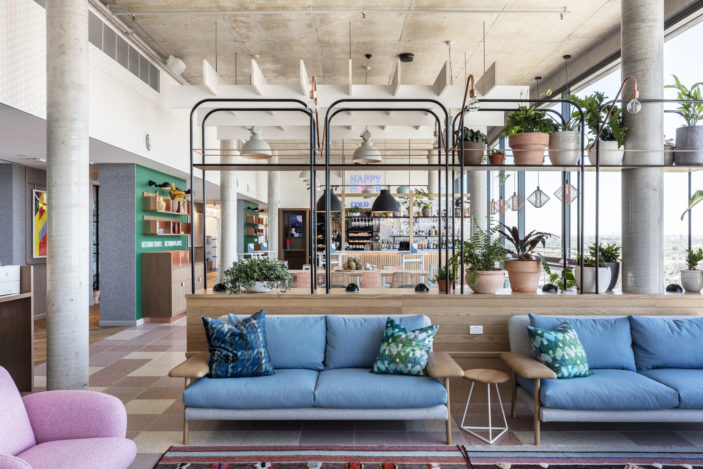 Breakfast is very much the same deal. It’s pared back, even from the usual continental selection, with grab-and-go options set up in a very minimal fashion, offering decent bacon & egg rolls, cereal and artisan muesli. Thankfully the drinking options are much more impressive than the eating, and the picturesque plant-lined bar will gladly open you up to a quality list of classic cocktails done well. The space to sit and drink them is even more impressive, with an ironic splash of sunset pink and powder blue, fluorescent tube lighting and a large tri-vision screen depicting Ned Kelly (an impressive feature from local artist Peter Bainbridge): a very attractive, tech-forward Sky Lounge, made even better by spilling out onto an open-air terrace – complete with rooftop cinema – that is a beautiful, breathable area for anyone looking to relax outside of their room. 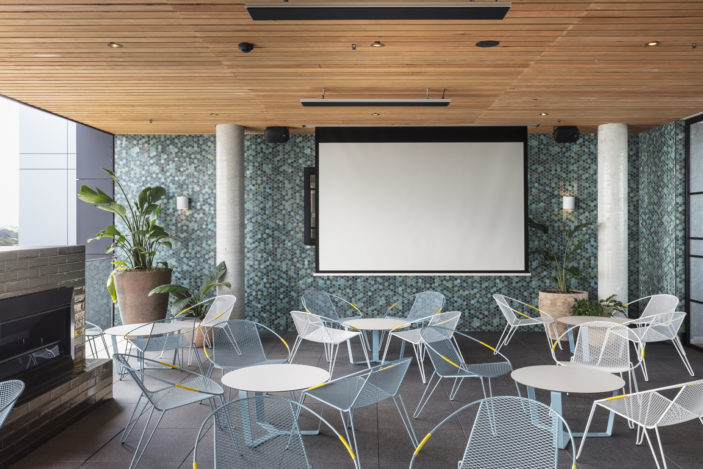 While the sky lobby and lounge are beautifully expressed spaces, already positioning Felix far beyond its nearby peers, the real magic is in the luxurious guest rooms (conceived here as “Cabins” to fit the theme) of which the property totals 150, ranging from Economy and Premium Economy to Business and First Class. The Economy “cabins” are small but functional 18 sqm rooms with Queen beds, more suited for those who just want an affordable place to sleep for a short-term stay, but bumping up to the more luxurious categories like one of the four exceptional First Class suites is highly advised. 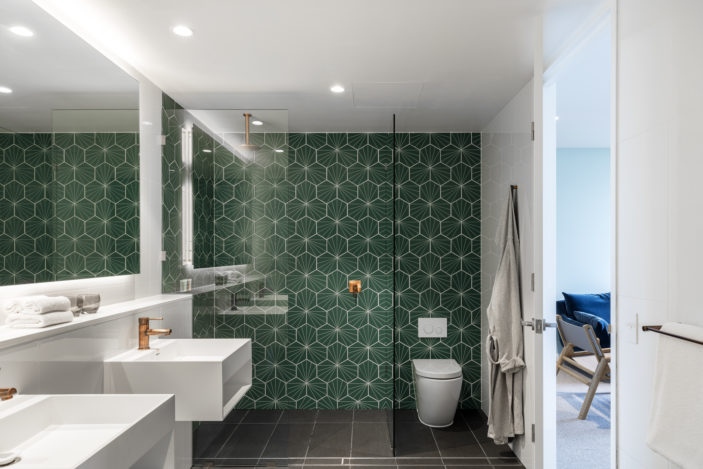 The room sits at a comfortable 40 sqm, and is where the hotel’s design is best showcased. Here, the designers move away from the brighter palette of the common areas into something a bit lighter and understated, defined with a liberal love of copper fixtures – from the lights and taps to the towel rack and shower head – set against light greens and blues. The look works remarkably well, placing this amongst some of the best rooms I’ve stayed in for a Sydney hotel, furthered by an exceptionally comfortable king sized bed and a large television affixed to a flexible base that can be swivelled from facing a comfortable lounge to the bed. It has Netflix, but you’ll need an account (and a spare use, if that’s the case) to watch.

The bathroom, with deep soaking tub on one side and a rain shower on the other, is another stunning feature, stretching almost the entire length of the room to give plenty of space, furthering the rather whimsical and colourful touches that really bring this guest room to life.

While there’s no hotel pool to be found, the other necessary hotel amenity, that being a gym, can be accessed 24/7. And it’s not merely an afterthought in terms of design – as hotel gyms usually are. While it’s not big enough to be classed as a trendy “fitness centre”, the homely atmosphere and art hanging on a feature wall do plenty to make sure this decently equipped gym shares a continuity of character with the rest of the hotel. 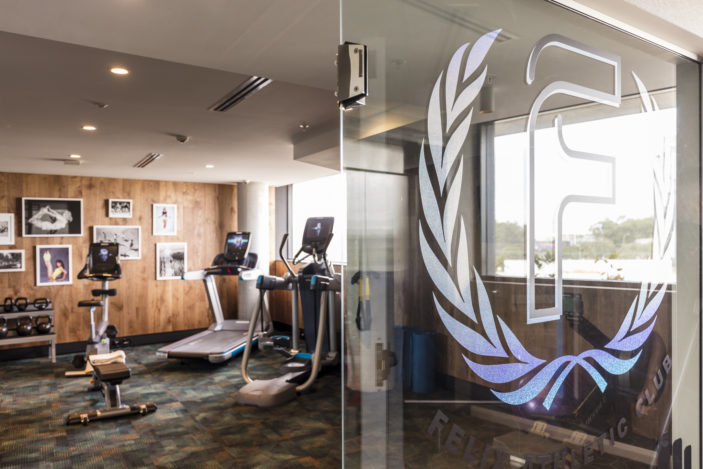 With pet family rooms available on request, and enough flexibility to put together family suites an added bonus, Felix Hotel is certainly not one to overlook, whether that be for visitors touching down for an extended layover or locals looking to stick close to the airport for a day or two before flying off. The hotel’s impeccably chiselled identity is a sure stand out, not just for neighbouring hotels in the area, but boutique-luxury properties all across Sydney.

The writer stayed as a guest of Felix Hotel.