Evidently, the promise of a big, soulful meal, assortment of dips (don’t forget that finger-licking garlicky toum), gregarious hospitality and puffy flatbreads is something we just can’t get enough of. And we always welcome more of these venues with open arms. Lucky then, that no less than three big-ticket Middle Eastern restaurants have opened in the city this year, ready and more than able to stuff us silly after months of lockdown. 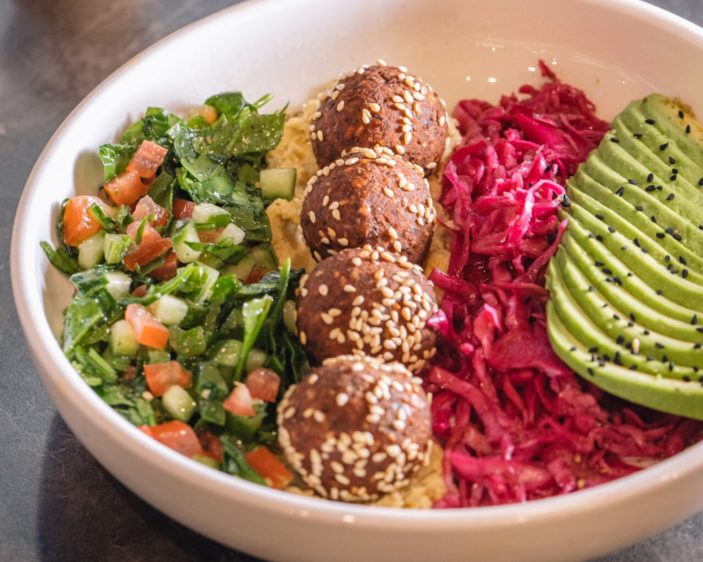 Mixing it up in the same area as legendary bars Baxter Inn and Barber Shop, Above Par is a new Turkish and Levantine eatery which, out of necessity for obvious reasons, debuted earlier this year as a takeaway business. Now, the 60-seater venue has finally flung doors open, welcoming guests to an expanded menu of traditional fare from the abundant cuisines.

The focus is as much on homemade Meze plates and dips, as it is substantial feasts built around chargrilled meats and freshly baked Levant-style bread and pastries. The streets of Istanbul are strongly expressed here, throughout both the décor and the menu. It’s something refreshing for this part of the Sydney CBD. 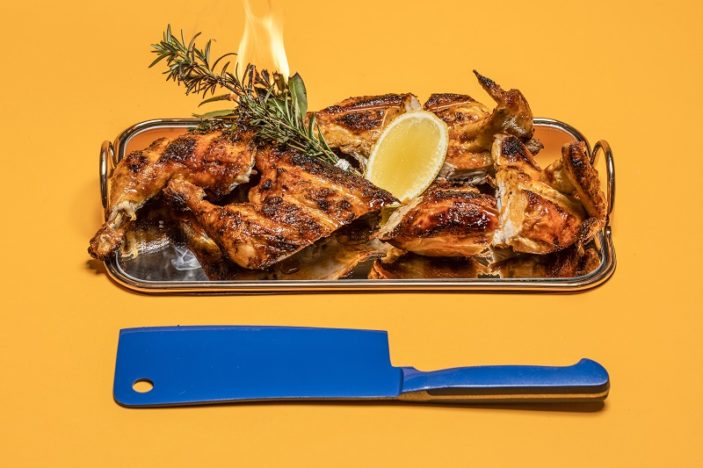 Right next to Surry Hills favourite Nour, and sharing the same owners, Hanreitta’s is one of Sydney’s big new “it” openings. And everything is focused on Lebanese-style charcoal chicken. From the wine to the sides, the menu seems to be have been curated to perfectly complement and enhance the flavours of the hero dish, which can be ordered as either a whole for $28 or a half for $15. Side dishes include housemade hummus, tabbouleh, and fattoush salads, as well as chicken tawook spring rolls, lamb kibbeh san choy bow, beef brisket shawrma tacos, and burnt baba ganoush with miso, pomegranate and herbs.

Ever-kinetic hospitality juggernaut Merivale has turned attention towards meze with Jimmy’s Falafel, opening doors to the Middle Eastern eatery on George Street earlier this year. Takeaway pita and, of course, falafel, are the mainstays here as the kitchen draws on flavours from Egypt, Israel and Lebanon, but the generous menu – which is also available via the Merivale At Home platform – also places a great deal of focus on shawarma chicken and desserts like walnut and pistachio baklava.