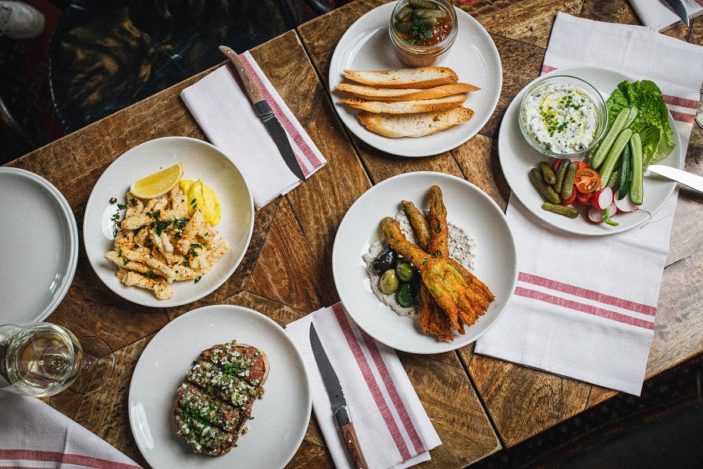 Surry Hills iconic The Clock Hotel has been through more than a few changes in its lifetime, and I’m hoping the latest is nice and permanent for the long-standing venue. That would be moving away from the typical pub grub associated with such a popular hotel into undeniably French territory, dissing the parma for some baked gruyere with some great results.

The Clock has always had a decent feed, but the new French overhaul is an interesting push towards something a bit different than what you’d expect from a Surry Hills pub. Not only does the pub now have a great selection of natural wines, but they’ve got a young chef who obviously knows his way around dishes like steak frites, baked snails, and twice-baked gruyere cheese souffle.

That souffle, which I’ve mentioned three times now for obvious reasons, is the best way to start here. It’s French food, you’re going to be loading yourself up with butter, cheese, and carbs so you might as well give yourself over completely, right? Twice baked gruyere cheese souffle is rich and bubbly, best when you’ve got the good sense to order up a warm baguette with salted butter. 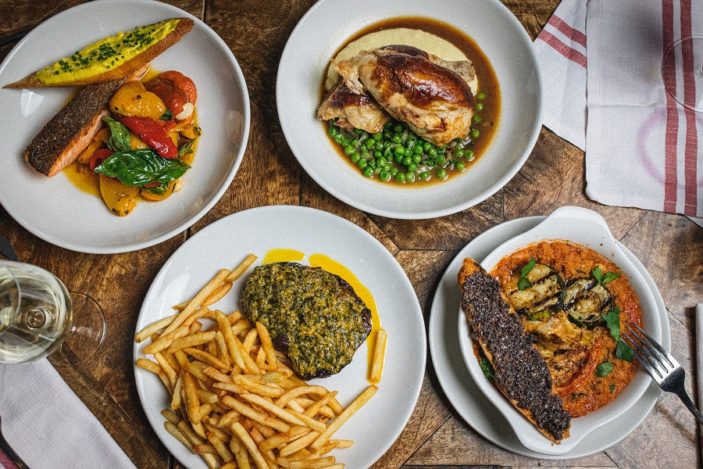 One of the biggest surprises is the crispy squid with parsley, chilli, and saffron rouille, flipping the usual salt & pepper calamari you’d order at a pub into something grand and full of flavour. A creamy steak tartare on toast should also be part of the opening show, with a basket of cheese and truffle fries on the side. This isn’t going to be a healthy night out.

The Le Burger is fairly standard and as you’d expect from the stack of medium-rare beef with raclette cheese, cornichon, dijon and pomme frites. Much more impressive are the lighter mains like the tuna nicoise salad and, even better, the crispy duck salad with blood orange, lentil du puy, and Champagne vinaigrette. As for the steak? Not quite the medium rare I asked for, but delicious nonetheless, served with cafe de Paris butter with some pomme frites on the side.

Solotel always seems to get experimental with The Clock Hotel every now and then, and this is one of their more successful left-turns. Moving away from the same-sameness of pub food onto a French bistro menu will hopefully be paying dividends for years to come, and give the young kitchen team a different kind of path to head down compared with everything else in the area.