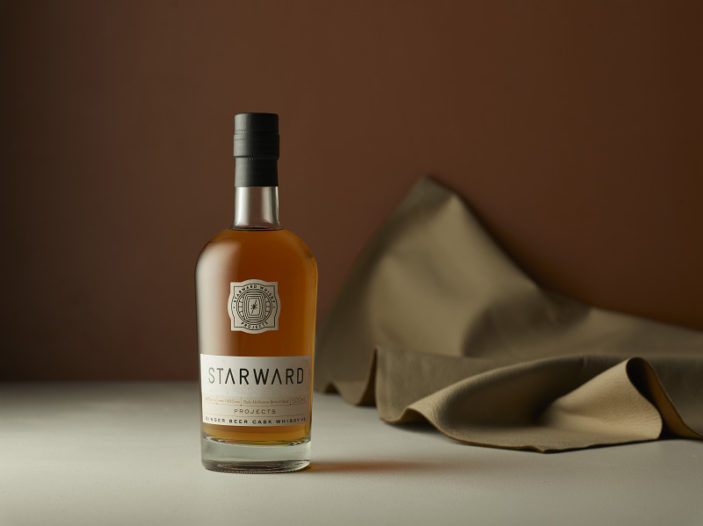 Following four successful releases, awarded Aussie whisky producer Starward has gone and lifted the lid of the fifth iteration of their popular Ginger Beer Cask limited release. The experimental cask, which since 2014 has been a hit for the distillery, once again looks to highlight the unique flavour formed using the best of Australian craft single malt whisky matured for 30 months in a ginger beer barrel.

The spicy and sweet ginger flavours from the wood have come to define this single malt, which will be available in Australia from 16th May to only 850 individuals.

“What started as an experiment, has become a definite fan favourite in our limited release Project Series”, said Starward’s Head Distiller, Sam Slaney. “Since we bottled the first cask in 2014, it’s proven to be a huge hit year after year amongst our whisky supporters, selling out within hours of being released.”

This fifth iteration takes Starward’s Solera single malt and pulls it out of a ginger beer barrel from Boatrocker Brewery, 30 months later. The finished product carries that undeniable ginger flavour, but also a nose of orange and dark chocolate, followed by a front palate of strong spice, vanilla and fresh pineapple. Sweet raisins and fig notes round out the profile, wrapping things up neatly with candied ginger, citrus and sweet apera.

Considering the popularity of past releases, Starward has introduced a ballot system for those wishing to purchase a 500ml bottle. Those who go into the ballot registration before May 14th will have a chance to purchase on of 850 bottles, with winners announced on May 16th. Each bottle retails for AUD $119 and the registration can be made HERE.