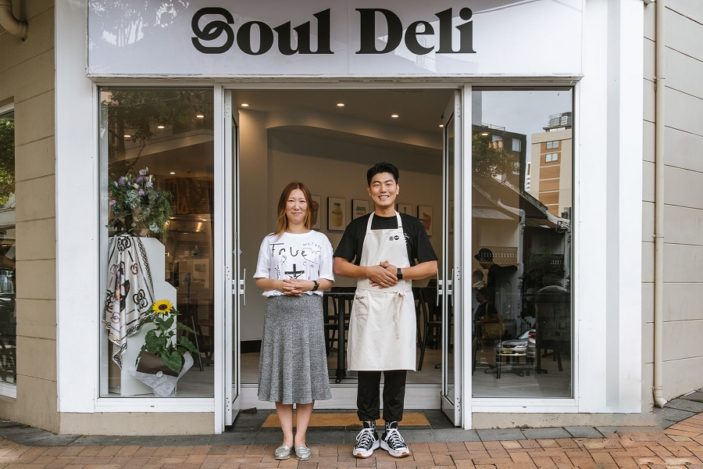 When you think of Korean food in Sydney you either conjure images of wagyu sizzling on a built-in grill, or obscenely crispy fried chicken dripping with a tangy house-made sauce.

Illa Kim and Daero Lee have been redefining that image for years at their Surry Hills restaurant, Soul Dining, often bringing in influences from other extremely distinct cuisines like German and modern Australian. It’s that kind of adventurousness that’s seen Soul Dining become a reference point for a truly one-of-one Sydney restaurant

Now, Kim and Lee have decided to open a light, breezy spin-off café to their beloved kitchen. That would be SOUL Deli, already cutting through as one of the most popular new openings in Surry Hills. Just walking up to it on Campbell Street would give you the impression that this is a café that has been standing for years and has firmly established itself as one of the area’s best. It’s also home to some of the best breakfast in Sydney now

For many cafes, it takes years to develop the kind of passionate following that SOUL Deli has built in just a matter of months. The hype isn’t surprising. Not once you sit down in the decidedly unadorned and charmingly casual space. It’s far from Soul Dining’s sophisticated interior, but the food is just as mature and fully realised.

This is because Lee is quite obviously a confident chef, spinning modern Korean flavours together with more than a few wise flourishes that speak for a chef of considerable skill. How else could he serve up a brunch staple like a good ol’ fashioned omelette and take a ridiculously lavish and OTT Devon-like approach while sticking the landing. His version: a $24 omelette served with salted pollack roe, buffalo mozzarella, herb salad, and trout caviar. A thick piece of sourdough is there to soak up the pure decadence, which is far from the gimmickry that reads on the menu. It’s an eye-opening moment that shows just how serious Kim and Lee are about making SOUL Deli a proper neighbourhood favourite. 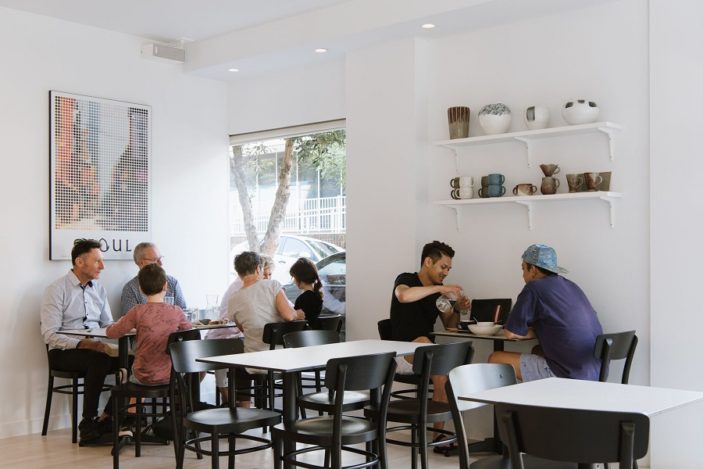 A light and fiercely Australian wine list is available for those who want to make lunch here a bit of a deeper affair. It’s a modest list but clearly Kim and Lee are paying attention to the ever-changing tastes of Sydneysiders, meaning there’s some nice skin-contact wines along with textural whites and deep, cherry-kissed reds.

“It’s hard to choose but I think the omelette” was my favourite, I say to my dining companion after finally cutting up the last piece of those buttermilk hot cakes, which just minutes before sat under a perfect piece of Korean fried chicken. “It’s unlike any omelette I’ve had in a long time.”

He agreed. In fact, he agreed so much that he has been back to SOUL Deli at least five times since. It’s almost gotten to the point where I don’t need to ask him where he is on a Saturday afternoon. The answer will invariably be SOUL Deli.

I don’t blame him. Especially not after scooping up the remains of Lee’s signature SOUL galbi bowl, which has black angus short rib that’s been marinated overnight in Korean soy pear sauce, sous-vide, and then finished on grill. The piece of buttery meat are served on rice with assorted soy pickles, kimchi, and a soy marinated, soft boiled free range egg. 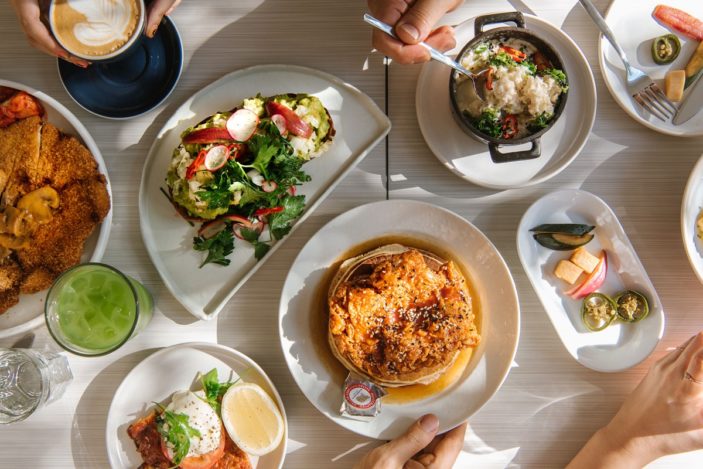 The menu is short and sweet, with each dish sounding just as tempting as the next. Whether Lee or Kim put the menu together, they know how to make each and everything sound good, while the other makes sure the taste is equally impressive.

What’s most impressive is the Deli part of the café. It’s not glaringly obvious, but SOUL Deli is as much a highly individualised produce store, as it is somewhere to sit and eat. The kitchen sells their own range of kimchi, ranging from traditional to vegan, or stir-fried in sesame oil. There’s also a pickle range sold by 400ml glass jars, and a sauce range that includes the fiery “goes with anything” fermented chilli sauce.

It truly feels like SOUL Deli is something this area of Surry Hills has needed for a long time. Not only has it made Lee’s cooking more accessible, but it’s unlocked a brighter, sunnier side of Korean cuisine that feels vital to understanding the country’s food culture.