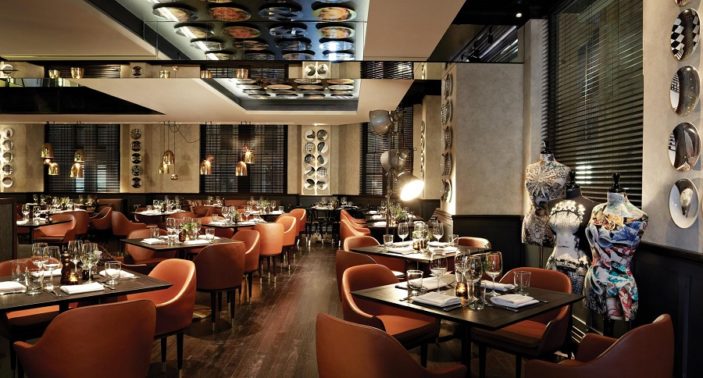 Not that it should be grotesquely touted as “freedom day” like it’s a signal to the ongoing pandemic is over, but October 11th has now been confirmed as the day when the fully vaccinated will be able to once again start enjoying fewer restrictions in Sydney. That means that we’re now able to book in those long lunches, dinners, and hotel stays we’ve been sorely missing these past few months while the city dealt with rising Delta cases.

You’ve no doubt been flooded with ideas on where to book first, but not everywhere will be opening up straight away once the calendar ticks over to Monday 11th October.

Here are five of our favourite Sydney spots that’ll be re-opening either right on Monday 11th October, or throughout the week. No doubt they’ll all be as stoked to have you as you are to be there, so expect a thick slather of celebration to help enhance the ambience.

Just remember to breathe and enjoy being out and about again, socialising with people who are just as happy to see you. I published this piece over on Boss Hunting dipping into the devastating brain fog that can be bought on my prolonged periods of isolation. Maybe you’ve forgotten how to socialise and need some help getting back out there again. This goes double for those who’ve been doing it extremely tough out in Western Sydney. Restaurants, wine, and friends are the best way to help you feel normal again so make the most of it.

Both QT properties – QT Bondi and QT Sydney – will be two of the first of Sydney’s best hotels to reopen right on Tuesday 12th October. That means you can stay, play, and of course eat & drink your way through the offerings here. Your attention should of course be on QT Sydney’s grand Gowings Bar & Grill. Chef Harry Tagg’s gorgeous menu will be once again on full display for your palate to munch through highlights like swordfish cutlet, grilled skull island prawns, and the Gowings signature cheesecake with strawberry compote.

If you’ve got a pup, we recommend taking advantage of their Pup Yeah staycation package and taking your dog for a night-in – after all, it’s one of the best dog-friendly luxury hotels in the city.

If any bar in Sydney has been a hero during the lockdown, it’s Dulcie’s. The subterranean Kings Cross cocktail bar will be reopening for bookings for groups of 8+ on Monday 11th October. Given they’ve now built up a cult following thanks to their delicious takeaway cocktails, we expect locals will be all over this underrated gem.

Ho Jiak Haymarket, now considered amongst the best modern Malaysian restaurants in Sydney, will both be re-opening on Monday 11th October, followed a few weeks later by the sister Ho Jiak venue at Town Hall. There’s going to be plenty of opportunities to dig into the premium South-East Asian greatness that has seen Ho Jiak often referred to as the best new restaurant in Sydney. But why wait?

One of Sydney’s best steak restaurants is back on the plate as Potts Point favourite Bistro Rex reopens doors just a few days after “Freedom Day”. Head along from Wednesday or try get a booking in for that weekend – it’ll be tight, this place is popular on pretty much every night of the week.

Let’s head on over to the Northern Beaches now, because Freshie’s excellent Harbord Hotel is also re-opening shortly after Freedom Day. You’ll get to dine on some of their awesome flatbreads and exceptional seafood if you get in early and try and beat the crowd. No doubt there’ll be plenty of locals keen to get back into this iconic pub, which is still quite newly refreshed given the new iteration of the historic venue only opened earlier this year.

By no means are these the only venues opening up in the days following Monday 11th October, so always remember to support your favs. They’ve been through a rougher-than-rough patch these past few months, and they deserve it.