Sydney’s most potent mix of pizza, beer and smoky rock ‘n’ roll, Frankie’s Pizza by the Slice, has officially reopened. Due to eased restrictions, the city’s favourite rock bar will once again buzz from 4pm to 3:30 every single day, with an epic return to live music via long string of shows planned for August.

With the re-emergence of live music across Sydney, most notably seen with this week’s Lime Cordiale and forthcoming gigs from DMA’S, Frankie’s is planning to pack in a hellish line up of rock for their small stage next month.

This includes Fangz on 1st August, Wicked Things with The Cha Cha Cha’s on 6th, Bad Moon Born with Black Cardinals on 13th, Avalanche with The Tints on 22nd, and more. 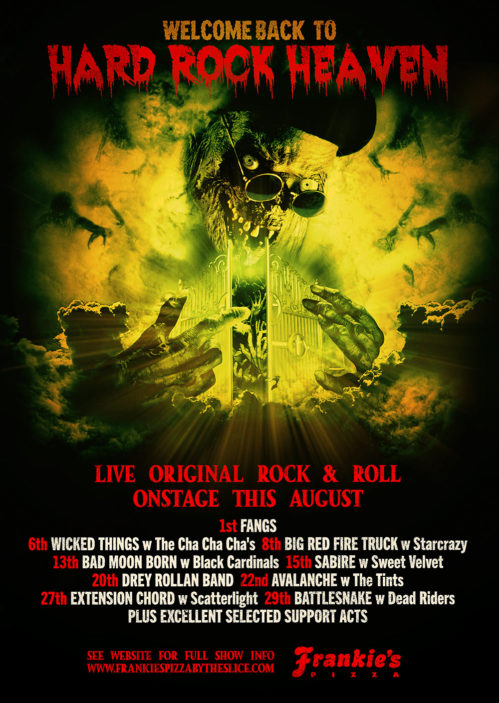 From September onwards, the late-night venue is hoping to reinstate their non-stop fully-fledged seven-day-a-week roster of live music, but for now this will do just fine. The mighty August roster can be found below. More information and tickets can be grabbed online at frankiespizzabytheslice.com.