Bunnings’ sausage sizzle to return across Australia this month 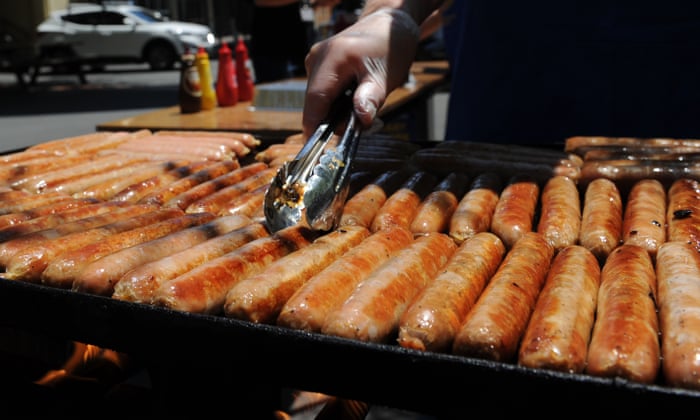 Weekend snags are set to return as Bunnings stores across Australia bring back the ridiculously popular sausage sizzle tradition.

Though it’s been an identity-forming food staple since the 90s, Bunnings hit the pause button on sausage sizzles nationwide mid-March due to COVID-19. Now, the hardware chain has promised that they will be resuming the spirited sizzles in waves throughout this month, with Tassie and NT already seeing the greatly anticipated return last week.

With Victoria an exception, select stores around Australia will once again be firing up the BBQ for that deathless combo of bread, snag, onion and sauce. Importantly, it will continue being a much needed fundraiser for numerous Australia charities and sporting teams.

“We know our customers have missed being able to show their support for local community groups by stopping by the sausage sizzle and we know the important fundraising role they play for thousands of community groups across Australia”, offered Bunnings’ Chief Operating Office Deb Poole, who stated that NT and Tassie will be used as a trial run to see what kind of measures work before rolling it out to other stages (again, except Victoria – soz)

If you’re heading along to your nearest Bunnings sausage sizzle, expect there to be increased social distancing and hygiene measures in place.