Today we’re jumping on board budget airline Jetstar’s regular service from Hong Kong to Osaka (KIX) in Japan. The journey starts in Terminal 2 of the busy Hong Kong International Airport and takes us to the Kansai International Airport in Osaka – with a landing time of about 2am. So how does the flight rate – and how do you get into Osaka from KIX Airport? Find out here.

About the Departure Airport (Hong Kong)

Your journey starts at the airport; and having usually left from Terminal 1, it’s certainly a different experience flying with a budget airline from Terminal 2. I was in transit from Australia, so I had to transit between the terminals, which wasn’t too difficult – however it was pretty hard to find Jetstar’s check in area on arrival. There were just a couple of non-descript posts with no sort of crowd control present. Though there wasn’t any queues as I was quite early, I have to wonder what would happen if they did have a queue.

There’s plenty to do in both Terminals, however – there’s even an IMAX cinema in Terminal 2, which was quite a surprise – but really, if you don’t have the time to duck into Hong Kong itself (which is recommended with any layover of 6 hours or more), you’re going to want to spend the time as I did – eating some of the great food on offer. I spent about $15 in a restaurant and had soup and duck and bbq pork and rice noodles. And then journeyed on to find some dumplings… 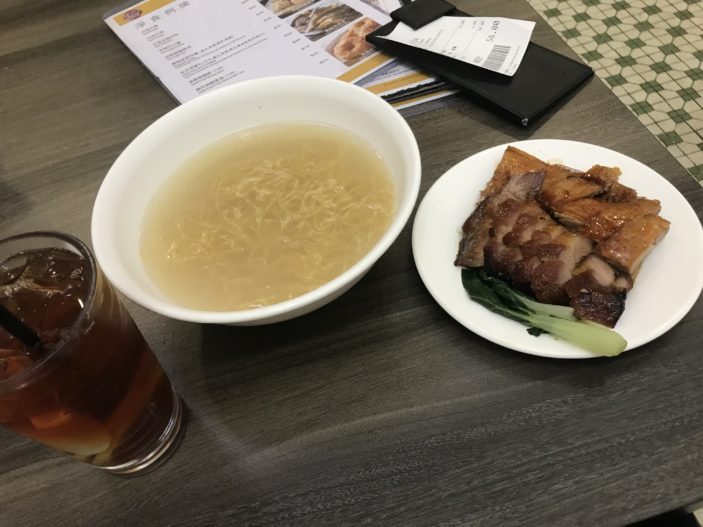 Once you get through security, you jump on the trains and end up in the same gate area as you would have had you entered via terminal 1. It’s worth mentioning that once you do get to the gate area, food options are pretty limited – so try to fit in your meal before you get through security. Luckily it all moves pretty quickly so don’t worry too much about rushing. Still, Jetstar gave us a “final call” some 40 minutes before the scheduled takeoff, which was a bit unnerving given they tell you to get to the gate only 30 minutes before departure. And then given how busy the airport is, you’ll have a long taxi to look forward to before you can take off for your approximately 3 hours and 15 minutes in the air.

The legroom is pretty average, and there’s no movable headrest, but it’s not terribly uncomfortable. If you’ve flown Jetstar before, you know what to expect. No pillow or blanket without a fee, limited recline and not much to offer aside from the seat and a fairly uneventful journey. And it certainly was – barely a bump the entire flight. It was a pretty full flight though so I often had to get up in the aisle seat to let people use the bathroom; always a risk with the aisle, but I still prefer it to feeling stuck on the window.

In Flight Food and Drink

There’s no complimentary food or drink on this service, and it’s 250 yen for a cold drink, 200 yen for a hot drink, and then 1000 for a chicken katsu curry dish. Otherwise you have the option of some hot noodles. They come through for one main service and from there on out it’s pretty much on request. Payment by cash (YEN) or card is accepted. I brought on a drink and fed myself before I came on board the flight, so I didn’t grab anything, but the options weren’t too bad.

There were a mix of announcements in Japanese, English and Mandarin throughout the flight to cater for the majority of passengers between Hong Kong and Japan. The staff was courteous and helpful and there was surprisingly plenty of overhead storage. Lights went off for about an hour of the night flight, which was enough for a brief nap. The bathrooms were clean and well stocked, and the cabin was notably clean; it was definitely a newer plane.

On Arrival at KIX: How to get to Osaka Station

This particular flight arrived at a pretty shit time… in the very brief period where trains aren’t running. But there’s a “limo bus” to Osaka station on the hour. It costs 1550 yen (which is 1/17th of the taxi price), takes about 55 minutes that time of the night, and there’s a guy waiting for you at the bus bay to take your bag and make sure you get to where you need to go. Even at 2 in the morning, the Japanese know how to get you where you needed to go. The only disappointment was that due to the hour of arrival, the Nintendo display wasn’t open. But there were plenty of vending machines to get you in the spirit of Japan. 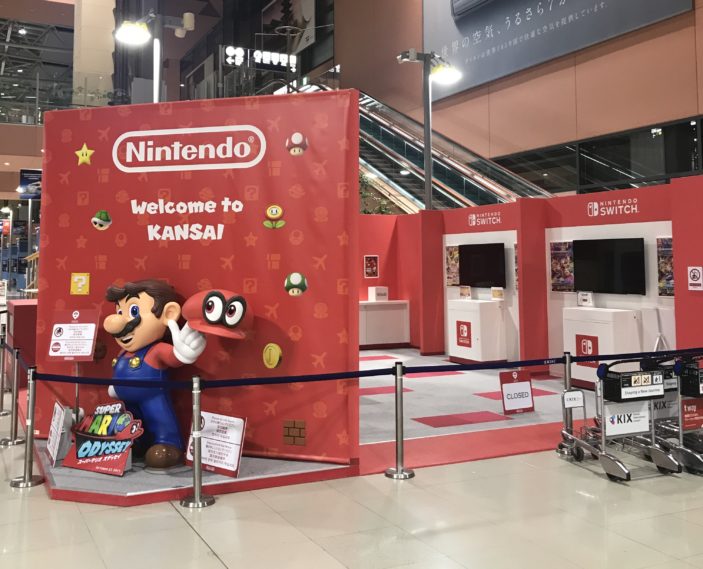 You get what you pay for with budget airlines, so you can’t compare this to full service carriers. But honestly there wasn’t much to complain about the experience. I was comfortable enough, enjoyed good service and a clean, new plane. Just load up some Netflix before you fly, bring on a bottle of iced tea and the three hours will fly by (literally).

To book your next flight with Jetstar, head to jetstar.com.

The writer flew at his own expense. Photos by the author.