Exploring Koga: one of Japan’s secret attractions, and an ideal Tokyo day trip

When first-time tourists visit Japan, they often take such a well-trodden route that it has a nickname within the Japanese tourism circles.

Known in the industry as ‘the golden route,’ this commonly explore circuit travels from Tokyo to Osaka and Kyoto and often Hiroshima. While it’s a stunning and undeniably rewarding path to take, the joy of visiting Japan time and time again is that as your familiarity with the country grows, so does the nation’s offerings, unfolding like a never-ending gift of cultural and culinary experiences.

Whether you’re taking a journey deep into the nation’s most iconic destinations or just off on a mini-day trip from one of the capital cities, there’s an abundance of things to see and explore no matter the celebrity of the city’s name. One such example is Koga, a laid-back, humble city that sits just outside Tokyo in the quiet prefecture of Ibaraki.

Look Koga up online, and there’s a pretty high chance you won’t find any online travel guides, blog posts, or Youtube videos on the place, but that’s not because it doesn’t have anything to offer. In fact, quite the opposite, play your cards right by planning out a visit to Koga, and you’ll be swept up in the magic of what’s hidden.

Situated at the northwestern corner of Ibaraki, about an hour and 15 minutes by car, or an hour by train from Tokyo, it’s a town of just 138,446 people (in 2020), which by Japan standards is tiny. What this town lacks in people, it makes up for in character.

Koga is probably best known for its 250,000 square meter Koga Park, home to the colorful Peach Blossom Festival, which takes place from late March to early April each year. There are, however, plenty of locals also living here, turning Koga into a luxury culinary and cultural destination. 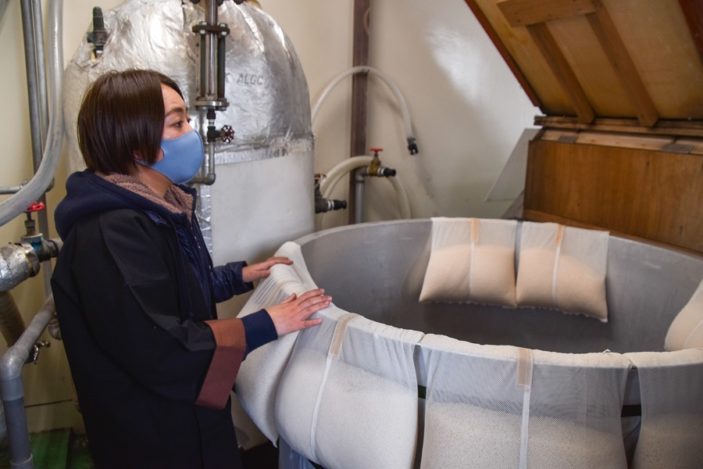 Aoki Sake Brewery is a proud family-run brewery and one such example of Koga’s local appeal. The home of the family behind the brewery and the brewery itself is located on the west-side of Ibaraki, right by the rushing water of the Watarase River and not far from the neighboring Tone River. The Aoki Brewery was founded all the way back in 1831 and today proudly remains a family-run business. One of the brewer’s current daughters actually quit her job as a nurse to continue promoting this legacy brew. 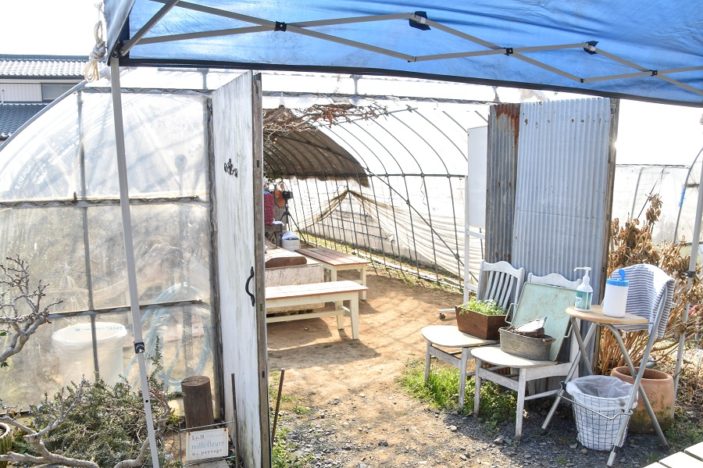 Typically it’s the areas of Yamagata and Niigata that are known for producing excellent, award-winning sake, but Ibaraki definitely holds its own; just sample the brews offered by Aoki, and you’ll agree. This destination is also home to Koga’s only entirely local brewed sake. Known as ‘Gokeiji’, it’s slightly sweet, light tasting, and perfectly balanced, the embodiment of Koga itself. This sake is subtle but deliciously enthralling. The brewery has collected awards for this blend, including the IWC Sake Grand Prix (2016). For guests who are in the area, Aoki runs guided tours and tastings throughout the year, including in winter when sake production is at its peak. 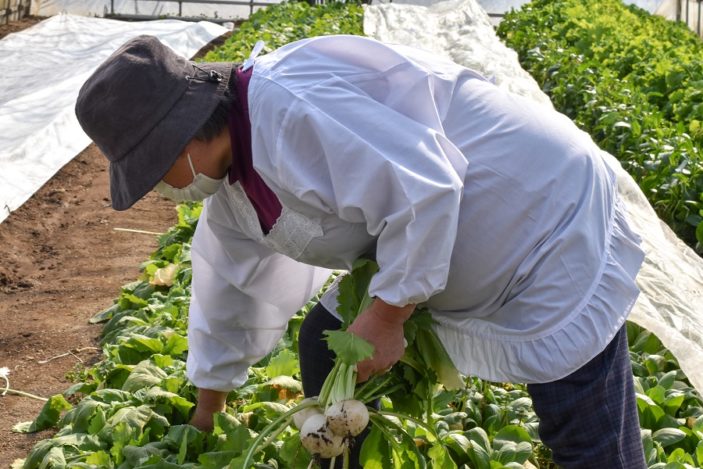 The ideal follow-up to a stroll and some sake sampling at Aoki is a visit to Akiba Farm, a quaint but vibrant farm run by a couple (husband) Satoru and (wife) Hiroko Akiba. The pair originally lived in Tokyo but relocated to Koga, Satoru’s hometown, to pursue a life of more balance, health, and freedom. The pair are the 17th generation of the Akiba family, and they’re doing their family legacy proud. As passionate advocates for good eating and understanding the land, the pair grow many of their own vegetables and occasionally offer boutique farm-to-table style dining in their charming repurposed greenhouses. The pair work in collaboration with local breweries, chefs, and producers to craft a multi-sensory, multi-course seasonal lunch, featuring a variety of cooking styles, from Japanese-inspired bento (lunch box) style dishes to European flavours like rich, smooth beetroot soup with yuzu (a little taste of Japan).

With two young children themselves, one of the pair’s major areas of focus is food education. They care passionately about teaching children and younger generations about the importance of being conscious about what you eat and how it’s produced, so they run educational experiences allowing students to come, study and appreciate the way of the land. 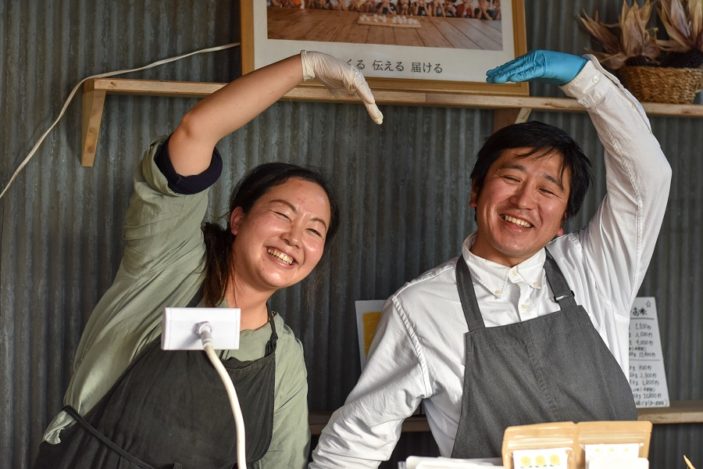 Before relocating to Ibaraki, Hiroko was an expert herd blender at a vegan restaurant in Ginza (an upmarket neighbourhood in Tokyo); it’s a skill she’s brought to the farm, where she currently grows a variety of herbs, including ten varieties of Japanese mint alone. She also makes cocoa tea, a tea that tastes almost freakishly like a rich, delicious hot chocolate (sans all the milk and sugar). At Akiba farm, Hiroko runs tea-brewing workshops, ideal for those wanting to learn more about herbs’ healing and health powers. As part of your visit to Akiba Farm, it’s highly recommended guests sign up for a tea brewing session to end your visit.

Friendly people passionate about their produce and all the goodness of the land, Koga is a town that, while humble in size, its passion and welcoming character is strong. This regional side of Japan is one many tourists might not have the opportunity to visit, as language and lack of information may hold them back, but Koga is reaching out ready to welcome you to a wonderful experience of food, sake, and good conversation next time you come back to visit.

How to get to Koga from Tokyo

By car, Koga is a one-hour and 15-minute drive north from central Tokyo. If traveling by public transport, it’s an easy route. From Shinjuku Station, catch the Yamanote to Ikebukuro Station, switch to the Shonan Shinjuku line, and ride that all the way to Koga Station. If you want to get around in Koga, it’s recommended you take taxis, as public transport in the city isn’t super regular.