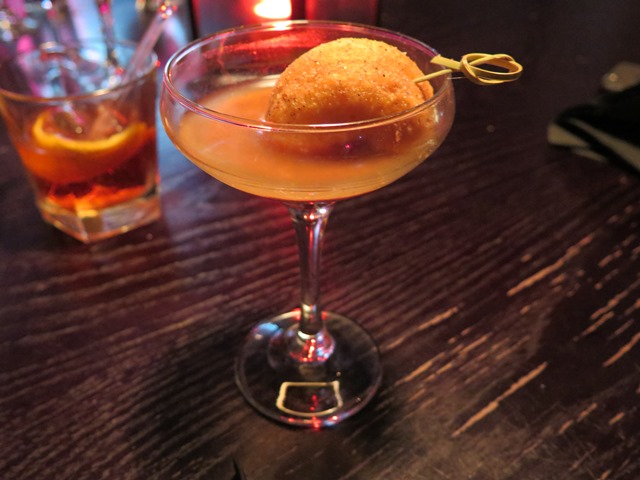 The Smoking Panda is one of those blink and you’ll miss it places, a nameless sign stamped with a cute furry panda is the only clue that this hidden gem of a bar even exists. Which is just the sort of thing to be expected from its cheeky collaborators barman/mad scientist Grant Collins (White Hart, The Powder Keg) and adventurous chef Danny Russo (Marble & Grain, The Powder Keg, Bertoni Ristorante). A slice of neon Americana fused with Asian accents which spread across the décor and menu, the concept is quirky, unexpected and knows how to poke fun at itself. Celebrating its first year in existence The Smoking Panda threw a party filled with delicious dim sum, crazily themed cocktails and a bit of that silliness it’s known for.

You know you’re in for a treat when the dynamic duo behind ye olde gin palace The Powder Keg are in charge of the booze and nosh. Guests were served a whole bunch of retro cocktails with an off kilter Collins twist including the Dunkin Doughnut Martini ($17), a sweet and deceptively strong blend of dark rum, bourbon, fresh vanilla beans, vanilla liqueur, butterscotch liquor and doughnut syrup garnished with a chunk of cinnamon doughnut. For the sugar fiends out there it’s liquid gold, tasting even better soaked up in its garnish.

Two classics came past in an Old-fashioned and the Panda’s bold, bitter version of a Negroni ($15) complete with house-made spiced Campari syrup, Dolin vermouth and tequila. In this household Pandas don’t only smoke, with second favourite The Blushing Panda’s ($16) combination of rose essence and vanilla gelato making a very pink, very creamy statement.

In true Russo style there was no shortage to the variety of food on offer and the portions are just as generous. The Smoking Panda has a collection of traditional yum cha items on the menu alongside a couple of tempting fusion dishes including the slider range which comes in XO Soft Shell Crab, Chicken Katsu and Grilled Pork ($7 each). The fillings may be the star of this dish, it’s hard to go past crispy crab, juicy katsu or tender pork paired with fresh creamy slaw and a nice hit of fresh herbs, but the heroes are those steamed slider buns. It’s a feat of engineering getting just the right amount of fluffy breadiness into a bun without it turning to stodge and these were just perfect. The scatter of special seasoning on top was a tasty, visually appealing touch too. 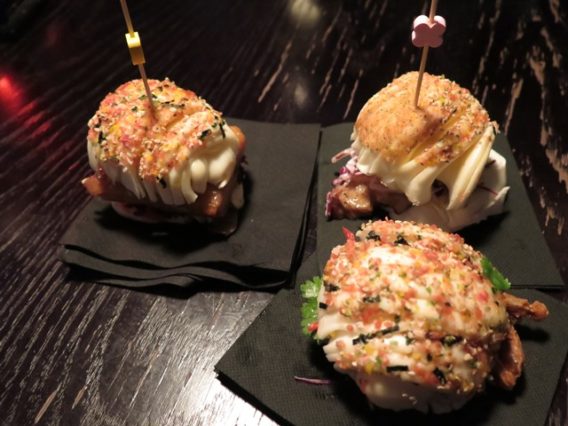 Whoever invented dumplings deserves a knighthood or at least a round of high fives, especially when they’re this good. The seafood stuffed into these heavenly parcels was treated with the utmost respect resulting in deliciously succulent Scallop Dumplings and Prawn Har Gow ($11). The pork Soup Dumplings ($9) are another menu highlight, usually a hazardous attempt at simultaneously sucking up delicious meaty filling and combatting a burst of scalding soup, these had just the right amount of broth for graceful enjoyment. 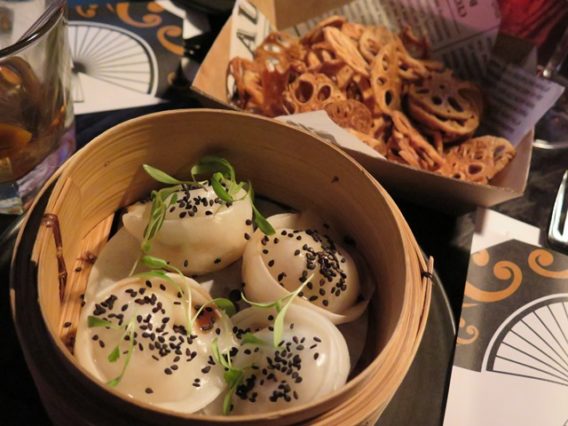 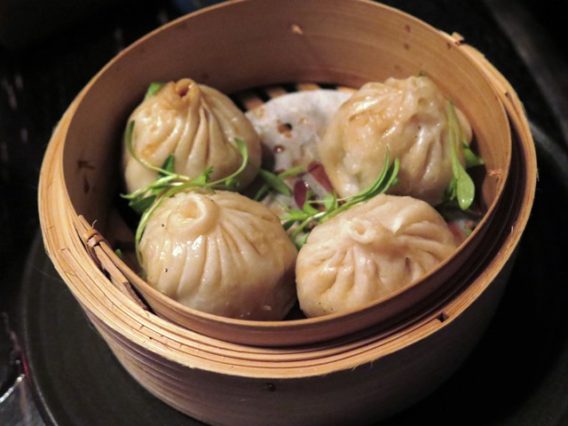 A few other outstanding bits and pieces churned out by the The Smoking Panda kitchen included massively sized Duck Spring Rolls with Plum Sauce ($11), crunchy Five Spice tinged Lotus Chips ($5) which were light and devilishly moreish and the epitome of heartiness, Spiced Lamb Ribs ($11) slathered in a rich coconut peanut butter glaze. 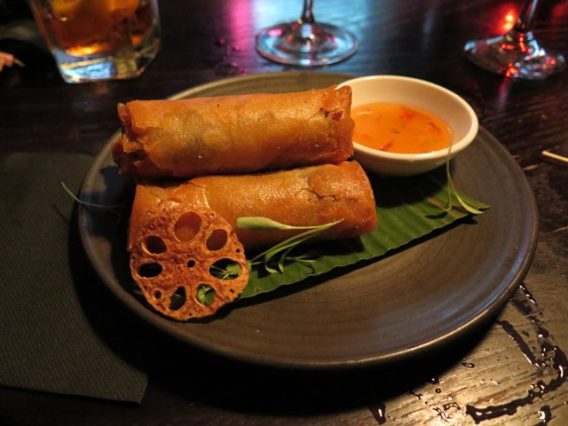 Although half the fun is in keeping a place a secret and gloating to your friends afterwards, there’s no doubt The Smoking Panda is worth sharing (not to too many folks though!). It’s a great place to chill out, socialise, sip outrageous sounding cocktails and chomp down on some tasty eats. Yes, having a neon Marlboro sign and a tank of jellyfish alongside oriental lamps and wall emblems may leave visitors scratching their hands, but maybe the point is, to stop thinking so hard about it and have a drink instead.

For menus and to book please visit http://thesmokingpanda.com.au