With the hype Avengers: Endgame; the culmination of Marvel’s 10 year cinematic universe sweeping the globe, it’s only natural that movie tie-in merchandise would follow in its path. Enter Ubtech’s Iron Man MK50. Based on the Iron Man costume seen in both Avengers: Infinity War and Avengers: Endgame, the MK50 presents itself as an elaborate action figure, complete with some initially interesting augmented reality features and numerous customisable options.

Firstly, I would just like to quickly mention the box itself, as strange as that may be. An all-black design paired with that iconic gold font on the left and the open window on the right, it’s honestly tempting to display it in it’s original packaging every now and then. Out of the box though, it doesn’t take long before you’re on your way. The package comes complete with the MK50 bot, micro USB charger and AR mat, which will come in handy later. Standing at around 30cm tall, Iron Man himself feels weighty, and with multiple articulating joints, turning him on for the first time was a pleasure, as Tony communicates with F.R.I.D.A.Y, his inbuilt A.I. system. It’s a charming boot-up sequence to say the least, but as it repeats every single time you turn your robot on, you may find it overly repetitive. However, with multiple LED-lit sections in the suit, from the helmet, to the arc reactor, to the signature Repulsors, there’s no shortage of things to keep your attention. I’m a big kid at heart, and it’s moments like these that encapsulate exactly why. 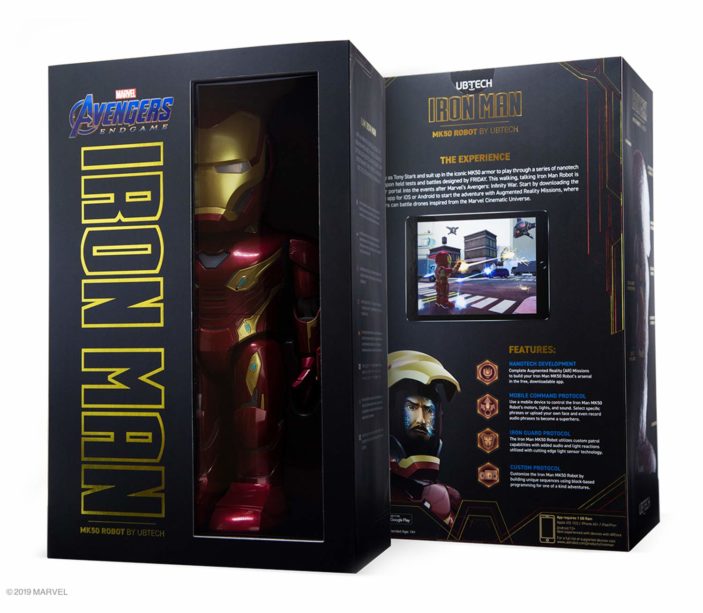 When it comes to usability, users are required to download the official companion app, which functions on majority of smart phones and tablets and can be found on both the Apple App Store and the Google Play Store. It is important to have the app downloaded as it accounts for most of the functionality the MK50 is capable of. Without the app, the robot us limited to the start-up sequence and various movement-based reactions environmental cues such as movement detection and lighting changes. The app includes an augmented reality mode, where users place Iron Man on the included AR mat and stand behind him as he takes on waves of various robotic enemies. The robot also moves and makes sounds as it responds to your inputs, but as most sounds come from the robot itself, it can be a little jarring at times. It’s also worth noting that the MK50 cannot move off the mat during this mode, which is a little disappointing. I’m not expecting him to run around as such, but as Iron Man’s manoeuvrability is a staple of his character it’s a shame he can’t move at least a little around these environments. While it’s admittedly cool to see your own room change and adapt to Iron Man’s surroundings, this mode will only keep you invested for a few hours at best, as it soon succumbs to repetition. 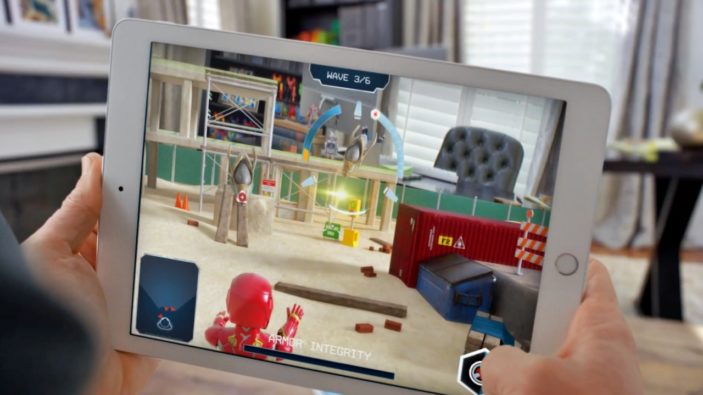 The app also includes a Mobile Command Protocol mode which allows you to control the MK50 in various ways, which gave me the best look at the robot and its features. I enjoyed this more than the AR mode simply because I had both more freedom and control over the suit. In this mode, you can make Iron Man walk, turn his head, charge his repulsors and even change the colour of his arc reactor. It wouldn’t surprise me if this mode keeps users entertained for longer in a bid to explore all of the suit’s capabilities while having fun in the process. Users can also set up the Iron Guard Protocol, which allows you to not only transfer a photo of your face to the nifty little LCD screen hidden under the MK50 faceplate, but create custom move-sets that are activated when unsuspecting individuals walk by. I personally had a ton of fun with this mode as it’s a great way to get others involved, with the ability to record your own phrases which made for some extra laughs. It’s the memories I created in this mode which unveiled the true fun of the the MK50. To cap it off, users can expect to get around an hour and a half of solid play time, and while it’s not overly long, I found myself rarely using it for more than an hour at a time. But if you are planning on using it for extended periods of time, the MK50 can be fully charged in just over an hour. 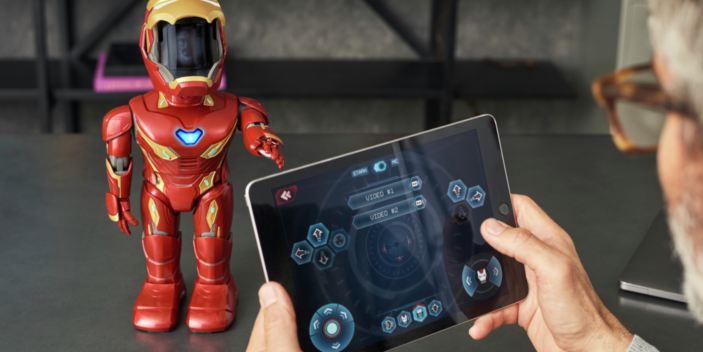 Looking at the MK50 as a whole, it’s hard to deny the fun one can have with both the AR and Iron Guard modes. While I would classify this as an extremely advanced action figure, at a recommended retail price of just over 400 AUD, it’s tough to recommend this to casual audiences. As it’s recommended to those 14 years and over, I can see an older audience gravitating to this as a fancy collectible, on the condition they can afford it in the first place.

Overall, Ubtech’s Iron Man MK50 Robot shines in parts, thanks to its impressive build quality and customisable features. The app functions well with the robot, but with a lacking AR mode, expect to find most of the package’s perks in the Mobile Command Protocol mode, which not only encourages imagination, but allows the bot to do much more than what is accessible in augmented reality. At an admittedly steep price point, it’s not for everyone, but there’s no doubting this is one impressive little action figure, and probably the closest I’ll ever get to owning my own piece of Iron Man tech.