At a time where speakers are getting smaller, more powerful, and more connective, companies across the board are focusing just as much on aesthetics as anything else to help them stick out from the pack. Logitech’s latest entry into the reasonably flooded wireless speaker market are their Z600 speakers, a pair of beautiful towers perfect for your office, with the ability to connect to your laptop or mobile device via Bluetooth.

By focusing on the aesthetics, Logitech have made produced a twin set of speakers that are a must own. The units connect to one and other via a Y-connector which then plugs straight into your power strip, keeping everything tidy – and as the photo above shows, you can essentially have speakers that are protruding from your desk. No cords, no mess. 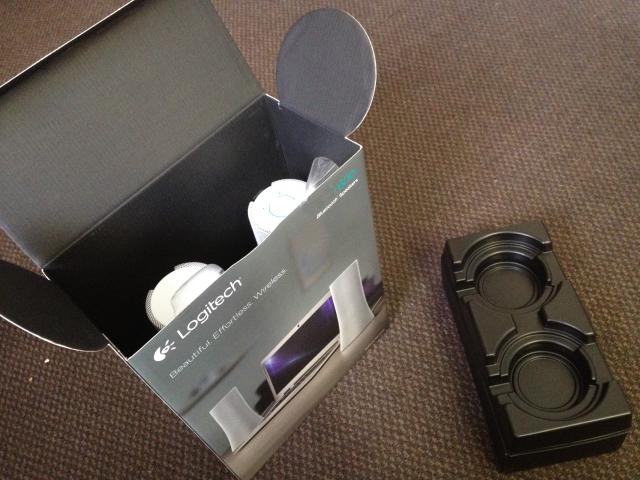 The aesthetics are well considered from the time you open the box, with each unit carefully are artfully packaged. 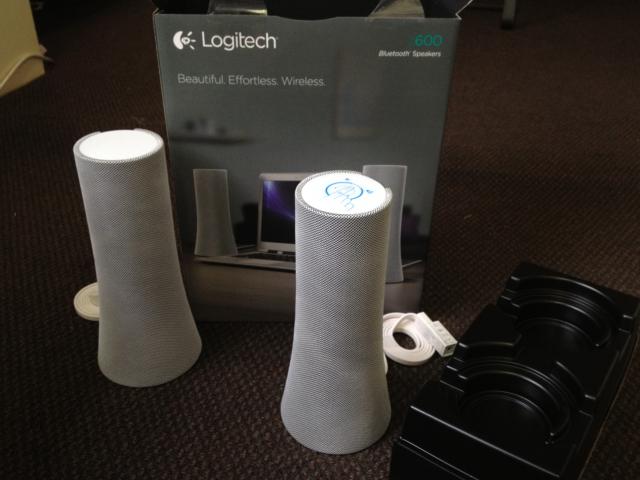 The speakers themselves aren’t quite 360 degrees, with a white strip on their back. The left speaker is empty in this area, while the right contains the power and Bluetooth buttons, a micro-USB port and the AUX jack, for which an audio cable is provided. The top of the right speaker also holds the interactive “touch disc” which allows you to turn the volume up and down by moving your finger clockwise or counterclockwise, respectively. The interaction between the volume and the unit you’re connected to is seamless and you can also adjust volume through your unit. 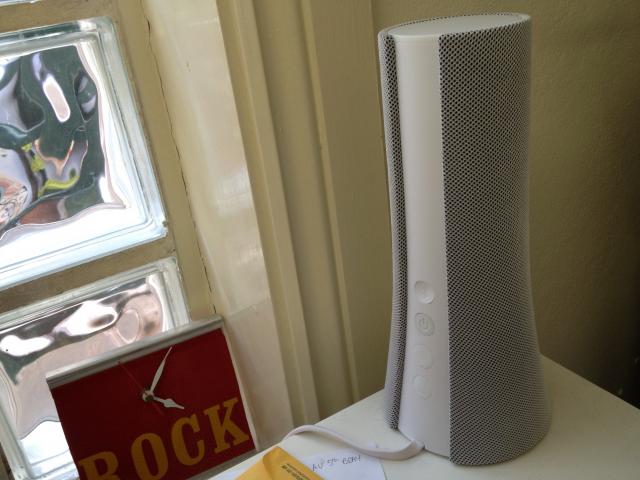 Setup is incredibly easy. Plug it in, turn it on, and press the Bluetooth button. My iPhone and MacBook connected almost instantly, and we were listening to music from iTunes within minutes. The speakers allow you to pair up to eight devices at any time, with three devices able to be connected simultaneously (something which we tested and worked fine).

Once you started playing music, it was difficult to connect new devices, and we found you needed to restart to system to make that work – but this is to be expected in any setup process. Other than that, it was a painless process and the Bluetooth worked tremendously. We moved our iPhones throughout the building and still had the audio playing seamlessly.

Unlike some other Logitech wireless devices, you’re not able to interrupt a stream from one device to another. You have to pause or stop one to start playing the other. This should avoid any arguments and is a welcome arrangement…

If you don’t have Bluetooth on your laptop, Logitech include a USB transceiver which is fantastic to ensure you can connect with any device (especially older units) – though we didn’t test this aspect out in this product review, as we had Bluetooth on all our devices.

Though their aesthetics may fool you, at $199.95 (AUD), these are not high end speakers and are built for small rooms and desktops. The weight of the box is the first indication. These are light speakers – there isn’t much bass here to speak of and turning the volume up loud doesn’t warrant the best results – it all gets pulled back. But given the price, it’s hardly expected. For desktop speakers, you’ll unlikely to find better at this price range – especially ones that look this good!

[email protected] are back with their first new song in close to twenty years. #GadigalLand is our #TrackOfTheDay! #NewMusic

If you're a fan of Bopp & Tone or June's Shoppe, then check out the Applejack Group's latest venue, Hester's Cafe and Bar, opening tomorrow in Sydney's CBD.

It's been a couple of weeks since we finished reading Kathleen Jennings' Flyaway and we loved every moment of it.

Today, we're excited to be sharing an interview we did with the author and illustrator herself - check it out on the site now!