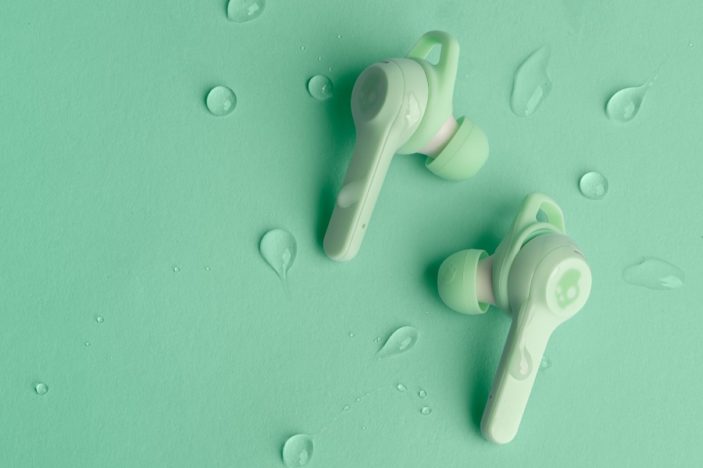 Skullcandy may be relatively young when it comes to truly wireless earbuds, but the reputable audio company has shown time and time again that they can never be discounted in a fiercely competitive market. Although despite their penchant for personal audio, the company still feels like it’s pulling punches with their latest additions to the family.

Case in point would be the sports-friendly Push Ultra, which in a pursuit for situational awareness, sacrifices too much to justify the price tag.

Are the Indy Evo Truly Wireless Earbuds any better? They certainly move away from the mistakes of their more expensive cousin, aiming for lifestyle users, and hence looking to compete with more expensive options like the Apple AirPods and Sony WF-1000XM3s. Albeit they are at a much more attractive price point then the more powerful alternatives, which ends up saving the Indy Evo’s and positioning them as a fine choice for mid-tier buds in 2020. 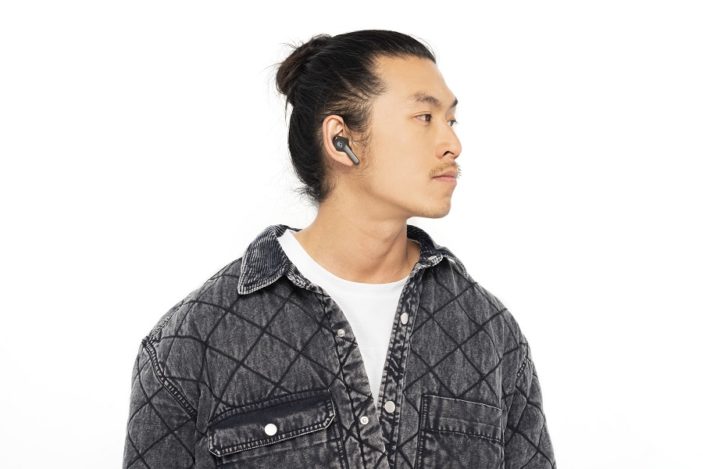 The original Indy earbuds have been updated, but the design has largely remained the same. They are still cloning the Airpods, with that recognisable elongated stem which protrudes out of the ears. I much rather the stemless low-profile look, but for those who sweet on the design, Skullcandy have got it right.

Despite the cheap plastic feeling of the buds, they are some of the best fitting you’ll find at this price point, and put quite a few more expensive competitors to shame. Rather than take a one-size-fits-all approach, Skullcandy provides several silicone tips which are complemented by stable eargels to ensure a perfect fit. And once they’re in, the buds hold well in place even when you’re jostling around. In fact, given they fit so well, I’d rather use these for light exercise than the Push Ultra given that the in-ear design makes them sound much better.

A reliable IP55 certification should flick sweat off no problems, but I’d keep this away from anything more than a splash.

The biggest mark against the design is just how many functional controls Skullcandy has tried to stuff into the touch panels, with just about everything you can think of. This requires a bit of a learning curve to get right, especially since the dedicated smartphone app isn’t as intuitive and comprehensive as some other competitors. The touch controls aren’t all that responsive either, and I’ve had more than one problem where a quick tap to play/pause hasn’t registered right away.

The buds are fitted for use either as a pair or as solo, which can confuse Bluetooth connectivity a bit but is a nice touch for those who like the trade off for situational awareness. Although the ambient listening mode works quite well anyway, so I don’t see why they needed to include the ability to go mono.

The included charging case also feels quite cheap and plasticky, with a loose clamp so I wouldn’t want to drop them. Although if you did, and the buds flew out, you can easily find them with what is Skullcandy’s biggest selling point for the buds – the partnership with Tile. Yep, they have in-built Tile technology so you can use the app to easily find the buds when they are within range.

While the charging case is small and could fit snugly into a pocket – albeit with a slight bulge – the drop-down design where you slot of buds into small holes can be annoying. The low lid means that the buds need to be fitting perfectly in order for it to shut properly, which can take a bit of fiddling as you’re taking the buds in and out. Of course, this isn’t an issue once you become used to how the buds fit into the case, but it still takes a bit from what should be a seamless experience.

The sound wins points back for the Indy Evo, and this is largely due to the in-ear design. If you’ve read my test of the Push Ultra then you’d know that a sports-first design can seriously compromise when it comes to sound, so luckily Evo instead focuses on making the buds sound great for the lifestyle users after a wallet-friendly option.

Skullcandy is typically trigger happy when it comes to the low-end, appealing largely to bass heads with a willingness to sacrifice balance. The Indy Evo is, thankfully, the opposite of that. The balance here stands rather well, at all volumes, with bright and present mids and highs but still enough rumbling low end to tease out the nuances of more bass-heavy styles like hip hop and EDM. Jazz sounds fantastic on these things, which is my go-to standard given the instrumentals are usually dense and fuzzy – the Indy Evo passes the test here, all crisp and natural. Though still nowhere near the level of detail of more expensive competitors.

I’m not sure why Skullcandy has been so lazy with EQ. While other brands allow for customisable EQ via the connected smartphone app, the Indy Evo only allows for three preset profiles – Music, Movie and Podcast. And I’ve found, ironically, that the bass-friendly Movie mode works better for music than “Music” itself.

As you can probably guess, Podcast mode takes out most of the low-end and puts the focus on mids and highs to make sure those vocals come through. On louder volumes this can sound quite jarring, but I found as long as you’ve got this at about 70-80% volume, than the Podcast EQ is actually perfect for those addicted to hearing other people talk.

And as for Movies. Despite there being no support for aptX, I’ve never had an issue with latency while watching streaming services on my phone.

The dual mics included in the buds work to reduce noise and theoretically bring clarity to your calls, but I found there’s still a noticeable muffle effect, with users sounding distant to those on the other end. I had a few calls where I had to repeat myself, although I haven’t tested in loud environments given I’m going out less – 2020 and all.

Skullcandy deliver on their promise of an impressive 30 hour battery life in total, assuming you’re popping these into the case every now and then. And they charge quite fast too, with roughly 10-15 minutes giving you enough juice for 2-3 hours of playback.

At A$179.95, the Indy Evo is the best balanced of Skullcandy’s wireless earbuds and a much better play at the market than the disappointing Push Ultra. You won’t find many buds that sound this good, feature Tile technology, and boast a total battery life of 30 hours, for less than $200. That alone is reason enough to recommend the Indy Evo, even if the design feels cheap.

Review based on unit supplied by Skullcandy.