Realme C3 Review: When good looks can’t save you

For a budget smartphone, Realme’s C3 sure looks tempting. It’s Blazing Red colourway is a reliable head-turner with its richly textured ribbed finish and ability to shrug of fingerprints like a pro. It’s also large enough to at least pretend to be a top-tier phone.

But for all it’s good looks, book-cover applies here, and though the C3 could easily slink past the bouncer into any of the world’s top nightclubs (except Berghain – it’s not black), once you begin flirting with it, the blemishes are hard to ignore. 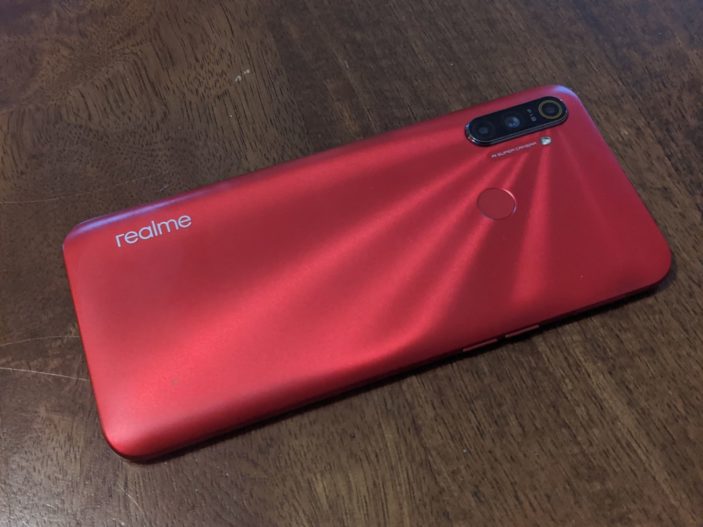 For all the notable compromises, the C3 is still hard not to like. It’s assertion as a high-value phone isn’t unfounded when you’re getting a nicely sized 6.52-inch LCD IPS display with a 720×1600 resolution, clean with thin side bezels and a centre teardrop cut-out for the 5MP (f/2.4) front-facing camera. It’s chin is a bit bigger than most would look, but for a budget, it’s not too bad.

The screen’s average resolution is just the first of many sacrifices you’ll have to contend with given you’ve just gone for a phone that’s more than half the price of higher-end devices. Watching media on this is as much of a step-back as you’d expect, with flat colours and largely inconsistent contrast.

Pick it up and the 164.4mm x 75m x 8.95mm body feels nice and lightweight in the hand, but its unmistakable plasticky grip betrays the low cost. It’s still a good grip, with a layout that’s comfortable to use – power button on the right, volume rockers on the left, and much like Google’s Pixel 3, a rear-mounted fingerprint sensor.

As with most lower priced phones nowadays, a 3.5mm headphone jack is positioned on the bottom of the phone. You’ve got also a dual SIM tray and MicroSD slot, so there’s plenty to be happy about when it comes to hardware. Although the use of Micro-USB for charging feels dated.

Rounding out the body is a rather chunky camera bump, the cause for the awkward lopsided wobble you’ll get when resting the C3 on a flat surface. Boosted by AI, there’s a 12MP (f/1.8) primary lens sits on top of a secondary 2MP (f/2.4) portrait and a 2MP (f/2.4) macro. That’s not bad as far as the spec sheets goes, but as we’ll discuss below, shortcuts in the software can’t quite match up.

Once you get under the hood, the phone stops playing beyond its price point and starts settling into more typical budget territory. You’ve got the MediaTek Helio G70 processor handling things in concert with 3GB RAM and 64GB onboard storage. Keeping costs low, it’s a necessary system, but forces you to tolerate a considerable lack of speed and some frustrating stutters.

Realme’s origins as an Oppo spin-off are obvious with the Android 10-based realme UI 1.0, given it’s stark similarities to ColorOS. Differences aren’t meaningful enough, and aren’t enough to discern the company’s own identity, but it’s still a decent enough operating system with responsive gestures and an intelligent layout.

But even though the UI may be seamless, the C3 doesn’t have the speed to give users a hitch-free smartphone experience. You get what you pay for, and most users would realise that as soon as they tried touch-typing on the keyboard – lag city for power users.

Things are more impressive when it comes to the generous 5,000mAh battery, easily giving you a full days use – and then some. It helps that the display isn’t all that powerful, so those that prefer their phone to have endurance need not cut performance settings. Push this thing as hard as you want, you’ll still get to the end of the day with more than enough juice left in the tank.

One thing I quite like is that realme had the sense to include NFC. It’s not something you’d often see down on this end of the smartphone tiers. 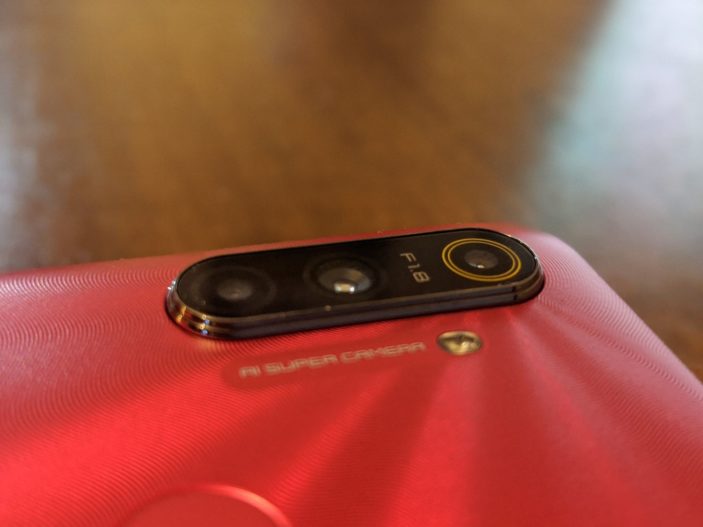 Don’t expect much from the 5MP selfie-camera, especially if you’re trying to take a portrait and expect anything more than inconsistent bokeh and flat colours. The rear cameras fare much better, but still fail in more ways than not.

Your standard point-and-shoot shot will likely give you muted colours, terrible white balance and poor detail. Even with AI brushing it up, the camera’s performance is overall inconsistent and doesn’t match the promise a triple-lens array would symbolise on a phone that’s priced under $300. Again, the generous hardware is let down by the software here, and even though photos the worst I’ve seen on a budget phone, they certainly aren’t the best.

Being able to shoot portrait isn’t often seen on budget phones, so this is a nice touch. It’s just a shame that the AI doesn’t seem to be able to give you as much detail as you’d expect from this mode, often an almost laughingly bad bokeh effect.

There is no optical zoom here, but you can go up to 4x digital. Not that you’d want to though, given the results are downright ugly. I don’t imagine there would be any situation where pushing this to 4x zoom will look good.

For all its software shortcuts, realme has still made the C3 a worthwhile budget-tier phone for those who don’t really need this for more than basic use. In Australia, the unit will cost you just A$269, which is fantastic value regardless of the compromises.

Still, the better-specced Real Me 5 is not even $50 more. You’d have to be fairly strict on your budget if you’re not at least considering that as an alternative.

Between NFC and dual SIM, C3 does make an admirable attempt to atone for any shortcomings, but there’s only so much you can forgive on a device that ultimately should strive to provide users with a seamless and convenient experience, regardless of price. The C3 fails when it comes to that, especially for those who are downgrading from at least a mid-range phone.

Review based on a unit supplied by realme.