The Razer Blade has returned to the wonderful world of gaming laptops, providing some of the most impressive and top shelf goods you can find in a machine like this; that is, if you’re willing to pay the price. Having reviewed last year’s efforts myself, I was pleased to check out Razer’s latest offerings. Compared to last year, things haven’t seen a huge leap, but compared to the competition, Razer have done it again, crafting one of the most impressive gaming laptops money can buy. While the market is niche, performance is strong, and while the price is steep, size and look show that the value of this beasts extends well beyond its guts, but to its looks too. 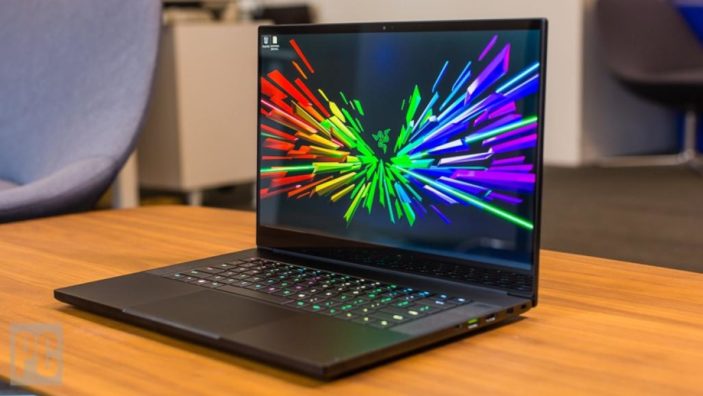 The Razer Blade 15.6″ being reviewed here stands as the base model; but don’t think of this as a ‘budget’ alternative, nor an inferior gaming laptop. At $4,099 AUD, this model comes in swinging, packing in an impressive Intel® Core™ i7-10750H processor, and VR ready NVIDIA® RTX™ 2070 8GB graphics, topped off with 16GB of RAM, of which the buttery smooth FHD 1920 x 1080 144hz screen is more than just a cherry on top. In terms of gaming laptop configurations, this is no slouch, with previous lower end models opting for the 60hz screen and Nvidia GeForce GTX 1660 Ti graphics card, and upper tier models sporting NVIDIA® RTX™ 2080 and 2080 Super graphics cards. The 512GB SSD storage goes a long way in providing speedy storage, while more premium models throw in the 1TB SSD.

Look the Part, Feel the Part

Specs aside, my first impressions with the Razer Blade 15 were strong. Bearing many of the features that made last year’s model a sleek and sexy iteration, you would be surprised to know that this year’s model weighs in at 2.27 kilograms (5 pounds), and sizes up to 14 x 9.3 x 0.8 inches. This is incredibly impressive given what’s packed inside, and while it’s slightly heavier compared to the likes of the Asus ROG Zephyrus G GA502 fares a little lighter at just over 2 kilograms, it’s also larger in its chassis. This seems like a fair trade-off when it comes to weight and size; and given the laptops I’ve lugged around over the years, this is a good thing. Portability is usually considered an afterthought in gaming laptops, but here, it’s front and centre.

Thankfully, both the keyboard and trackpad got the memo, and fall in line with the minimalistic sleek look of the overall chassis. While the trackpad was admittedly a little jumpy upon first use, it’s generously large, and thanks to a gorgeous 144hz panel, it’s incredibly smooth and responsive too. While I always aim to play on a mechanical keyboard, I found that the keyboard on offer here was still responsive, if a little shallow, with RGB lighting providing both variety and customisation. While this is par for the course with Razer, I was disappointed to find that the keyboard failed to extend beyond single zone lighting, given the technology is entirely feasible, given the price point. While the advanced model features per-key lighting, it seems like more of a petty exclusion more than anything else. 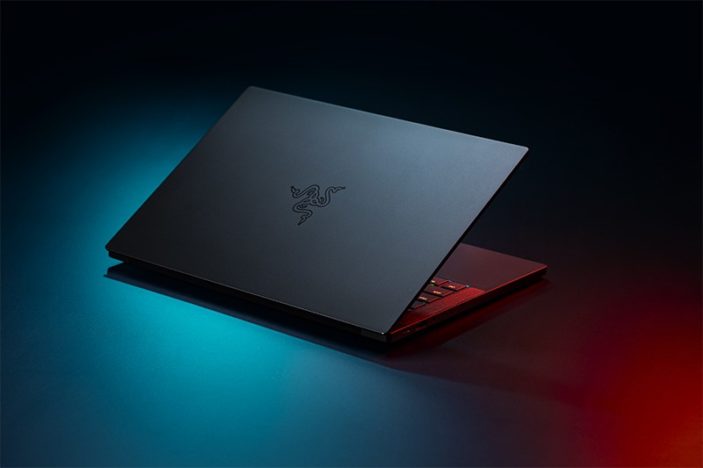 The Razer Blade 15 also provides all the ports you could need, starting with a single Thunderbolt 2.0 port, and following through with three equally essential USB-A 3.0 ports. While only a single HDMI port is present, I find that you rarely need more than one anyway. You’ll also find the obligatory webcam placed in its usual spot, but I found many of my test-run video conversations to be bland and dim, leaving me disappointed, and looking for an external webcam.

When it comes to looking the part, you would be hard pressed to take your eyes off the 144hz FHD screen. This 1920 x 1080 screen runs like butter. A smooth screen is a must for this sort of gaming, and I felt as though this fluidity carried over to everyday activities, going a long way in making the overall experience feel more responsive in the process. I felt as though it was lacking the brightness you might find on a retina display, I found myself cranking up the brightness brought out much of the colour and fluidity the screen is capable of, which is honestly a bit of a worry, as the colours never quite lived up to the pop and zing of a 4K panel, which you can find in the advanced model. It’s admittedly hard to describe the experience in words, but goes a long way in future-proofing the device, although it sacrifices a 4K resolution for this response time. This also seems like a tricky compromise given the price point, with the advanced model swapping its 144hz screen for a 120hz 4K panel. That being said, this model I’m describing is also a couple thousand dollars more, so it seems like a necessary sacrifice. 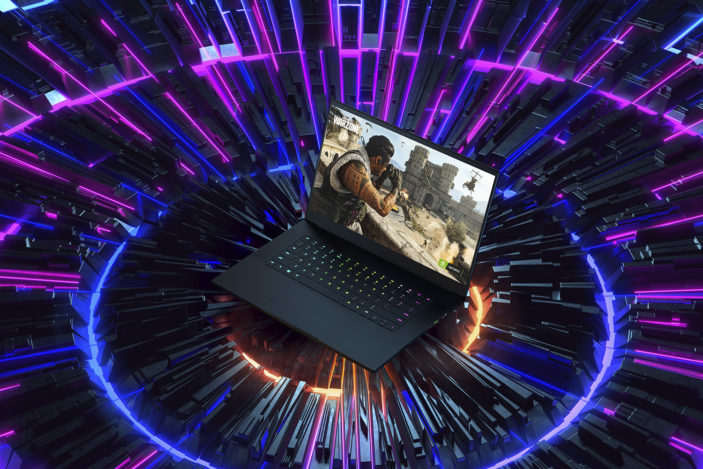 While the Razer Blade 15 looks nice enough, how does it run? I feel as though this is a given, but when you pack all of the niftiest and latest components into a gaming laptop like this, running games ins’t going to be a problem. While getting them to run a certain way might lead to deeper analysis, you 37 browsing tabs will do little to slow this monster down. Thankfully, the Intel® Core™ i7-10750H processor is fresh and future-proof, with a potential of 5.0 GHz, this 10th generation processor is willing to work as hard as it possibly can, even willing to be overclocked in the process. While you’ll find the 6 core, 12 thread processor sits at a hefty 2.6GHz for everyday activities, the list of more capable processors is definitely shorter than the less capable.

But it’s the NVIDIA® RTX™ 2070 graphics card we’re all here for, and I promise you it was worth the wait. This 8GB card is very much the future-proofing piece you’ll need (and find) at the moment, given the next generation of gaming will most likely utilise this RTX range as the benchmark. Gaming is close to its very best in terms of performance, with Rise of the Tomb Raider remaining one of my highlights, particularly when paired with its RTX enhanced capabilities. Lighting effects are incredible, and the frame rate on very high settings clocking in at 45 FPS, which is still incredibly impressive given the rival Asus ROG Zephyrus G GA502 records 43 FPS, using a GTX 1660 Ti card. This benchmark stands as an impressive flex, given most popular games like Fortnite and Valorant can be pushed to their limits, cranking out a minimum 60FPS on ultra settings. While triple-A games going forward might take a hit on this card, with the next generation of games looming, I can’t imagine many of the games faltering in terms of FPS and graphical clarity for the foreseeable future. Thankfully, this setup won’t melt your rig just yet, as long play sessions left the device feeling warm to touch, but not uncomfortably annoying. 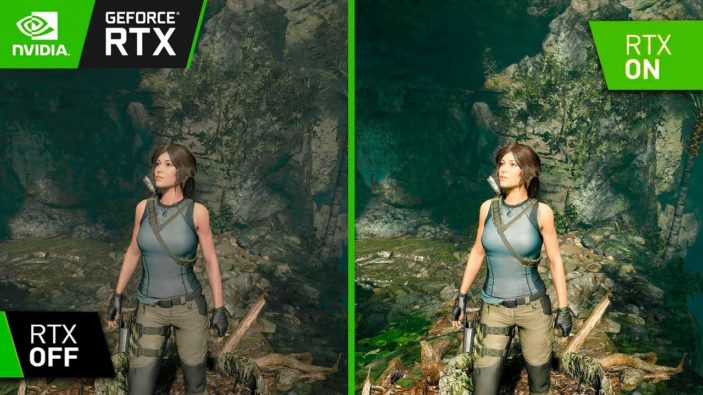 The Razer Blade 15 also packs some serious sound, opting for dual speakers atop the deck. Sound was surprisingly loud at full volume, and while I would usually recommend external speakers for overall volume and bass, bass here is punchy and deep. It doesn’t always carry through, but the fact that it’s as loud as it is when it does is impressive to say the least. Battery life is also surprisingly broad, but depends on a variety of factors.  The Razer Blade 15 will clock in at around 5 hours for everyday browsing, with the occasional streaming session or office use. Gaming however, will set the laptop back around an hour, pushing out around 4 hours of solid usage, which still sits above something like the current Omen 15, which serves up around 3.5 hours.

There’s no doubt about it; this is an incredibly impressive gaming laptop. For what is considered a “base model”, its pricing remains a questionable selling point. Specs are strong, and the chassis is slim and light, making it a well-rounded update worthy of taking on any existing title, with room to take on the next generation. In saying that, I feel as though most of my issues with this device were incredibly minimal, from the lackluster webcam to the single-zone keyboard RGB lighting. The 144hz screen is still a strong selling point, although it could do with a boost in brightness, even if it sucks a little more of the battery, given the battery life is already above average. If you can afford this beast, you should most definitely pick it up; but the rest of us will be saving for a while.