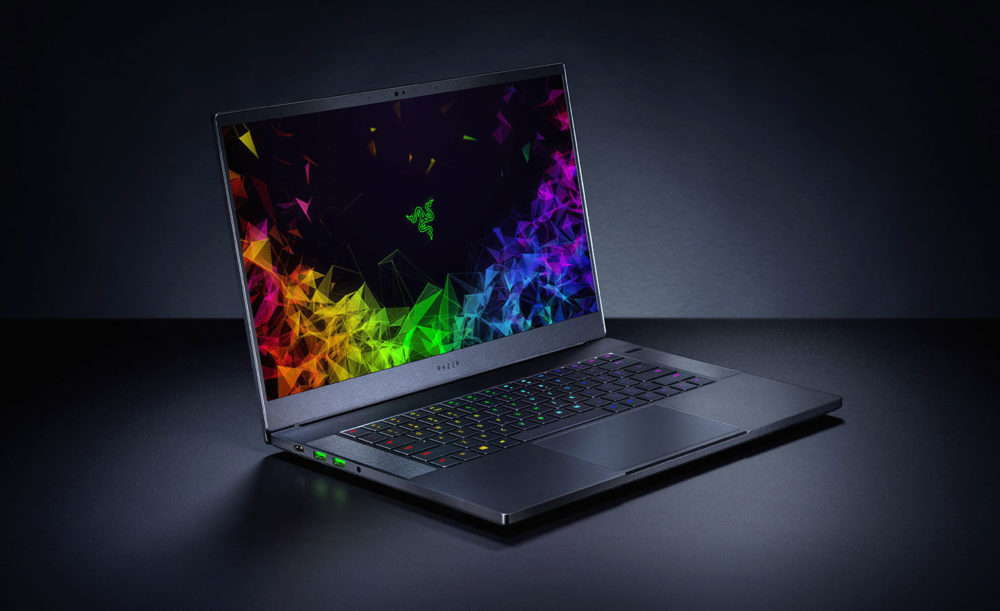 I consider this review a bit of a challenge. It’s not because I don’t know about PC’s — in fact, I use them daily. It’s simply because I don’t game on them. I’m a console man, the ease and simplicity they offer working better for me and my situation overall. So: being trusted with one of the latest and greatest gaming laptops of this hardware generation took some getting used to. With that in mind, let’s take a different approach to this review, as the past 2 weeks have culminated in me using this laptop as an all-purpose machine, for everything — not just gaming. The results? Tremendously positive.

Enter the Razer Blade range, a collection of mighty powerful gaming laptops focused on a slimmer design, improved cooling techniques, and some ridiculous specs to boot. Ok, so let’s get the formalities out of the way. I am reviewing the Razer Blade 15 Advanced, which sports a buttery smooth 144 Hz 15-inch display, 16 GB of memory, an 8th generation Intel i7-8750H processor, and a magnificent beast of a graphics card, in the Nvidia RTX 2070 MaxQ, one of the best graphics cards that money can buy today.

First things first, let’s cover the look and feel of the laptop itself. From a visual perspective, the Razer Blade Advanced is one of the lightest and thinnest gaming laptops you’ll ever see. Comparing this to any of the various Alienware computers of the past few years, we have a clear winner in the weight category. However, it’s important to keep in mind that the Razer Blade Advanced, as thin as it is, is not the thinnest RTX gaming laptop on the market. That award goes to the MSI G65 Stealth Thin, which comes in at 1.75cm thick, and weighs 1.9 kilograms (or 4.19 pounds). While we’re only talking about a difference of a few millimetres, with the Blade Advanced weighing 0.3 of a kilogram more, and less than 6mm thicker, you couldn’t accuse the Blade Advanced of being a brick.

This model also uses the same unibody chassis that came with the last iteration of the Blade 15, meaning it feels solid in the hands and firm on the desk. However, this laptop wouldn’t be a Razer without some flashy Chroma lighting thrown in. And when I say “thrown in” I mean “impossible to ignore.” The RGB-lit keyboard was admittedly very pretty, but incredibly bright on its default setting, and it ultimately contributed a bit of eye strain after long periods of use. While I don’t know that there’s any reason for them to be as bright as they are, and turning them down (or off entirely) is easy to do, it’s still nice to see that the Chroma features are not going anywhere anytime soon. 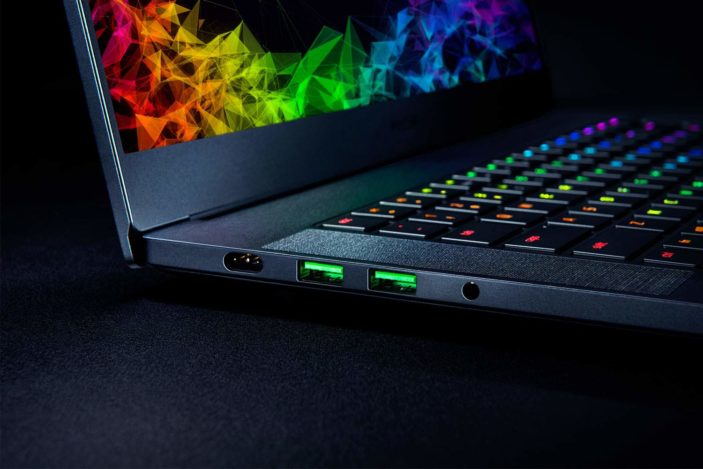 Internally, the Blade Advanced is equally impressive. Let’s recap the basic specs: an 8th generation Intel i7-8750H processor, 16GB RAM, 512 GB SSD storage, and that sweet, sweet RTX 2070. It’s no secret that all this hardware combines for a super fast, super consistent gaming laptop experience. From video editing to streaming and high-end gaming, nothing I threw at this bad boy could slow it down.

While I don’t want to get too technical just yet, and much of the experience was hitch-free, the screen was a little more polarising for me. Make no mistake, it’s a beautiful buttery smooth 144 hertz IPS Full HD display that would compete with the best in its field. However, the IPS display started to lose some of the deeper blacks when viewed at wider angles. It’s more of a video editing nitpick than anything else, as in truth I rarely viewed the screen at a wider angle. But if you ever have a group of friends huddled around the screen, when you’re working on a group project, for instance, they may not be able to see a damn thing.

It’s not really an issue with the laptop itself, but more a victim of the current IPS screen-led landscape. But let’s get straight into the positives here. A 144-hertz display is an absolute pleasure for not only gaming but surprisingly, casual use. The screen feels incredibly smooth and responsive in all it does, making each click feel really satisfying. 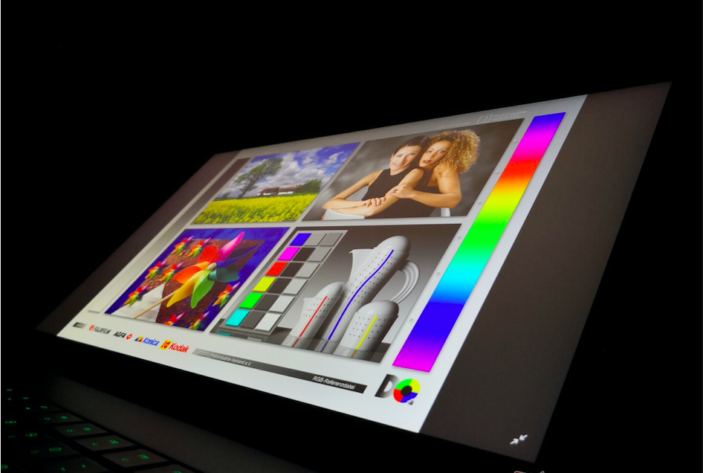 To be clear, I was woefully underprepared to take on a gaming laptop of this magnitude. As I said, I don’t game on PC very often. But I gave it my best, so here goes. There are very few games available at this point in time that you can’t install on on this laptop and immediately run on ultra settings. I got the chance to try Battlefield 1 and Overwatch, which really gave the screen a run for its money, and did not disappoint.

It’s no surprise this was the outcome, but keep in mind, this beast is packing an Nvidia RTX 2070 MaxQ graphics card, with only a handful of games are supported at this time. To list the main ones; Battlefield 5, Shadow of the Tomb Raider, Anthem and Metro Exodus all utilise the RTX series of graphics cards for ray-tracing purposes.

For the unaware, ray-tracing technology is the current PC Master Race fascination of the moment. It aims to simulate more realistic lighting within certain titles, making the game feel more realistic and therefore more immersive. While you can check it out for yourself, keep in mind this is indeed the technology of the future, and will come into play much more frequently later on in the RTX lifecycle. That the RTX technology can make the device itself work harder and therefore eliminate some of the buttery smoothness the screen is capable of, with games like Metro Exodus averaging 50-55 FPS while ray-tracing is enabled.

While the RTX 2070 is more than well equipped, I find it a little sad that the Razer Blade Advanced won’t be taking part in not only the 4K but any of the 8K action where ray-tracing will make a huge difference. With a 1920×1080 FHD display, it’s once again not so much an issue with the laptop, and more an issue with the current landscape of gaming laptops. However, those 0.5 CM bezels keep things feeling neat and slim, which is always a plus. 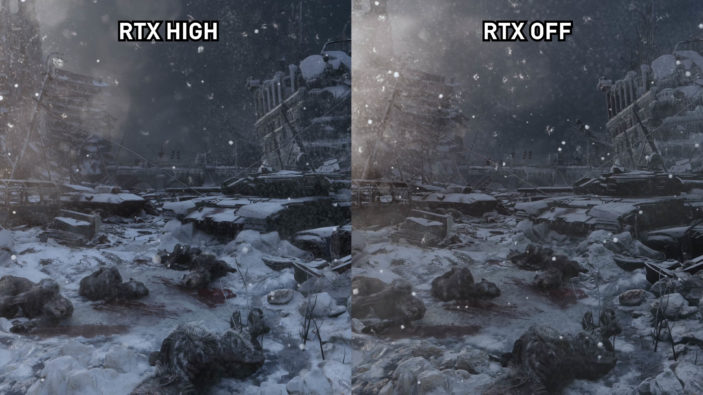 At just over $4000 RRP AUD, the Razer Blade Advanced is overwhelmingly positive, but it’s not perfect. When it comes to battery life, expect to get around 11 hours at best, with the lowest brightness and next to no gaming. More realistically, users can expect to get 4-6 hours of gaming from a full charge. However, it is nice to know that users can get a full charge in around 2 or so hours. Heat dispersal is also really consistent, which is surprising in a laptop of this weight and size. I found the Blade Advanced getting warm at best, even after a few hours of usage. It makes sense for a desk, but I still find it strange that the cooling vents sit on either side underneath the laptop, but when using it on my lap, I found my legs blocking the cooling vents, which is ironic for a ‘laptop’. However, these are nitpicks that didn’t break the experience for me personally but must be mentioned nonetheless.

Overall, the Razer Blade Advanced gaming laptop is pound-for-pound one of the best gaming laptops on the market today, that excels in both usability and portability. While the aesthetics are obvious, it’s impressive just how much Razer has packed into this thing without causing it to explode, as purchasing this beast would set you up for years to come. While only a handful of games really push the RTX technology, the $4000 price tag might shock your bank account. But I feel that at the end of the day, it’s made for the gamers, and there’s no way a gamer could be unhappy with this.