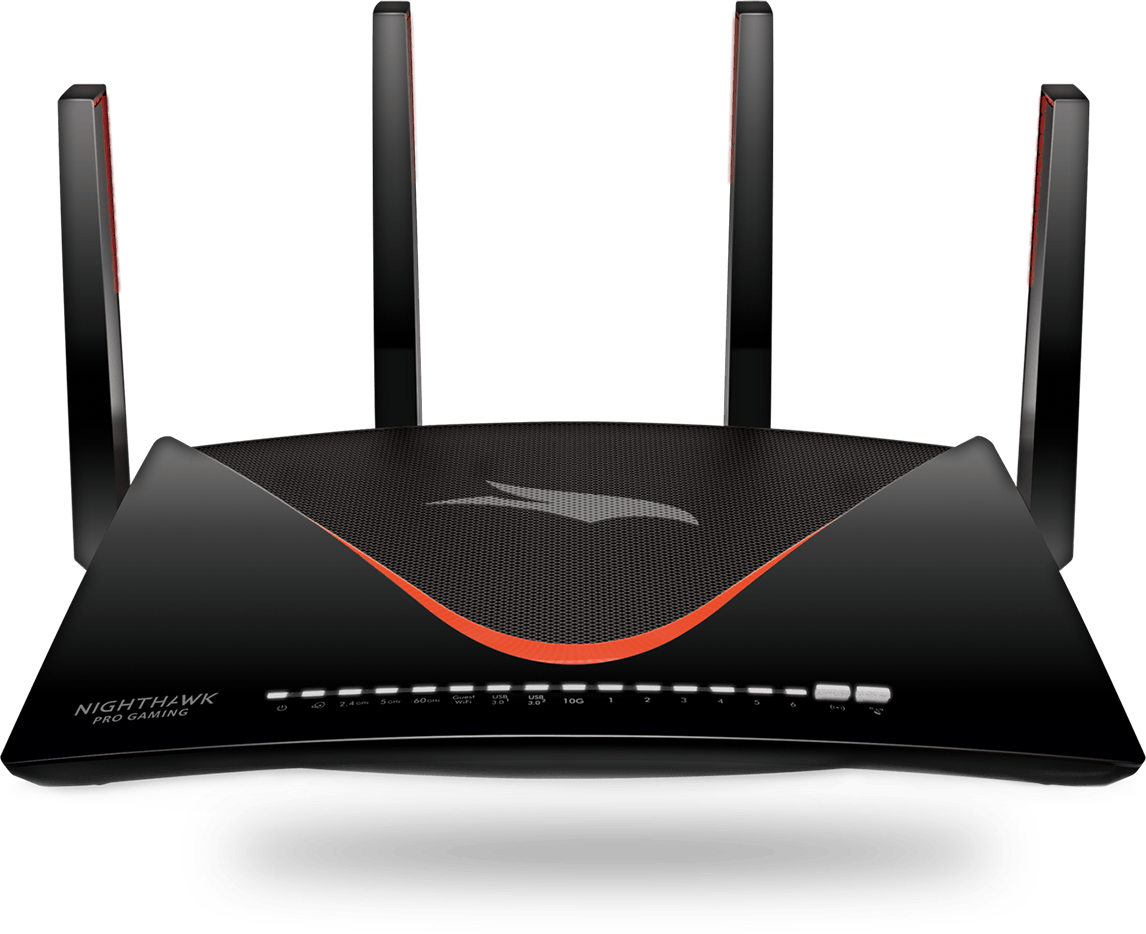 “Him chonk,” I muttered, placing the Netgear Nighthawk Pro Graming XR700 on my desk. The promise of its data throughput loomed as large as the device itself, a hulking rectangular obelisk that devoured the remaining space on my desk.

But it would have to wait.

It was mid-June and the NBN was, at long last, on its way to our area. Like most of the country, we’d been limping along on regular ADSL 2 for years, and so the speeds promised by the forthcoming HFC connection were like a dizzying fever dream. Further, though our existing hardware (an older Netgear Nighthawk D8500) would be more than enough to handle it, it was going to be nice to have some of the latest and greatest consumer-grade hardware to put the new connection through its paces. Looking for an angle I could use to write a piece on the experience, I’d reached out to Netgear ANZ in preparation and, to my delight, they were kind enough to loan me the XR700.

The Netgear Nighthawk XR700 is a bit of a beast. Gigabit WAN, six gigabit LAN ports, three USB 3.0 ports, tri-band signal at 2.4GHz, 5GHz and 60GHz, and a pair of 10Gb SPF+ and LAN ports for use with a 10Gb switch or network. Its LED-lined case houses a quad-core 1.7GHz CPU, 512MB of flash memory and 16GB RAM. Netgear advertises it as an AD7200 router thanks to data transmission rates of 800Mbps (2.4GHz), 1,733Mbps (5GHz) and 4,600Mbps (60GHz) across its three signal bands. If none of that means anything to you, understand this: it’s an extremely beefy boi and I couldn’t wait to try it out.

The NBN arrived a week later. We’re with Internode and have been for around a decade. In the entire time I’ve had broadband with them, their service has been exemplary — connection issues were rare and any that did pop up were typically resolved within an hour of my touching base with their local call centre. Preferring strong service over the slightly cheaper rates offered by its competitors, we decided we’d stick with them for our NBN connection too. The NBNCo tech arrived, ran our cable and before he’d been gone an hour, the connection was live.

I spent a little time setting the XR700 up, using the built-in software Netduma’s excellent DumaOS. DumaOS has all sorts of useful network admin bells and whistles — network activity monitors, bandwidth allocation, network optimiser for games. You can check on the guest network, you can set a Geo-Filter to ignore servers outside of a certain range and maximise gaming ping, and toy with QoS settings to limit upload and download bandwidth. The basic set up as simple and over in a few minutes but tinkerers could spend an hour or two adjusting everything to their liking. I genuinely wish every router maker went with end user software this good. It’s the most user friendly package I’ve come across and I’d like to see more of it.

I ran the first wireless speedtest. 80Mbps down, 45Mbps up. Tight AF. Really happy with that. I jumped into Overwatch on my PC. 30ms — higher than I’d anticipated, but not overly concerning. 30ms is fine, its stability that is key. The XR700 clamped down on the connection it rarely wavered beyond 1 or 2ms either side of 30ms, even with other network traffic. A gaming router can have all the gimmicks and value adds it likes, but if it can’t deploy solid QoS then I’m not really interested in it. I went over to my consoles — download speeds on the Xbox One wavered between 50-60Mbps over wifi but never veered far beyond, while the PS4 capped out at 40Mbps, an expected result due its hard limit on download speeds.

The same cannot be said for our NBN connection. In the ten years I’ve been with Internode, I’ve experienced a total of three service interruptions. The NBN has been down or intermittent five times in the four weeks since it was installed. This isn’t Internode’s problem as much as NBNCo’s, who are presumably busy installing it in any number of other homes in our area as everyone rushes to connect. The first service interruption was understandable — a car plowed into a router box a street away and it knocked out the internet for blocks in every direction. It was restored within the day, and the person in the car wasn’t hurt. Happy days. The remaining four outages have occurred during heavy rain and led to days of spotty connectivity or none at all. For their part, NBNCo have been pretty non-communicative. Indeed, the only real communication we would get from them (beyond contacting Internode to report the fault) was often a tentative call from the put-upon technician asking if we could confirm the connection was back up at our end. If often wasn’t.

Through all of this nonsense and up-and-down performance, the XR700 never faltered. The home network was unaffected and the moment the internet came back up, the connection was as strong and fast as it could possibly be. The ability to stream in 4K was returned in all its glory, only to be snatched away again the next time the NBN went down.

In the moments when the internet wasn’t on the blink, I threw every common sharehouse internet scenario I could think of at the XR700, from 4K streaming through multiple concrete walls to gaming over wifi, with downloads running, during Netflix O’Clock, and every time it passed with flying colours. Power users and those who are very particular may pick the unit apart but for the everyday user, nearly $900 buys you a pretty astounding amount of router. I only wish that the internet connection it facilitates was equally as impressive.

Our thanks to Netgear ANZ for sending us a loaned XR700 for use in the creating of this piece. You can find out more about the Netgear XR700 at their official site.