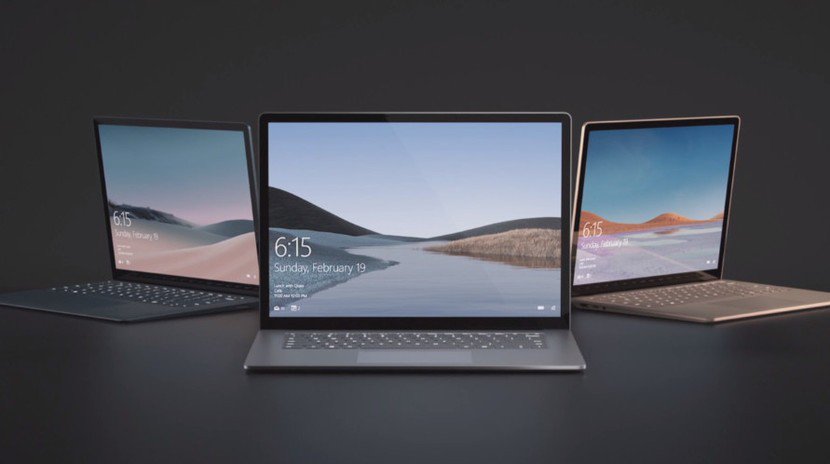 Microsoft’s successful Surface Laptop product line is finally ready to release the third iteration of their straight-forward laptop family, which will come in two different sizes when it launches later this month.

Announced at a press event in New York, alongside a whole heap of other new gadgets (which we’ll get to in the coming days), Microsoft have detailed the long awaited Surface Laptop 3 and the important changes from its predecessor, which follows the big tech trend of having one version, and then a more powerful version.

First, the 13.5-inch will stick closely to the design of the previous Surface Laptops, though it makes the substantial leap to Intel’s new 10th-gen 10nm Ice Lake CPU, promising double the performance over the Surface Laptop 2. That also comes with 16GB RAM and a max storage of 1TB, which should satisfy just about anyone looking for a reliable lightweight laptop.

While the touchpad will be 20% larger on this model, when compared to the Surface Laptop 2, most of the dimensions will be the same. You’ll still get that gorgeous 3:2 aspect ratio Pixel Sense touchscreen, and a range of colourways (black, silver, gold, blue), some replacing the signature Alcantara fabric for the keyboard with a traditional aluminium deck. Notably, the fabric-covered laptops will be slightly lighter than the aluminium ones, so do consider that when making a choice.

Another significant change is the decision to finally move away from Thunderbolt 3 and opt for the addition of a USB-C port. That means there won’t be any Mini DisplayPort anymore, with the USB-C 3.1 port being your go-to for charging, data transfer and video out. Everything else is the same, with the USB-A port, 3.5mm headphone jack and proprietary Surface Connector still being used.

Then you have the 15-inch Laptop 3, which ditches Intel and goes for a bespoke “Microsoft Ryzen Surface Edition” chip, reportedly the most powerful AMD-based chip in its class. That’s complemented by 32GB RAM, 16 more than the 13″ model, and a max storage option of 512GB, making it a true workhorse that will handle everyday use like a true pro – although its unlikely this will be a proper “gaming laptop”. Fast charging will also be included, with promises of 0 to 80% in 1 hour, and a solid battery life of 11.5 hours.