The Surface Laptop series has proven to be a big success for Microsoft, pulling them ahead when it comes to traditional clamshell laptops and placing them in direction competition with Dell and Apple. Most importantly, it has given the company a new identity in this race, and arguably won them more than a few legs.

The clean, minimal design and smart specs have made this my go-to line for laptops, so is the third generation going to impress just as much? Yes, and no.

Importantly, this is the first time the Surface Laptop line has been split into two models. One is the 13.5-inch model that looks almost identical to its predecessors, yet sports a few refinements under the hood. The second is the sizable 15-inch, which not only grows in physical appearance, but features some exclusive specs that boost power and make it one of the best clamshell laptops on the market. But how much of an improvement is it really?

This review is based on the 15-inch model.

Immediately noticeable is the difference in fabric once you open the laptop up – gone is the Alcantara fabric that framed the keyboard and trackpad on previous Surface Laptops (although it’s still on the 13.5-inch model), with Microsoft instead going with the more standard aluminium finish in either silver or black. It has better longevity, yes, but after getting used to the fabric keyboard it feels like a loss.

Despite the loss of fabric, the device is still incredibly lightweight and feels incredible to hold. It weights 1.54kg and measures in at 13.4 x 9.6 x .57 inches, which is slightly lighter than its ludicrously priced rival, the 15-inch MacBook Pro.

Running around the rim of the laptop’s chassis is all the connectivity you’d expect from a Surface. It’s disappointing that Microsoft have decided to stick with the proprietary magnetic Surface Connect port for charging, although it’s a step-up since now it at least supports reliable and consistent fast-charging. You’ve also got USB-C and a USB-A ports, but that’s pretty much it.

Microsoft have not used the bigger size to introduce anything more when it comes to connectivity, and that feels like a missed opportunity given competitors are loaded with options. There’s not even an SD card reader. Missed. Opportunity.

The 15-inch could have been a good way to introduce better speakers as well. While the ones here aren’t bad, they aren’t any better than what the line has already given us; serviceable, nothing more.

At least what is included works well for the line. The trackpad is spacious and perfectly responsive, while the keys are spaced well and are very comfortable to type on with 1.3mm of travel and a beautifully discreet sound.

On the display you’ve got a 3:2 aspect ratio and 2,496 x 1,644 resolution, with touch screen capabilities and display bezels of medium thickness. Like its predecessors, I could take it or leave it with the touch screen, as I don’t feel this is completely necessary for a straight-forward clamshell laptop, but at least it adds some versatility to what is already an outstanding display.

4K content looks gorgeous on this screen, with crisp, vivid colours that really pop. It certainly helps that the laptop has a capable engine behind it this time, with no noticeable stutters during streaming. The AMD Vega 9 graphics card certainly pays off and is more than reasonable for this price point,- even though the aspect ratio isn’t the best for gaming. 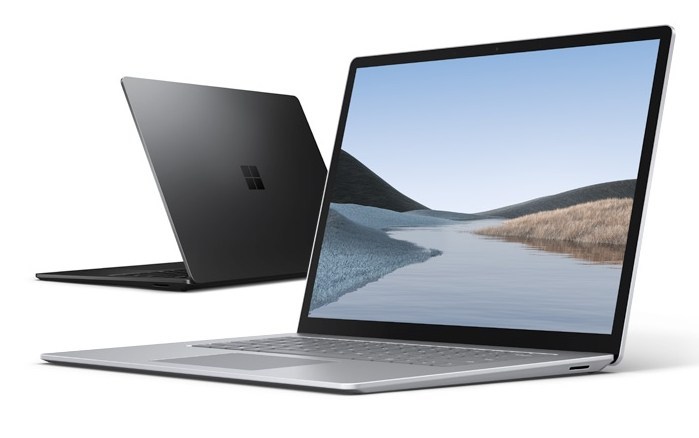 The big-ticket feature here is the exclusive AMD x Microsoft Ryzen 5 chip (upgradable to a 7), an experiment for Microsoft and one that seems to have paid off very well. Casual users – and make no mistake, this is for casual users – will find that this handles basic computing tasks effortlessly and gives an overall better experience. Although it also handles the more power-intensive tasks, like photo editing, very well. Creatives and content makers will have little to complain about, especially with a sturdy 16 RAM and 256 GB (on the model I reviewed on – it’s 8GB RAM and 128GB SSD if you’re looking at the base model).

Gamers, on the other hand, may take issue being limited by the aspect ratios – as mentioned above – and unsightly bezels. At least you’ll be able to run reasonably demanding games with little issue, but the rendering might not be too a high standard, despite an otherwise great value graphics card. If you’re happy with basic 1080p gaming, then it’s unlikely you’ll run into any issues.

I love the battery life on this thing, and it’s one of the most noticeable improvements on previous models. Microsoft claim around 11.5 hours, and that seems to be allowing for slightly more use than average. I’ve been getting around 12 hours on very basic use (e-mails, writing, social media), which is enough to last well beyond on a working day.

Even when the battery nears empty, the proprietary charger is fast enough to fill the tank completely in about 1.5 hours. Charge it for just an hour and you’ve got enough to get you through the day, and then some.

I recently took this with me to Texas, and had no worries about using it on the 15 hour flight to do some work. Obviously I wasn’t using this for the straight 15 hours.

Outstanding build quality, remarkable battery life, and a respectable boost of power make the Surface Laptop perfect for anyone looking for more affordable alternatives for everyday laptops. Power users may take some issue if they’re trying to push this to the limit, and gamers really won’t like the squishy aspect ratio nor the bezels, but if you’re only going to be using this as the average consumer would then the Surface Laptop 3 15″ is another homerun for the company.

I just wish they used the bigger size in a more meaningful way. 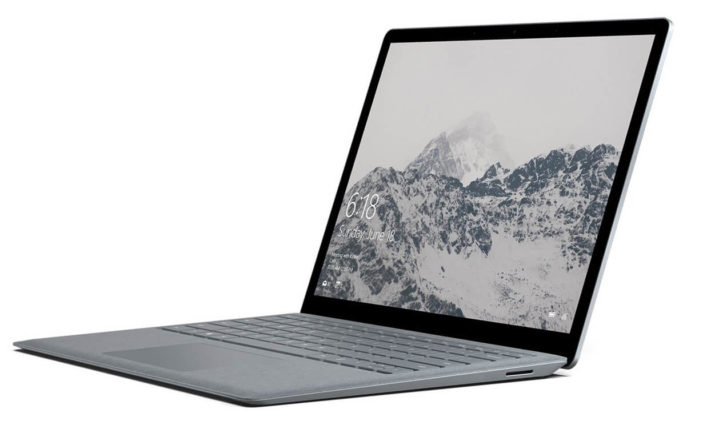 Review based on a 15″ model supplied by Microsoft. This is not a sponsored post and all opinions are that of the writer’s.