Occupying the conceptual space between a tablet and a laptop has always been Microsoft’s goal with the Surface Book series. And it’s been a success thus far, striking a swift balance that pulls some of the best parts from each world and welds it together with a premium build. The experience switching between the two is more seamless than ever before with the Surface Book 3, but there have been compromises in service of such a snappy design.

Microsoft has been a bit stubborn with its Surface family. Though we are in the third generation of both the Surface Laptop and Surface Book, form factor has remained largely unchanged, even while competitors have taken many more steps forward. The design team still doesn’t want to use Thunderbolt 3 (apparently because of very niche security concerns, which wouldn’t effect the average consumer), for example, and the design team hasn’t done much to try shrink the display’s sizable bezels.

But it’s hard to blame the company. When the Surface family first began to flourish, much was said about Microsoft’s resurgence as a major competitor to the likes of Apple and Lenovo. All the devices looked and played beautifully, with minimal aesthetics and premium materials.

Aside from a few internal swaps, not much has changed with the Surface Book 3. So it worth the upgrade if you’re already a Surface Book owner, or is it aiming more for newcomers who now have a plethora of choices on the market, despite this being the only truly clamshell laptop with a detachable display? 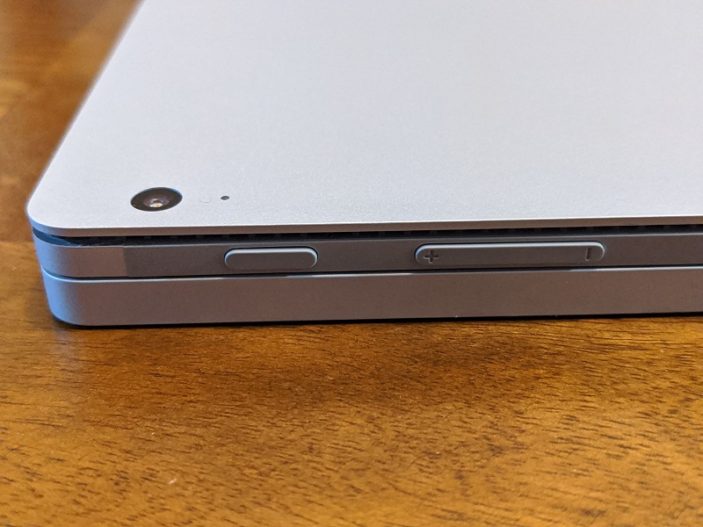 While there has been no meaningful changes to the hardware, you’ve still got a clear and admirable attempt to finesse the body towards the perfect Surface Book expression. It’s not perfect, but it’s close.

There’s still that incredibly attractive grey magnesium casing that looks seamless despite the typical Windows logo. It’s a head-turning shell, solid and shiny lid that sits noticeably doesn’t sit flush above the keyboard thanks to the definitive fulcrum hinge. It thickens the profile, but is a necessary design feature.

Whether you’ve got a 13.5-inch of 15-inch version, you can expect an impressive display. The 13.5-inch is more accessible with a 10th Gen Intel Core i5 processor, 256GB SSD, 8GB RAM (base model) and either integrated Intel Iris Plus graphics (less expensive) or dedicated NVIDIA GeForce GTX 1650 Max-Q graphics (more expensive). Power users are looking at a high price tag if they want the 15-inch, but that’s rewarded with better internals powered by moving up to an i7 processor and – at the top of the line, for business users – sitting with dedicated Nvidia Quadro RTX 3000 Max-Q graphics. Note that my review unit had a GTX 1660 Ti graphics card, which really isn’t much of a step down from the RTX, and was a 15-inch.

Those wanting a laptop as portable as possible may be slightly disappointed with how weighty this thing still is. Although it’s nowhere near the heaviest on the market, weighing 1.9kg in total, and dropping to just 0.8kg in tablet mode. As a whole, the device measures in at 0.9 x 13.6 x 9.9 inches. 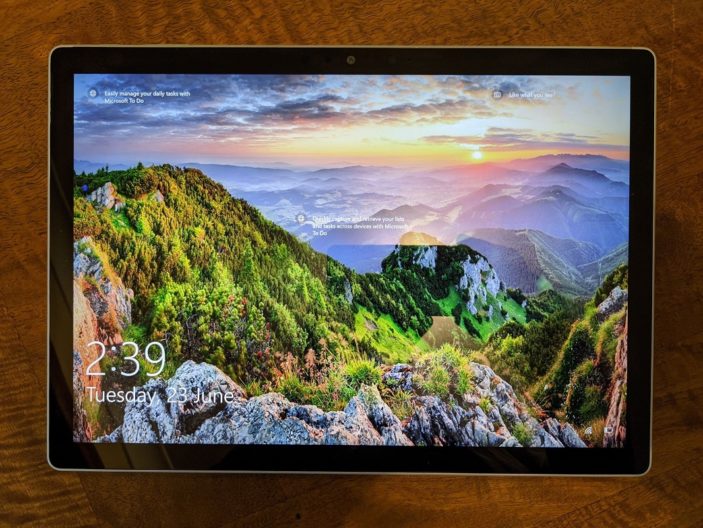 Anyone mainly using this for media streaming should of course preference the 15-inch. The panel is gorgeous, despite those aforementioned bezels, but it’s same super responsive PixelSense display on the Surface Book 2. You’ve got a 3240×2160 native resolution and that highly touted and pragmatic 3:2 aspect ratio productivity users love so much, with a 10-point multi-touch – exceptional and speedy with the Surface Pen with a silky pen-on-paper feel.

Some may lament the fact that it’s no 4K, but Microsoft’s practical-minded designers clearly prefer to land on the perfect aspect ratio for the device rather than worry about something largely superfluous.

The only issue really is that aforementioned thick black bezel, chunkier than what you’d see on most 2-in-1’s in 2020. Although this may be because you’re gripping the tablet from the sides, so the designers wanted to consider that. Still, I’d much rather thinner bezels and have to put up with the occasional accidental touch in tablet mode. 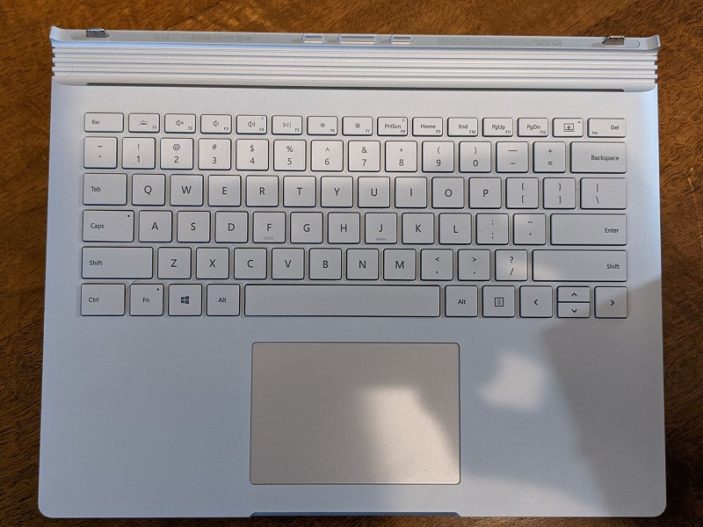 The incredibly smooth keyboard is still the same size, with swift and satisfying travel and soft backlighting. Your touchpad has also remained the same, although it does feel rather small on the 15-inch.

A reliable 5MP front-facing camera is excellent for fast face-recognition and smooth 1080p video chats, while on the back there’s a 8MP shooter hanging around the top of the display that’s decent enough, and also boasts 1080p.

As for the Dolby-Atmos-ready speakers, you’ll find one on either corner of the display, intentionally placed so they obviously come in use in either mode. Although the sound quality isn’t as good as it should be, with top volumes (and this thing can get quite loud) sounding slightly washed out and tinny. It’s still clearer than the sound on a lot of older or lower range models, but with this price you’d want something a bit more capable. 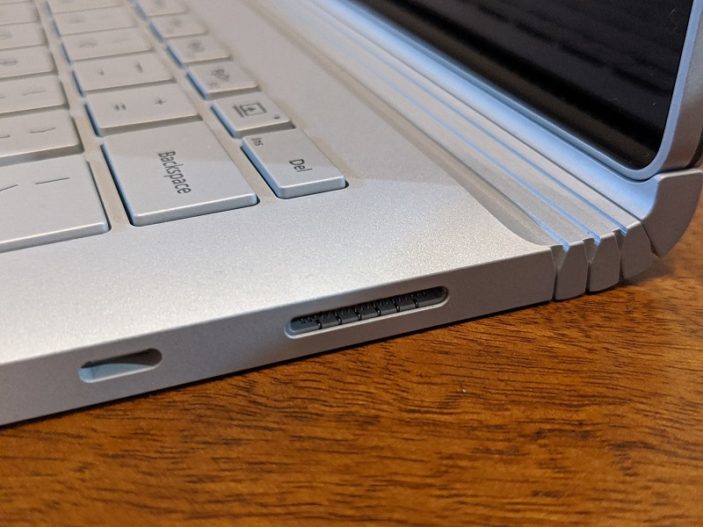 Microsoft has been generous with their Book series, which has substantially more – and better – connectivity options than the regular Surface Laptop or the Go series. No matter the iteration of the SB3, you’ve got two USB 3.1 Gen 2 Type-A ports, one USD Type-C, a full SDXC card reader, and a 3.5mm headphone jack. The latter is the only port that’s on the display, sitting near the power and volume buttons, obviously so you can also make use of it in tablet mode.

Although you’re output is limited with that aforementioned lack of Thunderbolt 3, creatives should still be happy with the ports.

Handling the wireless connectivity, you’ve got a strong and reliable Bluetooth 5.0 connection and Wi-Fi 6, upping the pure throughput over the SB2’s Wi-Fi 5 and readying it for crowded environments. Notably, the MacBook Pro still uses Wi-Fi 5 which is certainly a strong tick in the Microsoft column. 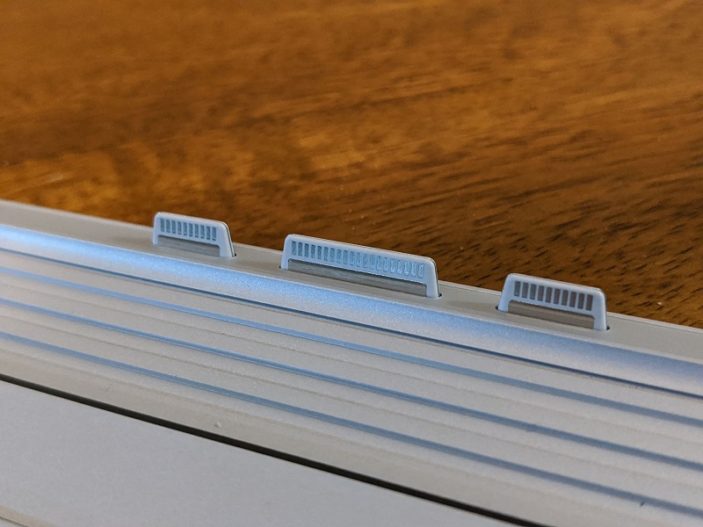 The transition from laptop to tablet is the grace feature of the Book series, and its the reason why the SB3’s internals are configured the way they are. The larger of two batteries is located in the keyboard portion of the device, as is the dedicated GPU. This means that in tablet mode you’re shifting to the Core I7’s Iris Plus for graphical power, losing some of that extra oomph and a bit of that buttery smooth framerate gamers can expect in laptop mode.

Notably, while you’re relying on the second, smaller battery in tablet mode, you can still charge the device without having to re-attach. Little details like that make it much more convenient and show a clear separation between the two modes. 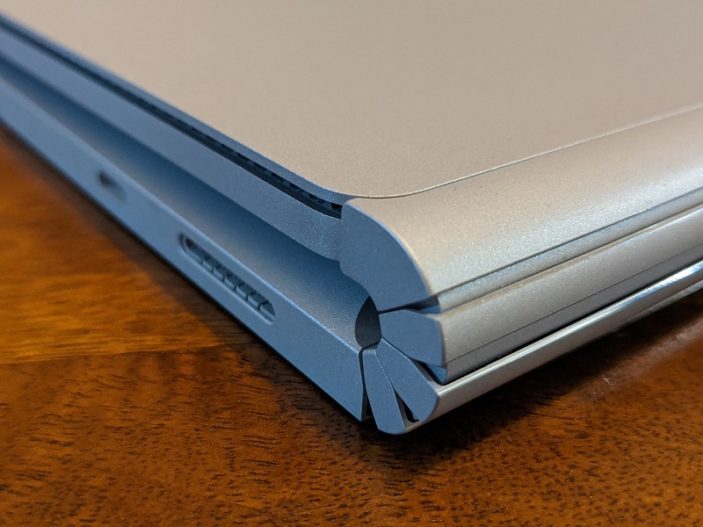 As for getting to the transition in the first place. You simply press a button on the top right of the keyboard and wait a few seconds until you here an audible decoupling, with a prompt on the display telling you that it’s not okay to detach the keyboard from its very secure connection. The decoupling is almost instantaneous now, but not quite immediate.

Unless you’re using the dedicated GPU, the tablet will detach without you having to close what you’re doing in laptop mode. It’s smooth and relatively seamless, but re-attaching it can cause the occasional issue. Three times (across 2 weeks spent with the device), I came across an issue where I’d have to wait longer than usual for the laptop to recognise the tablet and switch back accordingly, signified mostly by the dedicated GPU not registering properly. 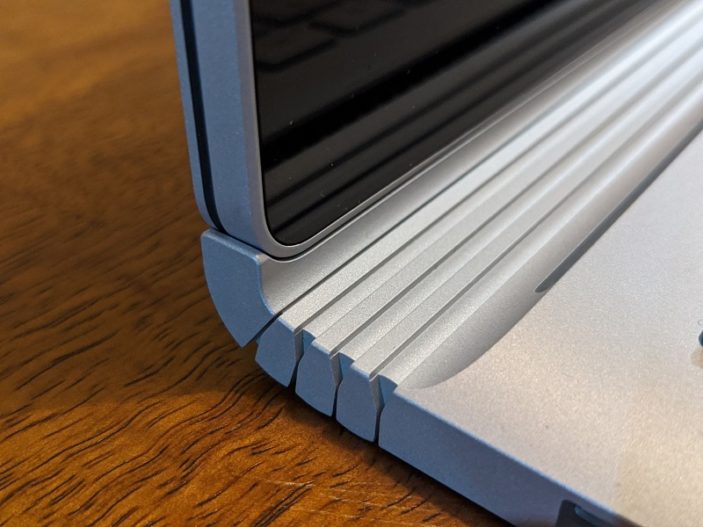 A quad-core Intel Core i7 is more than enough for basic use and multitasking, but power users may have been expecting Microsoft to be a bit more generous, especially since some competitors offer stronger H-series multi-core CPUs. That the Surface Book 3 is the most powerful 2-in-1 from Microsoft is true, but as most standardised CPU tests across the internet will show, it’s got nothing on some (less expensive) brands out there.

It is however quite good at handling most mid-tier games with sustained, reliable performance. You don’t have the best refresh rate, and the aspect ratio means letterboxing should be expected, but kicking a AAA title up to 1080p / 60fps is no problem. There’s even a built-in Xbox wireless adapter to make it a bit easier for gamers.

Microsoft has delivered reasonably well when it comes to battery life, with laptop mode running with mid-tier use for roughly 11 hours reliably. That drops down to just under 4 hours if you’re using this from full-charge in tablet mode, which is still quite good considering the size of the battery in the display is less than half of what’s in the keyboard base. Although this is far off the promise of roughly 17 hours, which the company claims.

It’s also worth noting that in addition to switching between tablet and laptop, the Surface Book 3 can also act as an easel for designers. I’m not a designer myself so had less use for this configuration, but I can see how having the form as an option, from what is close to a traditional clamshell laptop, is worth the sacrifices in performance. This would explain why a lot of creatives seem to gravitate towards the Surface Book family.

Performance aside, you’re unlikely to find a better design than this. The Surface Book 3 is still a worthy achievement from Microsoft’s design team, taking the highly celebrated look of its predecessors and finessing to make it look and feel even more premium.

Although is it really worth the ridiculously high price tag? In order to make the Surface Book 3 make sense financially you’d have to look at compromises when it comes to RAM, storage and graphics. If you want to go for one of the more powerful (consumer) models, for example, like the 15-inch with 256GB SSD and 16GB RAM, you’re looking at an eye-watching price tag of A$3,699. That’s a bit much for a device with specs that, in 2020, are dragging their feet.

Review based on a unit supplied by Microsoft.