Imagine a VariCam and a GH5 fell in love and had a brilliant baby – a small, powerful full-frame camera baby capable of shooting 6K V-Log video and 96 megapixel raw images and with image stabilisation so impressive it all but eliminates the need for gimbals. That’s the new flagship S series cinema camera from Panasonic, the Lumix S1H – and from what we know so far, it’s a filmmaker’s dream.

By way of introduction, Panasonic  held the Australian press launch for the S1H inside the spectacular Sydney Prop House, an old warehouse space now used as film and photo studios, as well as hosting aisles on aisles of props for hire – everything from vintage CRT televisions to giant novelty cupcakes. What could be more Hollywood than that?! We were treated to a behind-the-scenes look at the S1H in action through three different scenarios – all of them typically tricky situations to shoot, and designed to highlight how easy the S1H is about to make life for filmmakers and videographers. A low light cinematic scene with two actors showed off the Dual Native ISO capabilities, a 50s diner scene with swing dancers showcased the high frame rate options, and a rock band in a dive bar scene displayed the various image stabilisation options made possible by Lumix’ signature 5-Axis Dual IS and high precision gyrosensor. 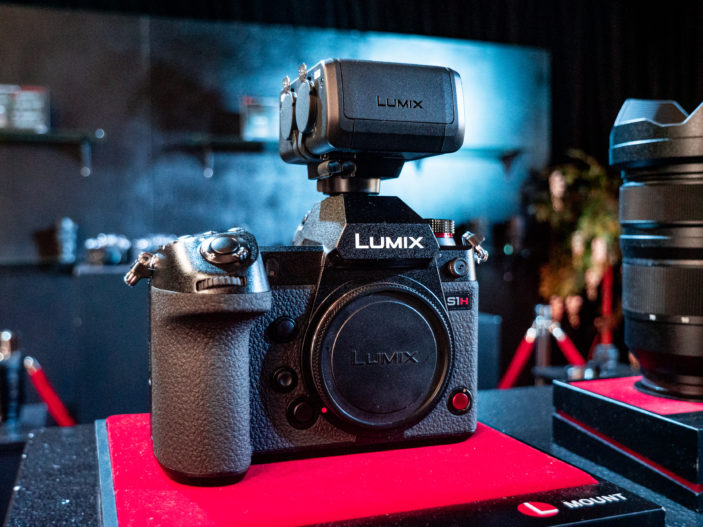 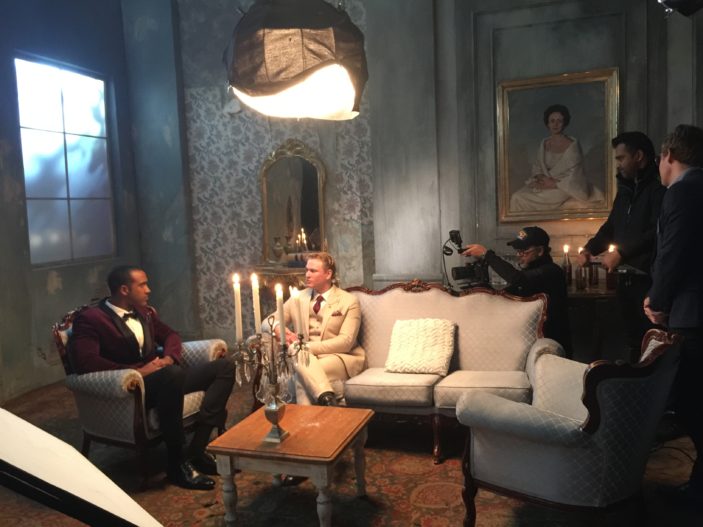 While it’s definitely aimed at those who shoot video, the S1H doesn’t leave stills shooters behind. Sensor-shift technology takes the brand new 24.2 megapixel sensor and allows for 96 megapixel raw and/or jpegs for immaculate detail. High-speed, high-precision autofocus of approximately 0.08 seconds and high speed burst shooting at 9 frames per second in AFS or 6 frames per second in AFC will keep action photographers happy, face/eye detection keeps portraits tack sharp, and the S Series’ Advanced AI will track fast-moving human and animal subjects even when they aren’t facing the camera. As someone who shoots primarily stills, I can’t say these points don’t get me pretty excited – but with so much power behind its video side, it would be a waste to purchase the S1H just for stills. 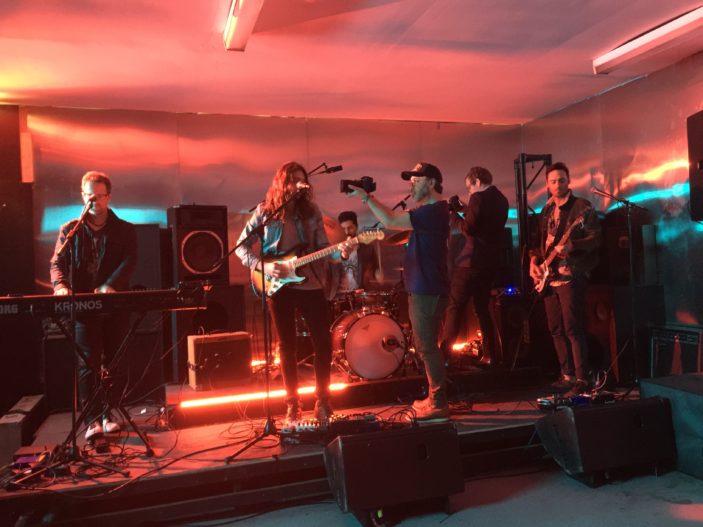 The Lumix S1H is the first full frame mirrorless camera to offer 6K shooting – which means it’s capable of some very heavy lifting, despite not being all that large itself. Traditionally D-SLR and mirrorless bodies have limited continuous recording time to prevent overheating – those limitations are out the window with the S1H. Heat is dispersed by an ultra-quiet cooling fan with different setting options for different shooting circumstances, allowing the SH1 to record for as long as you need to – or as long as your memory card or battery will allow. 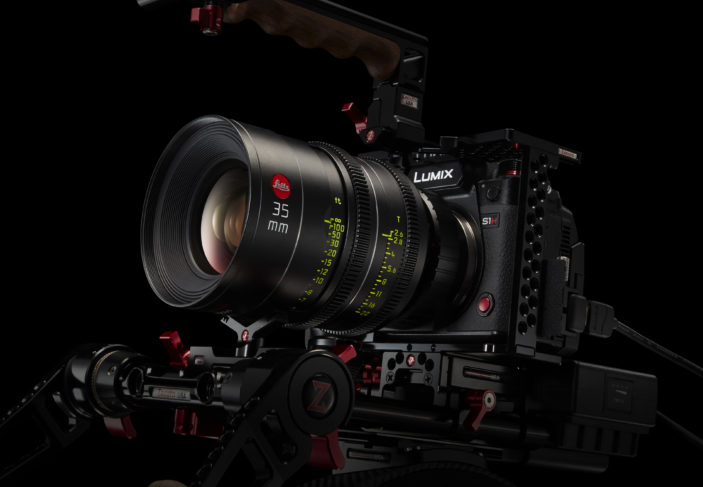 Speaking of memory cards, you’re going to need the best of the best to keep up with this camera. It sports dual SD slots and supports UHS-II and video speed class 90, and can cheerfully write to both cards, ensuring an immediate backup, without slowing you down. A single fully-charged battery will get you about 2 hours of recording time in all modes, and the bundled USB-C cable will get you charged up again quickly – or power the camera while you keep shooting. 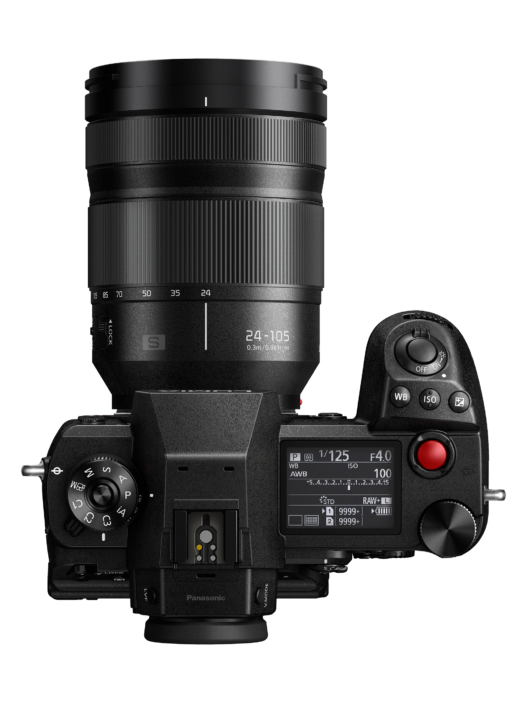 Despite the fan, the SH1 is still weather proof – adventurers fear not! The body is a full die cast magnesium alloy frame and is splash and dust resistant, and freeze proof to minus 10 degrees – meaning the SH1 will happily stand up to whatever the weather throws at you. A huge benefit when shooting on location! The shutter is rated for a durable 400 000 releases. 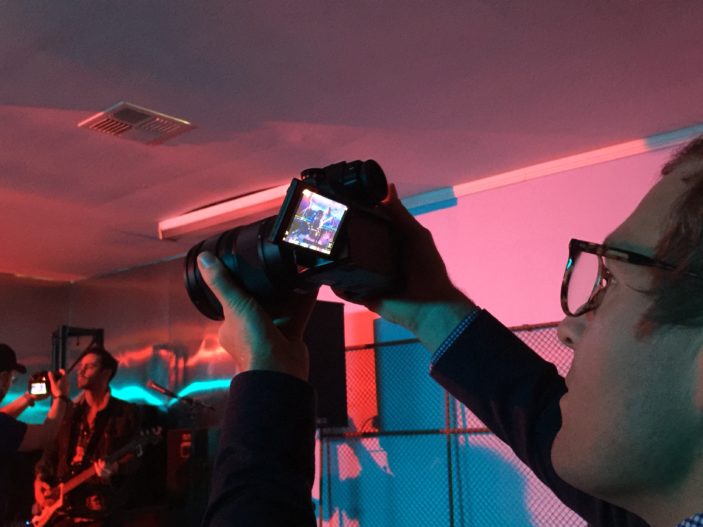 I love a bit of innovation, and Lumix are amazing at it. In order to benefit both those who prefer tilting LCDs and those who prefer a fully rotating screen, they have designed a multi-hinge articulating monitor that does both! The live viewfinder has its own flex – the world’s highest 5760k-dot resolution, and the status LCD is, at 1.8 inches, the largest in its class. Front and rear tally lamps illuminate during record to let both the talent in front of the camera and the filmmaker know the camera is in fact recording which, beyond a film shoot situation, could be super handy for those who need to leave cameras recording unattended or perhaps record themselves. 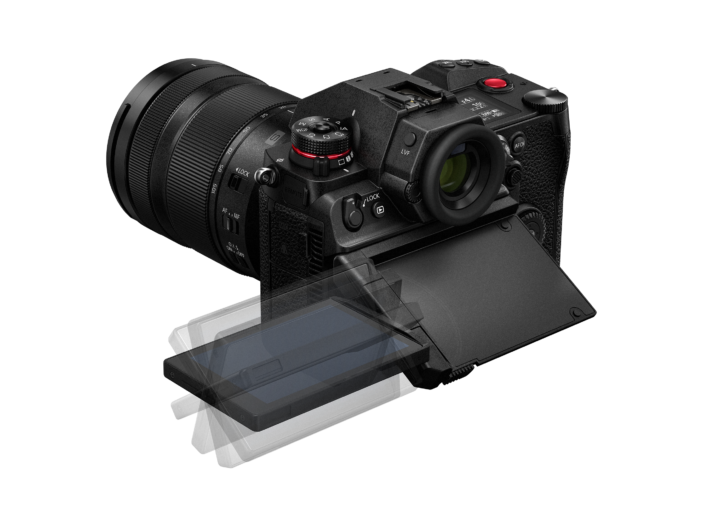 Of course, when you’re going to this much trouble you can’t just debut one piece of tech, no matter how spectacular it is – which is why Lumix have also announced two new lenses, one for the S series lineup and one for micro four thirds cameras.

The Lumix S Pro 24-70mm f2.8 joins the ranks of the L-mount system to ensure impressive low light handling and fast, precise autofocus. It is also dust and splash resistant and will withstand temperatures down to -10 degrees Celcius. It’s set to retail for $3599 and will be available in October.

The popular Leica DG 25mm f1.4 for the Lumix G series is seeing an update, with version II adding Lumix G sensor drive compatibility at 240fps for high-speed, high precision AF and silent operation. It will retail for $999 from October as well. 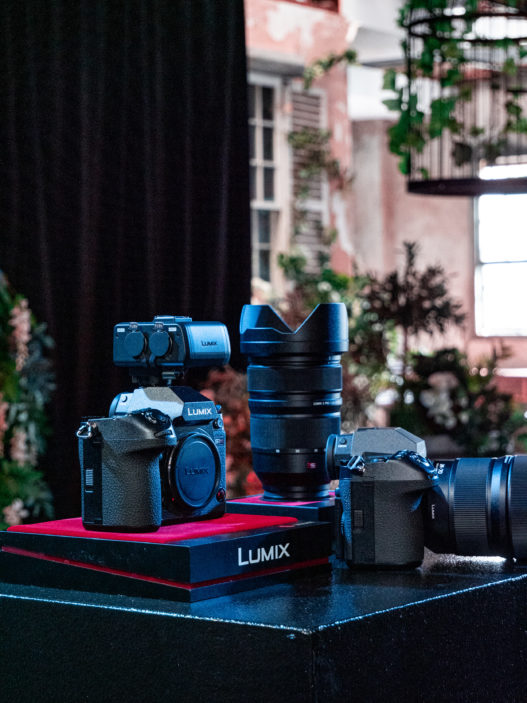