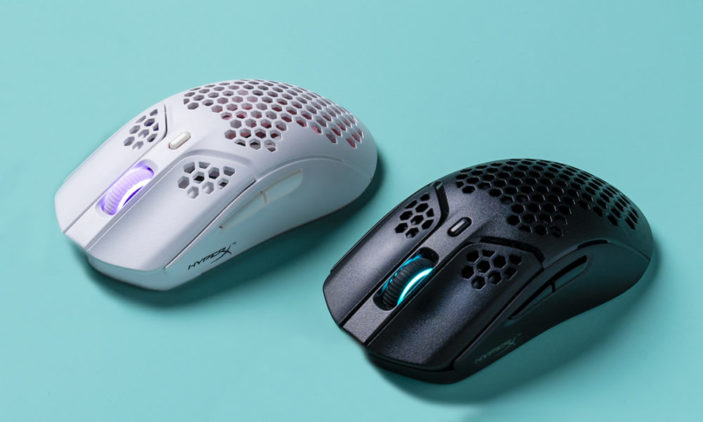 Available in both black and white, the Pulsefire Haste Wireless weighs in at an incredibly light 61 grams. It shares its design with its wired sibling, featuring an open-body honeycomb design and six total buttons. Build quality is also impressive, without any squeaks and creaks that come with a firm grip. The Pulsefire Haste Wireless is relatively small in size, but still provides enough length and width for larger hands like mine to utilise both a flat palm and claw grip comfortably. Featuring TTC Gold micro dustproof switches, clicking feels tactile and satisfying, with these buttons set to last you a ridiculous 80 million clicks.

The Pulsefire Haste Wireless also ships with an IP55 rating, making it resistant to and water, dust, oil, and dirt. It seems particularly important here imply because of the open honeycomb design. While you’d be forgiven for thinking something is bound to fall in there, you can be rest assured that the Pulsefire Haste Wireless is going to fend off external factors that may come with long term usage. 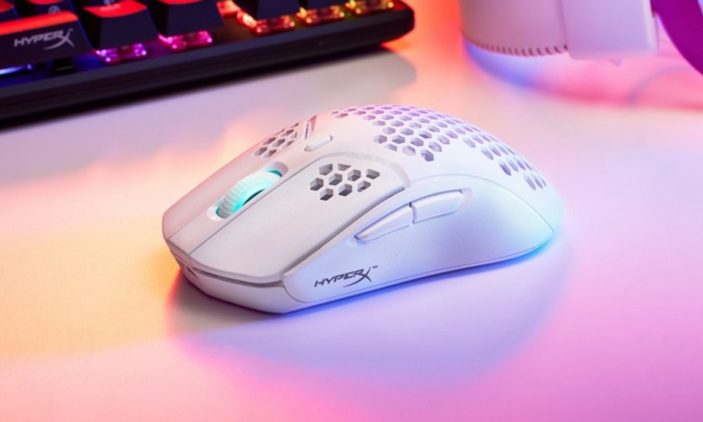 To top it all off, the Pulsefire Haste Wireless also includes four removable PTFE skates, which are not only incredibly smooth but interchangeable with included replacements. The inclusion of grip tape for both top buttons and sides are easy enough to apply and don’t leave any sticky residue when you’re finally done with them. The fact that these extras are rarely included with even those most premium of gaming mice adds a layer of value I never knew I needed.

In terms of functionality, the Pulsefire Haste Wireless is incredibly solid, if a little safe. Complete with 1,000Hz polling rate and a 2.4GHz connection, usage feels responsive enough, with the added ability to change form four dpi presents with the click of a button. At 16,000dpi, it’s what many have come to expect in terms of performance for a gaming mouse at this price. The 2mm lift off distance also really helps with those who like to lift and drag during more intense gaming sessions, retaining the fluidity and responsiveness that it provides on the mat.

Connectivity is also straight forward thanks to a 2.4GHz dedicated USB-A dongle that works right out the box. A USB-C charging cable also comes in handy, with a single charge lasting an impressive 100 hours. However, it’s still a shame that a mouse at this price doesn’t give gamers the ability to choose between 2.4GHz and Bluetooth connectivity. As most general and somewhat premium mice provide both these connections at a lower price point while providing a more ergonomic feel, it leaves a little more to be desired. 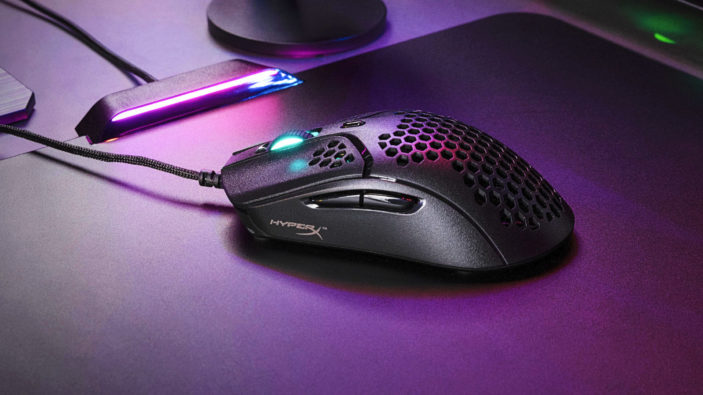 When it comes to customisation, the HyperX Ngenuity app can be downloaded via the Microsoft Store or HyperX website for free and provides a wealth of customisation options for specific buttons and macro combinations. Thankfully, the app itself is clean and easy to navigate. On the other hand, the Pulsefire Haste Wireless simply lacks interesting RGB customisation options. It doesn’t help that the Pulsefire Haste Wireless lacks much of the RGB lighting found in other mice in it’s class, instead opting for a single patch of RGB lighting through the scroll wheel. While it does penetrate slightly into the open design, it’s admittedly jarring to see such a design choice unaccompanied by RGB effects.

Overall, the HyperX Pulsefire Haste Wireless is a reliable gaming mouse for the mid-level market. With the standard 2.4GHz connection and 1,000Hz polling rate, it’s hard to argue with what you’re getting. While it would have been nice to be able to utilise a Bluetooth connection and some added RGB lighting, there’s also much to love, thanks to a whopping 100 hour battery life and USB-C charging. The Pulsefire Haste Wireless might not scream out for your attention, but for the palatable price tag, most will be forgiven.

Review based on unit supplied by HyperX.