Huawei MateBook 13 Review: Smooth, sharp, smart and close to perfect if it wasn’t for the battery

We conducted our review on the top-tier Intel i7 version and we found it immediately pleasing. With its aluminium body, the MateBook 13’s 1.3kg weight walks the fine line of being heavy enough to feel important and not cheap, yet not too heavy with its 14.9mm thickness further complementing the portability of the device.

A fingerprint scanner in the power button makes for a smooth, swift and secure login sequence. The full-size keyboard features strong and shallow keys that are nicely spaced and modern. The 1MP webcam has moved from the keyboard, where it was located on the MateBook X Pro, and is no longer shooting up your nose as it is now positioned on the top of screen. Whilst the extra large trackpad is welcomed, amidst the aluminium frame, it is noticeably plastic and feels cheap as a firm swipe of your finger is anything but smooth. 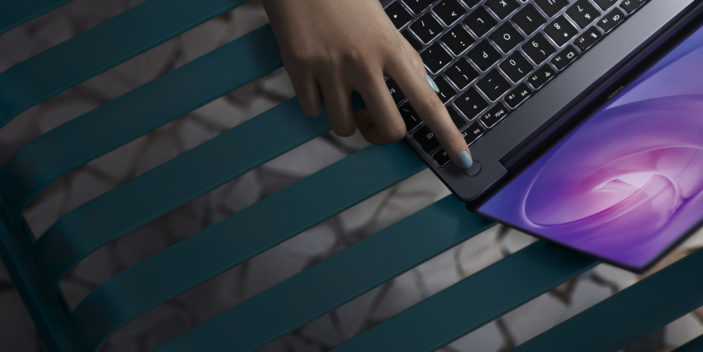 The bezel around the screen is a minimal 4.4mm strip which makes for an 88% screen-to-body ratio. It’s sleek, crisp, modern and inviting. The 13-inch, IPS 2160 x 1440 resolution screen is also a responsive 10-point touchscreen with a 3:2 aspect ratio. The 3:2 screen meant snapping 4 windows into place made for an aesthetically pleasing and configured screen. The 2K screen is impressively sharp, bright and responsive when streaming 4K content thanks to a contrast ratio of 1000:1, 300 nits maximum brightness and 100% sRGB colour gamut.

The MateBook 13 has one headphone jack, two USB-C ports and no Thunderbolt 3 which will mean if you’re super-fast connectivity to external high-res monitors you’ll probably consider the newest MacBook over the MateBook. 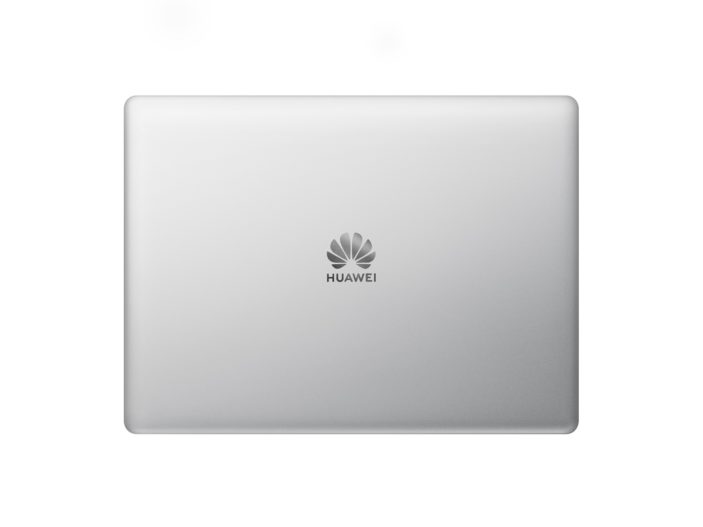 No hiccups were experienced when editing and rendering a 60 second video in Premiere Pro CC where 20% of footage was in 4K. Whilst we didn’t game, the grand pairing of the NVIDIA MX150 graphics card and Intel i7 processor was even capable of letting us snap 4 different 4K videos into each corner of the screen simultaneously and render other footage in Premiere Pro in the background without any stuttering or lagging. We did this task when running off battery power on High Performance mode and the new Shark Fin 2.0 fan design helped dissipate heat as well as keeping the noise of the fans at a gentle hum.

Huawei has launched their new NFC intelligent sharing system between smartphones named “OneHop” with the MateBook 13 release. Currently, it is only supported on select NFC-enabled Huawei smartphones running EMUI 9.0 or later, or Honor smartphones running EMUI 9.0 (or Magic UI 2.0) or later but wow is it incredibly fast. With the simple tap of the phone to the lower right of the keypad, 1GB of video was transferred in just 34 seconds and sending 250 photos from our to the MateBook 13 happened in a rapid 32 seconds. Fingers are crossed functionality is opened up. 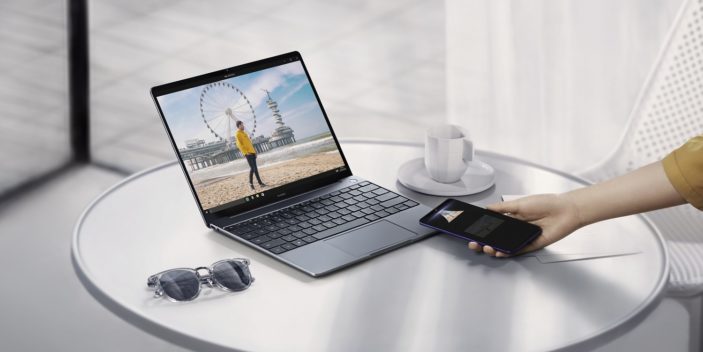 Now, the biggest let-down of the MateBook. As a writer, photographer and videographer, the MateBook 13 is a portable creators dream with its potential to edit all assets whilst on the road. Our unplugged experience was one of confusion when it came to the battery. We witnessed the completely charged device notify us of 5 hours of battery life remaining (battery performance and brightness @ 50%) – Huawei boasts 10 hours of 1080p video battery life at 50% brightness. Weirdly, when we switched over to battery saver mode, the prediction actually got worse and decreased to 4 hours and 30 minutes. In the end, when we did the 1080p video at 50% brightness test we recorded 7, 6.5 and 7.5 hours of battery life over three tests, respectively. The battery life predictions would stall at their advised time for a few hours before a quick decline over the last 2 hours of battery life. Whilst they are decent lengths, it really sucks to have the feeling of unreliability, especially when even the device is telling us such incorrect info.

The Huawei MateBook 13 is available from $1799 now at the Microsoft Store on George Street, Sydney and online HERE. To find out more information about both MateBook 13’s you can head to the official Huawei product site HERE.

Article based on a review unit provided by Huawei. Opinions remain that of the writer’s.