Tech Review: Hisense are a Smart TV pack leader with their 65P9’s stunning picture and sound

Hisense has boldly made a convincing case as to why they should be considered one of the TV companies that deserve your consideration when buying top-of-the-line, premium smart TV’s with the release of their 65″ Series 9 range. Also available in a 75″ option, the Hisense 65P9 was so large it blocked artwork we had on the walls and there was absolutely nothing wrong with that; instead, the ULED TV immediately became the artwork in the room.

The frame border around the TV panel is impressively sleek and it rests two stands. The first is an inch-think see-through plastic support and the second is a synchronous stand that complements the minimal frame and contemporary design. 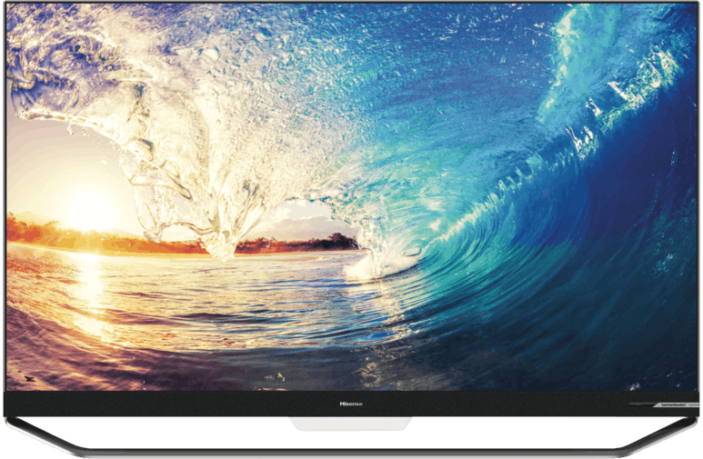 In the most basic description – 65 inches is big. That doesn’t mean picture quality has been sacrificed purely to make an impressive TV size. The 65P9 is a Quantum Dot (which is also available on the P8 model), full backlit-LED TV which means over one billion colours can be displayed so when this is combined with the panels 700 dimming zones it meant that blacks are truly black and lighter colours are crisp and pop against darker areas in the picture. 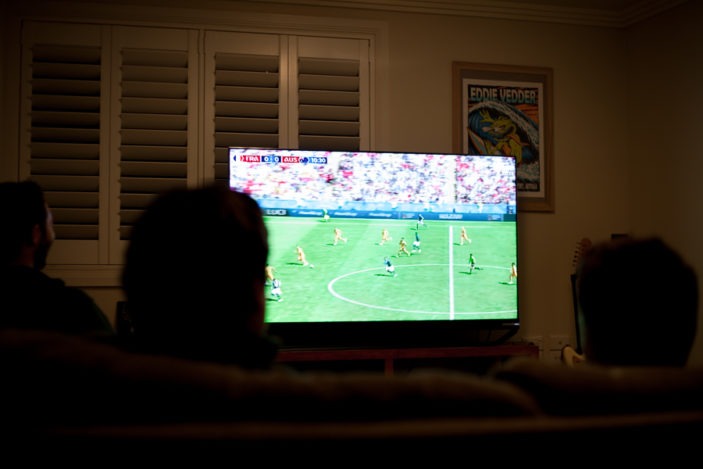 There was no lag or tail of the ball when watching sports like tennis and soccer where the lines of the tennis net and small print on the back of football jerseys was stunningly sharp and legible. Gaming is an experience in of itself. The large screen takes up a wealth of your vision and the action on the screen is entirely immersive. In fact, playing sports games like FIFA added a new level of strategy to the game as the immersive picture size meant you had to scan the frame to see potential players to involve in your current play.

Acoustic design comes from harman/kardon in the way of 2 x Tweeter, 4 x Mid and 4 x Woofer speakers in the back of the TV panel which completely eliminates the need for investing in any other speaker system in the room. The cheering of the crowd was rich and flowed around the room whilst watching Blu-ray concerts was again stunningly vibrant, bassy and entrancing.

As well as providing stunning image and sound quality, user accessibility, ease and customisation is certainly on the mind of Hisense.  RemoteNow allowed us to sync pictures and videos from our phone to the TV as well as change channel and volume. Perhaps the greatest use for the app will be the ability to use your phones keyboard to type in browsers and search bars on the TV. There are 5 USB and 4 HDMI inputs on the back which can be hidden by snap in panels that has the corner missing to allow for organised cable management to keep attention on the screen and not the plethora of black cables vining out of the side of the TV. 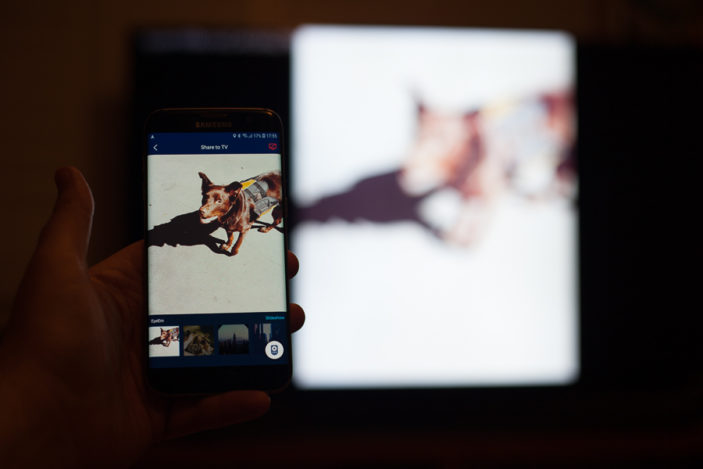 All inputs – from USB’s to HDMI and AV cables could be renamed to absolutely anything we pleased. There was no more hoping that we would pick the correct HDMI input when we wanted to play games; now, we simply renamed HDMI 3 to “PlayStation 4.”

The 65P9 is hard to fault. The only issue we had with the TV was the web browser would frequently crash when loading video streaming pages like Vimeo and Dailymotion.

The price of around $4000 is going to be too high for a lot of people, but it can easily be argued that the TV deserves to be in that price field. There are other brands that usually spring to mind when thinking of the top-of-the-range TV producing companies, but Hisense has proved that notion to be a thing of the past with this 65P9 release. Elegant design with refreshing user-customization and control options has been paired with rich and impressive colour and sound to put the 65P9 as a leader of the Smart TV pack.