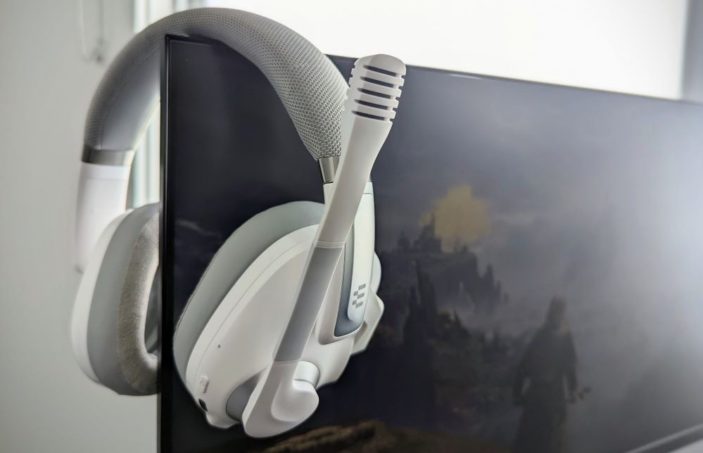 The high-end gaming headset market has assumed a predictable but ultimately reliable cycle; good sound quality, comfort for longer listening periods and a decent microphone, capable of making both the necessary callouts in your games and the odd phone call. Every new headset needs to bring something new to the table if they want to stand out in a rapidly homogenising environment. That being said, the new Epos H3Pro Hybrid brings with it a few neat features. Be it multiple ways to connect, support for multi device connection, big 40mm drivers and most notably, the addition of Active Noise Cancelling (ANC), you’ll be hard pressed to find anything more complete at this price point. But at $400 AUD, they are not cheap and have to stand apart from the competitive to drive the point home.

Out of the box, the Epos H3Pro Hybrid looks nice, although it may not be quite worth the price tag. The main body is comprised of plastic, with metal only present in the adjustable headband. Both the earcups and headband are made of a breathable mesh and faux leather, with the earcups also having suede on the inside where the cups contact your head; thankfully, they’re big and padded as they should be. They’re overall pretty solid in their quality, and the materials are all passable.

I found the headset to be quite comfortable for prolonged periods of time, with both the earcups and headband providing copious cushioning that seemed to mould to my head after a few sessions. At 309g, the headset doesn’t feel heavy either. While it does fit quite snug, I know that some will find it too much. This does an excellent job providing passive noise cancellation but there is clear improvement with ANC enabled. I was able to wear them for extended periods of time and never once felt any discomfort more than just warm ears. When wearing them, they also didn’t feel too bulky, and most the time you’ll forget you’re wearing them, which is always a positive.

The hardware is consistently good, with features that ensure that you can set them up as you require. The removable mic is the handiest though and feels sturdy when you remove it and reattach it with its magnetic connection. When removed, you can use the included cover to cover the exposed connection point on the side of the earcup, giving a more seamless look. It’s doubly handy to be able to remove the mic for use in public. It adds to the headset’s appeal as a daily driver rather than specialist gaming set that can feel a little too visually striking at times. As a result, it helps justify the price a little further. 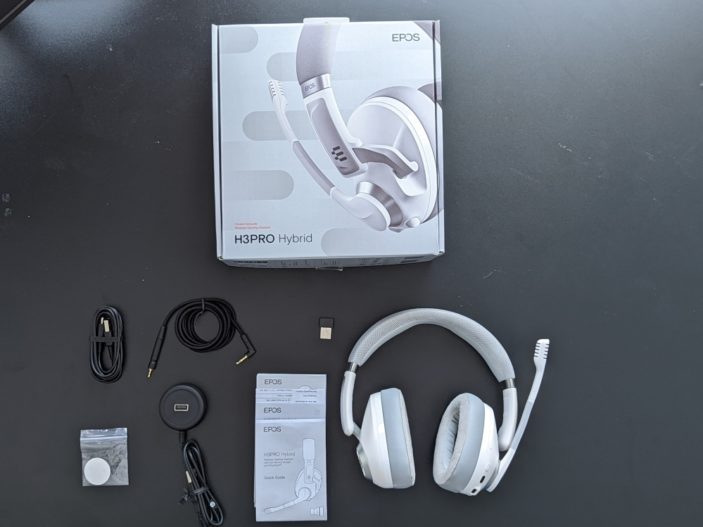 The battery life is good enough to keep up with all your long sessions but doesn’t quite reach the advertised numbers. It claims 30 hours when connected to the dongle, but I managed somewhat closer to 22 hours. Another consideration to make is that if you’re going to use the headset with multiple connections at a time, the battery life will take a further hit. The same applies when utilising ANC or listening at higher volumes. However, the 2 hour charging time, which brought my headset from dead flat to full capacity was rather impressive. I can’t help but award bonus USB-C charging. The main downside here is that you need to power on the headset even when using them wired, although they do charge when using them over USB-C.

The ANC (Active Noise Cancelling) is another great feature that works best for gaming from home. The ANC does an adequate job eliminating the common sounds at home; people talking, washing machines, air conditioning etc. However, it’s not entirely sufficient for public spaces that might throw louder sounds your way, falling short of the premium all-around Bose 700’s or Sony WH1000XM4’s.

Another killer feature is the connection options and integration of them. There are four ways to connect: 2.4GHz wireless, Bluetooth, USB and 3.5mm. The Bluetooth is surprisingly good, although it only supports the basic SBC codec. There were no glaring range issues, as I only experienced issues when moving about six metres away and through the multiple walls. The 2.4GHz dongle is handy, but experiences more hiccups than the Bluetooth, although it was still good enough for me to go to the next room, about four metres away, without any issues. But the main attraction is the multi device connection, which allows you to use Bluetooth in combination with either the USB or 3.5mm connection. This allows you to play audio from a phone or tablet whilst also hearing all game sounds. This works best for playing music or using other calling platforms.

But what the Epos H3Pro Hybrid does best is deliver consistently good audio quality. As a gaming headset, you get great audio quality that ensures that you’ll hear every footstep and every fine sound. Everything sounds crisp and clear and is even. At times the bass can become a bit ambitious, although at no point did it ever sound explicitly ‘bass-heavy’. The headset gets plenty loud and doesn’t distort when doing so. Occasionally some sounds may get lost in the mix, but it’s a minor complaint and hardly noticeable. The quality also translates into music listening enjoyability. Listening to music, I didn’t feel robbed of details and felt that the headset did a great job maintaining the distinction between the lows, mids and highs. This also adds to the prospect of daily use.

The headset also utilises the ‘Epos Gaming Suite’, a piece of Windows compatible software that allows further customisation. It’s a fairly practical feature that allows you play around with the various audio settings. It comes with four pre-set equaliser configurations, although they are probably not worth your while for general use. It’s better to just play around yourself with the equaliser, which allows you fine-tune as you please. Most people won’t use this suite but for those who do, it is handy. The suite also allows you to switch between stereo and emulated 7.1 surround sound which is a nice addition. The headset’s Bluetooth button also doubles as the ‘smart button’ which allows you to either switch between audio pre-sets, or stereo and surround sound on the fly.

The main downside for the headset is the microphone; unfortunately, this performed as expected. The headset uses a dual-microphone setup which does well in isolating your voice but isn’t exceptionally clear. That isn’t to say that the microphone is unusable; in fact, it’s far from it. The issue perhaps has more to do with the associated price tag; at $400, I would hope for more from the mic. It’s definitely usable and never did I have any issues with anyone not being able to understand me. I took part in phone calls, Discord calls, PlayStation party chats and more, and there never was an issue. The mic adjustment features in the gaming suite greatly soften the blow from the occasionally middling microphone. Naturally, if you have a dedicated microphone that should be used instead. 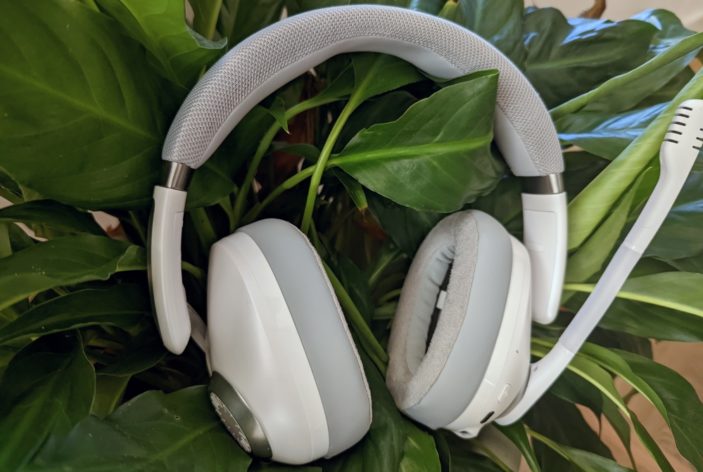 The bottom line is this; the headset if one of the premium all-rounders and you will likely never run into any issues. The headset is not worth it for the casual user, there are plenty of alternatives, including from Epos. While the build quality and microphone may feel a little underdeveloped, there’s no doubting the premium quality sound and customisable features, that allow you to adjust your experience on the fly, for use on multiple devices. The sleek look and detachable microphone allow you to take the Epos H3Pro Hybrid out and about without the heft and weight of a more traditional gaming headset. Ultimately, if you got cash to splash, the argument is strong for the Epos H3Pro Hybrid.

Review based on unit supplied by Epos.