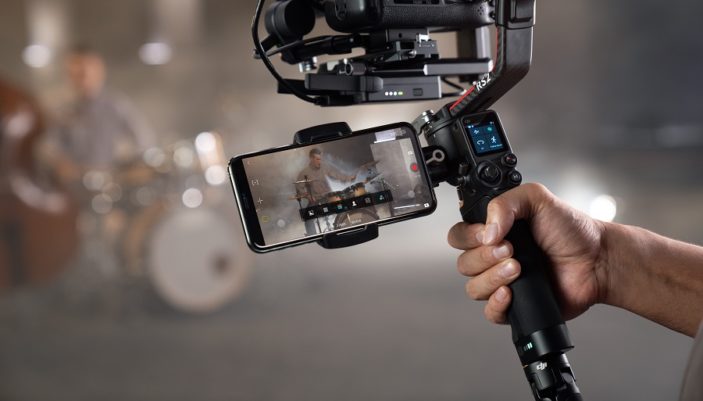 Following the release of the OM4 – which we slapped with a top score in our review – the perpetual drone-flying team at DJI has announced a swift expansion to their popular Ronin series of professional gimbals, introducing the rebranded DJI RS 2 and DJI RSC 2. Both systems have been designed to offer a smarter and more fluid experience for filmmaking and content creation, offering extremely robust, versatile and sleek 3-axis camera gimbals that look like they just about do it all.

The main difference between the two is that the DJI RS 2 puts focus on strength and agility for heavier camera systems like a DSLR and compact cinema cameras, while the DJI RSC 2 was created to be more portable for those using mirrorless and more compact cameras.

“DJI’s first Ronin-S and the original Ronin-SC created so much excitement when they launched that we immediately went back to the drawing board to figure out how to make our products ever better”, said Senior Product Line Manager Paul Pan. “Just like with the first version, we took time to research how our professional customers use their Ronin products and what new features they wanted in the next generation of a handheld gimbal. Yet again, the result is the culmination of user feedback, years of design and development, and significant advancements in stabilisation technology”.

Stronger motors, lighter materials and heavier payloads are standard across both models, as well as a huge range of highly considered new software that sems to account for just about everything a content creator would need to create perfect visual stories.

Both now use the updated ActiveTrack 3.0 with a RavenEye Image Transmission System to send a 1080 30fps low-latency feed to any mobile advice using the companion Ronin app, tracking a distance of up to 100 metres for remote operation. This means that vital features can now be adjusted over reasonably long distances, maintaining a hold over movement using the virtual joystick and a Force Mobile feature, which mimics the mobile devices movement.

Numerous pre-programmed movements have been designed to further advance what these gimbals can do and how they assist content creators in nailing those specific, nuanced shots. A suite of creative modes, movements and features have been carefully calibrated, like the New Time Tunnel which performs a 360-degree roll while recording a hyperlapse; Flashlight, which tilts the camera all the way forward to users can grip the base like a flashlight; One-Tap Portrait mode, which seamlessly changes the camera’s orientation in a nod to social media geared content; Panorama, where users can choose a start and top point for panoramas up to gigapixel size; Roll 360, which rolls the camera system a full 360 degrees from Flashlight position; and a more advanced version of classic Timelapse mode.

Although do note that some of these, like the Time Tunnel for DJI RSC 2, will be made available at a later date through a firmware update.

Power users will most likely want to go straight for the DJI RS 2, which has been specially designed based off feedback from professional operators and uses carbon fiber to keep the weight at a steady 1.3kg, while supporting a dynamic payload of 4.5kg (tested). This will allow creators to use heavier camera and lens combinations while still allowing for a reliable 12 hours of battery life. A newly optimised Titan Stabilisation Algorithm has been used to reduce the need for a manual user input, while compensating for user movement and optimising the gimbal tilt and angle. Complementing this is a new SuperSmooth mode which compensates for longer focal length lenses up to 100m. As such, the RS 2 can be easily attached and used with other systems such as jibs, car attachments and sliders.

The DJI RSC 2 will sharpen focus on portability, coming with a new folding design so intrepid creators can carry the device with them without adding additional weight to their gear list. This design also provides creatives ways to use the gimbal creatively, like filming vertically without any add-ons, and loosening the arm to sling the gimbal forward for unique angles not possible with previous models.

Steel and aluminium have been used to reduce the overall weight of the gimbal, clocking it at 1.2kg with a folding footprint of 180x190mm (that’s the size of an A5 sheet of paper) and payload allowance of up to 3kg. Like the RS 2, this device also sports as 12 hour battery life and quick charge, as well as makes use of the new Titan Stabilisation Algorithm to generate a whole new level of stability.

In Australia, the DJI RS 2 is available as a standalone device for $699, while the DJI RS 2 is priced at $1,299. Pro bundles can be purchased for an additional cost and include accessories like a phone holder, focus motor, RavenEye Image Transmitter, a dedicated carrying case, and more. More information can be found here.