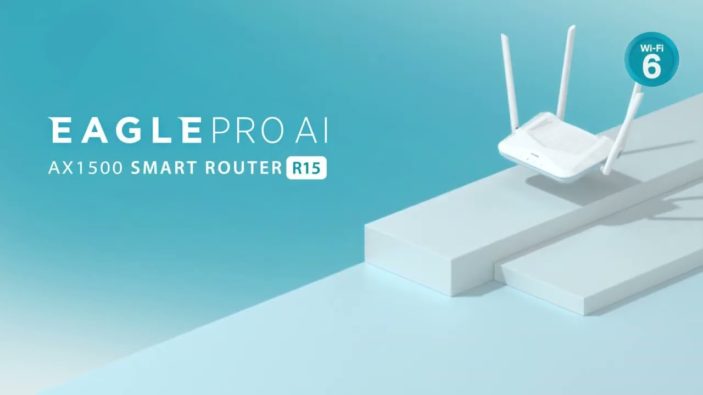 D-Link’s new Eagle Pro AI series of routers is looking to shake things on both sides of the market, from entry-level routers-to premium mesh systems. The R15 AX1500 Eagle Pro AI stands as the entry-level option, but provides some nifty value through its compact design, Wi-Fi 6 functionality and various smart features including Google Assistant and Amazon Alexa voice control commands, that this side of the market have been missing as of late. It might not jump out at users in any particular way, but still serves as a worthy upgrade for those looking for Wi-Fi 6 connectivity, or as a basic upgrade for those rather bare-bones routers provided by most internet and telco providers.

Much like its sibling, the G415 4G Smart Router, the R15 is rather compact an unassuming, sporting a flat white paint job and four side antennas. Unlike the G415, the R15 does sit flat on its back rather than standing upright, meaning it might take up a little more room in some spaces. That being said, the R15 is one of the smallest routers I’ve ever used, so I can’t imagine both the size and orientation being too much of an issue for most users.

The back of the router also sports three Gigabit Ethernet LAN ports, and a single Gigabit Ethernet port for even faster transfer speeds, the latter of which is now becoming a standard for all levels and tiers of internet routers. Beyond this, there’s admittedly not much going on with the router, which isn’t necessarily a bad thing. Its smaller size allows it to be tucked away, while the only thing I can truly point out regarding the overall appearance and design of such a router, is that the flat white colourway may stand out, particularly if your internet setup is located in a central position in the home.

In terms of performance, the R15 plays things relatively straight. With the ability to hit speeds of up to 1,201Mbps on 5GHz band and 300Mbps on the traditional 2.4GHz, most Australian users will find the router capable of transmitting the fastest speeds our internet companies and telco providers have to offer. Unlike most entry-level routers and routers provided by the aforementioned internet and telco companies, the the R15 can cover a whopping 230 square metres, making it a no-brainer for both smaller and larger households alike, without the need to purchase any external or additional extenders.

That being said, the R15 does play friendly with the Eagle Pro AI range, meaning such extenders and even additional routers can easily be paired to the R15 via the Eagle Pro AI app. Much like the G415 4G Smart Router, the Eagle Pro AI Engine also keeps users tuned to the most reliable band at any given time, be it the 2.4GHz or 5GHz band, allowing multiple uses to consistently access the most efficient and reliable method of connectivity.

Thankfully, the Eagle Pro AI app is incredibly friendly and easy to use. As we’ve covered most of the apps functionality and features in our D-Link G415 AX1500 4G Smart Router Review, we have included the relevant excerpt below, outlining a nearly identical experience in relation to the R15:

“It’s incredibly easy to navigate, and is responsible for additional features, including the aforementioned AI Mesh Optimiser and the handy AI Parental Control. As the name suggests, AI Parental Control allows users to monitor and manage their children’s online activities. From here, you can create a profile for individual users to block and minimize access to the internet. Aside from the rampant virus exposure that may be a cause for concern for some parents, certain sites can even be curbed thanks to a web filter.”

“The Eagle Pro AI App also allows for voice control through multiple platforms including the Google Assistant and Amazon Alexa. This might feel unnecessary for some, but is a welcome inclusion for those looking to turn their home into a smart, interconnected haven. The included AI Assistant can also whip up weekly reports for you incusing user activity and general internet traffic, with recommendations on how to solve the issues that may arise as a result. Overall, the app is incredibly easy to navigate and continuously informative at every step.” 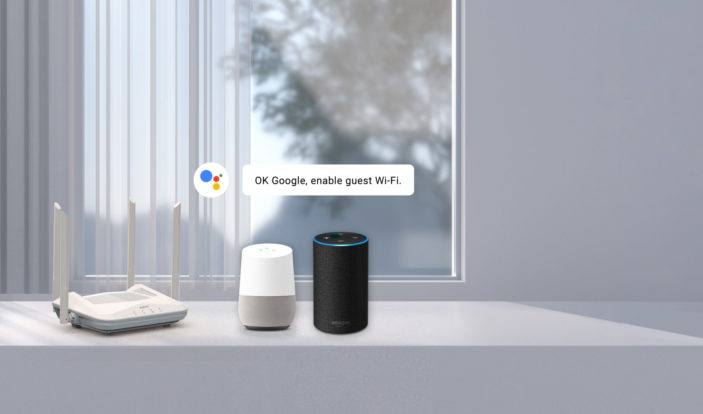 Overall, the D-Link R15 AX1500 Smart Router is a reliable router for the entry-level price tag. Thanks to the Wi-Fi 6 compatibility, Eagle Pro AI app and compact design, it’s admittedly hard to pass this one up, should you be upgrading from a basic router provided by your internet provider, or imply looking to the future for Wi-Fi 6 support, which is arguably provided here at one of the cheapest price points in the market today. Impressive range will negate the need for extenders in most homes, while such a solution is incredibly easy to set up given the seamless functionality of the Eagle Pro AI app. If you’re looking for a solid all-rounder for an entry-level price tag, you might not need to look any further.

FOUR  STARS (OUT OF FIVE)

Highlights:
Lowlights: White colouring can stand out, particularly if internet setup is in a central location
Manufacturer: D-Link
Price: A$199
Available: Now