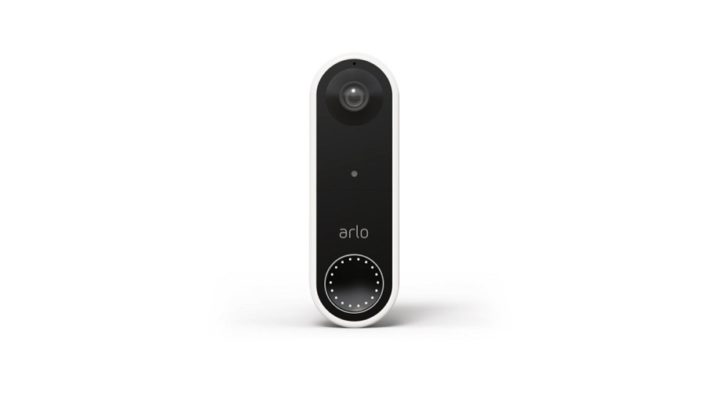 By 2024, its predicted that more than 7 million smart video cameras will be totalled across Australian households. Does that sound accurate? It just might. Interest in smart security picked up dramatically in 2020, even though most people were staying at home. And as 2021 continues to unfold, it’s highly likely that interest will keep moving along quite nicely. That’s pretty much a given now that what was once considered an expensive ecosystem to dive into, has become a bit more accessible. Arlo are tapping into that trend with the Essential Wire-Free Video Doorbell, part of their newly formed “Essential” series that is much, much easier on the wallet.

Much like Arlo’s Essential XL Spotlight Camera, which I reviewed here, the Arlo Essential Wire-Free Video Doorbell is a practice of perfect balance, weighing an attractive price point with a feature-rich wireless doorbell that won’t compromise on the quality and intuitive use I’ve come to expect from this brand.

The wire-free design certainly helps. I’ve tested quite a few wireless video doorbells across a few brands now, and it’s always nice knowing that installation will be simple and painless whether or not I have existing infrastructure in place for a doorbell. Not all homes do; in fact I’m willing to bet that most don’t. The Arlo Video Doorbell doesn’t, which was a substantial mark against Arlo’s otherwise successful first attempt at making a doorbell with an in-built video camera.

The weatherproof body is pretty much what we’ve come to expect from the brand. The look favours minimalism, with a speaker with two-way audio and a camera at the top capable of full HD that works rather well both day and, most importantly, night.

You get the usual angled mount for flexible installation, a ring of LED lights around the doorbell so people know to press it when they approach the door, and some cables just in case you have power for continuous juice. If you don’t have those existing cables, you’ll need to recharge the battery every few weeks.

The best thing about this compared to some competing models from brands like Amazon and Google is that Arlo have had the good sense to work in a handy 180-degree viewing angle with a 1:1 aspect ratio. This was praised on the aforementioned Arlo Video Doorbell, and similar props must be given here. You can see someone from head-to-toe, which is convenient if you’ve got someone at the door who just dropped a package on the floor – you can actually see the package now.

The video is as crisp and clear as you’d expect at this price, pretty much placing it on par with equally priced video doorbells that I’ve tried. However, though it’s clear enough at night, there’s still a significant amount of glow around figures when they approach, with blurry details the further they are from the camera, despite night vision. Once they are right in front, clarity is of no issue.

I like how absolutely responsive the doorbell is. Usually you’d get a press and then a notification on your phone. You’d have to either swipe up and open the app, or tap the notification – depending on how responsive your phone is. This doorbell just calls you so you can pick up; it’s much, much quicker than the latter process.

Two-way audio is a lot cleaner and expressive than I expected it would be. I live on a fairly quiet backstreet in a fairly boring neighbourhood, so I’m not able to properly test whether or not the speaker can cancel out background noise as well.

Motion detection is the most contentious of issues when it comes to smart security. Sometimes they can be be just too damn sensitive and drain the battery fast. Like all of Arlo’s other devices, the ability to set parameters and tweak sensitivity is always welcome. That’s no different here, and with the accompanying Arlo app still one of the best I’ve used across Nest, Ring and Arlo.

At $329, the Arlo Essential Wire-Free Video Doorbell is a steal. You’re obviously paying more for this than you are the original Arlo Video Doorbell, which was $289, but that required existing wiring. This doesn’t. The battery doesn’t last for as long as it should, but at least the installation and ease of use is a healthy trade-off. As long as your diligent with it and don’t just forget about it for days on end – something I’m guilty of with these things given my street is fairly safe – then this is possibly the best doorbell you can get right now, primarily because of the aspect ratio.